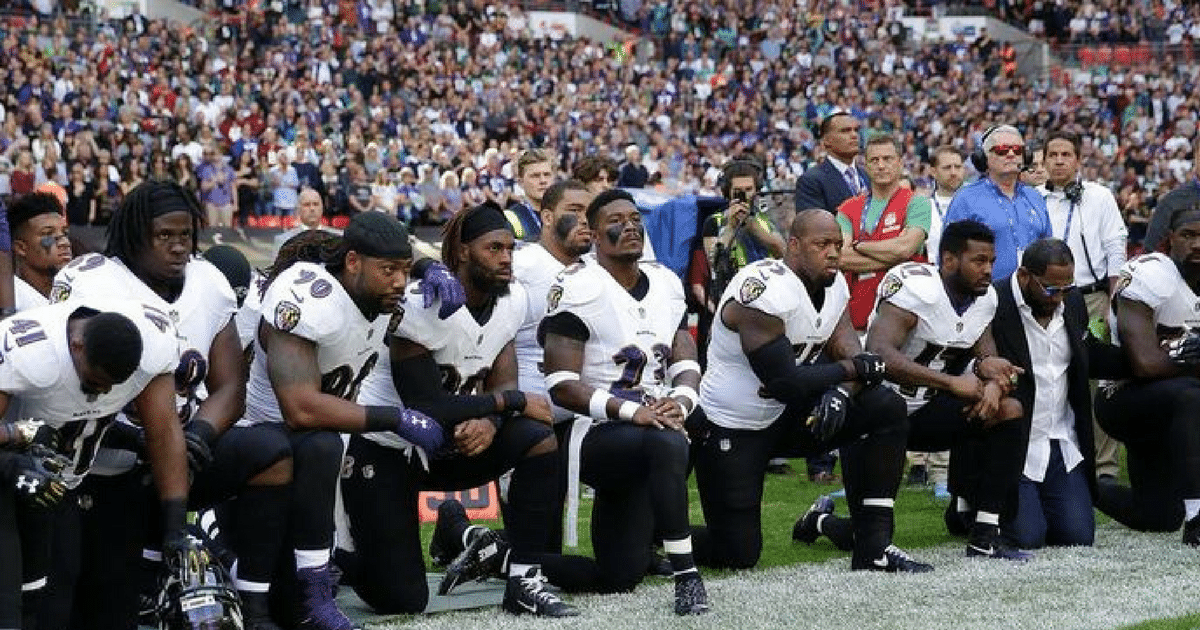 Things had been pretty good for the National Football League for quite some time. Then a completely avoidable controversy happened.

Someday in the future, business students will revisit the way that the NFL responded to the totally unnecessary situations that arose from the National Anthem protests as an example of how not to deal with a contentious issue.

Rather than nip it in the bud, the NFL allowed the problem to metastasize to unsightly levels.

League officials are now in scramble mode to repair the damage done to a brand that once seemed impenetrable.

As tends to happen during dark times, problems are beginning to snowball for the league.

The Western Journal shares another problem that the powers in the league offices are wrestling with.

The GOP tax plan unveiled Thursday by Republican members of the House reportedly contains a provision that would prevent professional sports teams, including the NFL, from taking advantage of tax-exempt municipal bonds, a government service usually reserved for local communities.

“Generally used for roads, hospitals and the like, a number of communities have extended them to help out sports teams, usually as a way of enticing a team to stay in a community,” The Washington Times reported. “Axing the break would save $200 million over the next decade, according to early estimates.”

As reported by Reuters, “(o)f the 16 NFL stadiums built or renovated from 2000 through 2014, 13 were financed in part by tax-exempt bonds with an average financing worth $360.2 million.” The total costs of these bonds was an estimated $3.7 billion.

The NFL has gotten what it wanted for decades, and there hasn’t been much more than a peep about that. Speaking in late October on “Fox and Friends,” Rep. Matt Gaetz shared his plan to add a provision to the tax reform bill that would eliminate tax loopholes for any NFL teams that protest the national anthem, according to Newsmax.

“I don’t think that the millionaires and billionaires associated with professional sports ought to get a special tax break that’s not available to the regular small businesses and regular folks in my district and across America,” the Florida Republican said.

“If there are players with concerns about racial inequality or the criminal justice system, rather than taking a knee, how about they take a stand and actually advocate for some proposals that they think might improve quality of life for people?” he added.

It’s amazing what can happen when you unnecessarily call attention to yourself.

Few tears will be shed for the NFL this time around, nor should there be.

The league has clearly demonstrated that it’s incapable of handling its own housecleaning, and that’s directly leading to them slaying their own golden goose.

Ratings have taken a hit, interest is on the decline, and fans and viewers are finding elsewhere to go for the escapism that the NFL used to provide for them.

We’ll have to wait and see if those same students we referenced above will be studying how the league recovered from its massive misstep – or if that misstep led to its ultimate downfall.