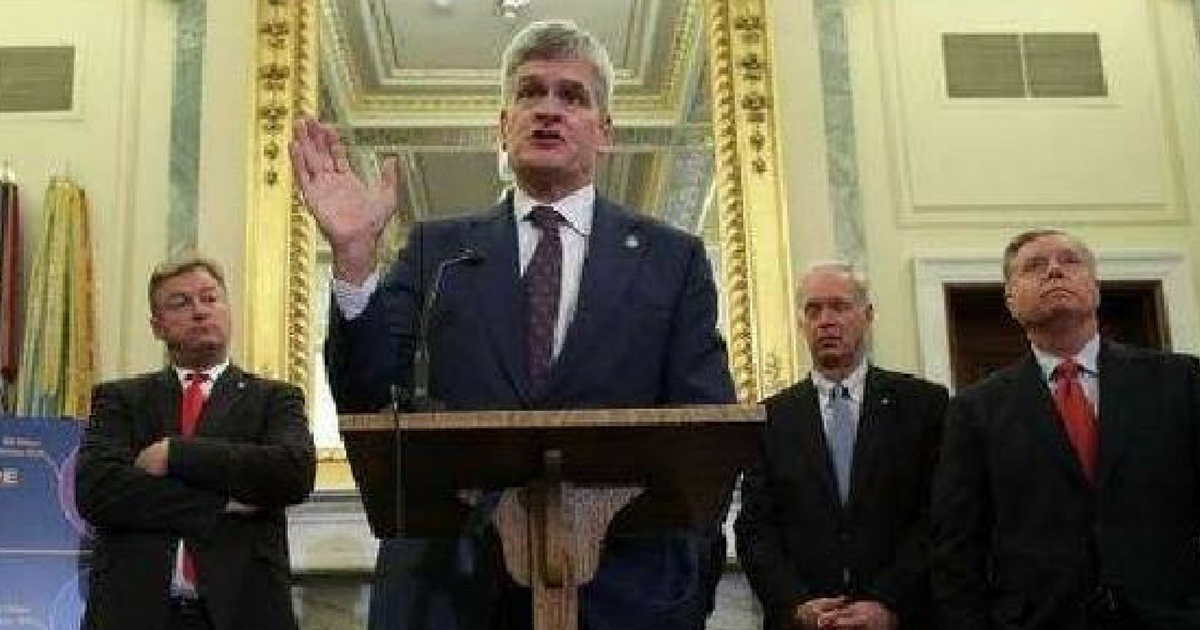 This is it folks. The last chance for the GOP to prove themselves worthy of our support.

There has been no greater show of failure for the Republican Party than the failure to repeal Obamacare. But conservatives might have one last trick up their sleeves.

Fact is, after nearly eight years of talk, promises, and ‘Repeal the Affordable Care Act’ practice runs, you would think that Republicans would easily get rid of Obama’s signature mistake…once they had a Republican president. One who, mind you, promised all of America that he would sign a repeal bill.

But they didn’t. Not in several tries. It’s hard to demonstrate total failure better than in this situation: something you’ve wanted to do for nearly a decade you can’t do, once you finally have the power to do it.

Trump was pissed. He had a right to be.

But luckily for him, and us, a few good senators have crafted one last chance for America.

And their plan is finally gaining steam.

I would not sign Graham-Cassidy if it did not include coverage of pre-existing conditions. It does! A great Bill. Repeal & Replace.

A last-ditch effort by Senate Republicans to repeal and replace ObamaCare is gaining steam, suggesting lawmakers could face another vote on ending the former president’s signature law later this month.

The Graham-Cassidy Obamacare repeal bill engineered by former Pennsylvania Senator Rick Santorum and a broad coalition of Republicans in both the House and Senate, along with several governors, is gaining traction in the Senate.

I hope Republican Senators will vote for Graham-Cassidy and fulfill their promise to Repeal & Replace ObamaCare. Money direct to States!

Supporters do not have the 50 votes necessary to pass the bill yet, but pressure is growing on Republicans to back the measure, which could replace much of ObamaCare with block grants for states.

We’ve written about this bill before. We’ve explained what’s different about it and all the other failed Obamacare Repeal attempts that have crashed and burned in recent years.

And the difference here? Literally everything.

All the other Obamacare repeal bills have one thing in common: they tried to do what Obamacare did, but better. It didn’t work. Because Obamacare itself didn’t work.

You can’t have all a nation’s health questions routed through one central DC hub. It’s big government bureaucracy at its worst – inefficient, slow, and terrible.

But Graham-Cassidy splits up that decision-making power, and gives it to the states. One hub turns into 50. And that is a big difference.

And given that the bill is getting more and more commitments, it’s likely that it will pass the necessary threshold to be voted into law.

Lindsay Graham may have lost the election for a reason – he was needed here instead.