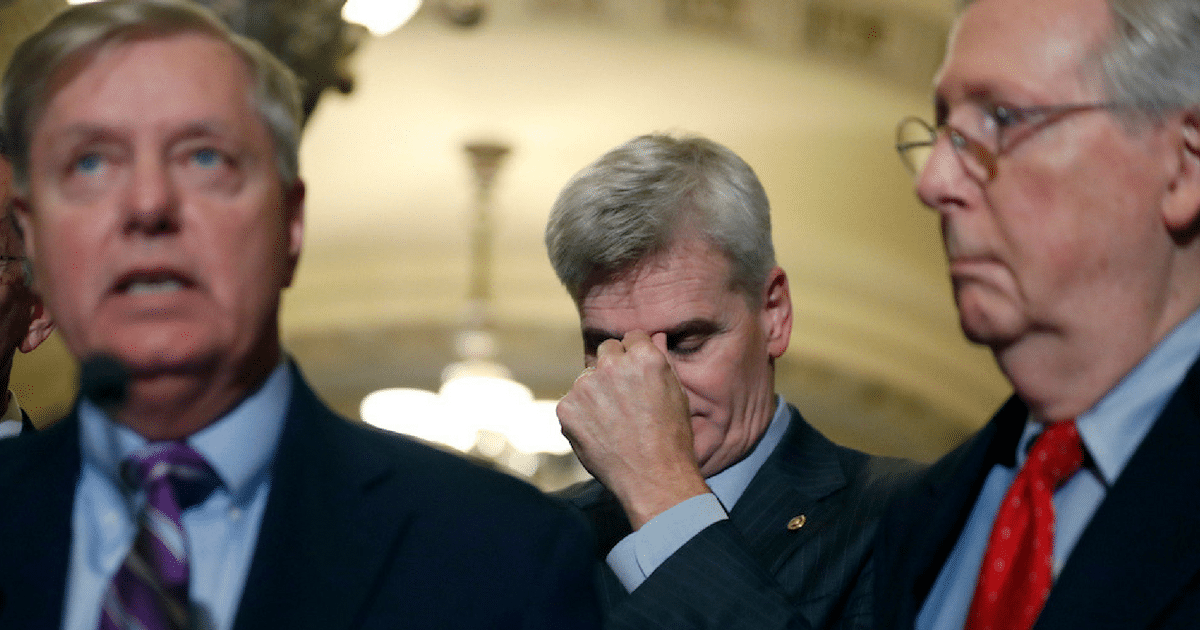 For years we’ve heard republicans make promises about Obamacare. They’ve told us, that if they get a majority in both the House and Senate, a repeal would happen.

They’ve got that—and a republican president—yet nothing has happened. Even republicans who promised to repeal it in the past actually voted against recent repeals.

Since it’s clear the GOP has failed the American public, President Trump is moving ahead on his own, with a plan that should help many.

President Trump is preparing an executive order to allow people to purchase health insurance across state lines, a reform conservatives have long championed as a way to bring costs down and stir greater competition in the national marketplace.

The executive action gives the White House a chance to follow through on at least one promise related to healthcare reform after Senate Republicans’ second attempt to overhaul Obamacare failed this week.

A Senate GOP source told the Washington Examiner the executive action is considered “a done deal” and likely to be announced “in the next few weeks.”

Trump later confirmed to reporters he is likely to issue an order permitting “people to go out across state lines, do lots of things, and buy their own healthcare.”

One of the biggest problems with Obamacare is the shocking lack of choices it provides to Americans. As more and more providers drop out of its market, Americans are left with terrible plans—or nothing at all.

If this executive order goes through, it will create competition and choice for millions. It will help bring costs down, as companies will want to lower prices to attract new customers from across the country.

And it will provide many more options for people, as they will be able to acquire insurance from other states.

According to reports, this executive order is already a “done deal.” That means it could be announced very soon.

In the past, however, we’ve seen President Trump’s executive orders get stalled or thrown out by radical, liberal judges. Are the democrats so eager to protect the failed Obamacare program, that they will compel judges to do the same for this?

Are they so determined to rob Americans of heath care coverage, simply to frustrate Trump?

We’ll soon find out, won’t we?