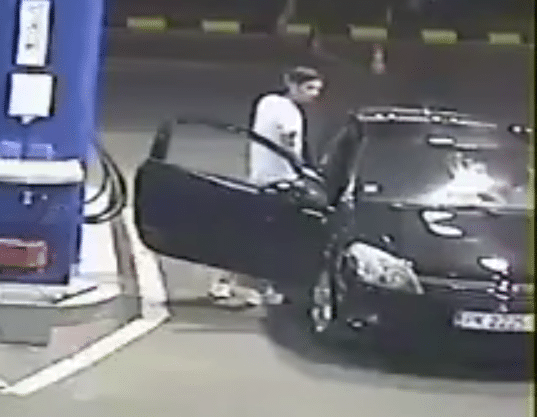 If you can’t follow some simple rules, then it would be good practice to become accustomed to dealing with the consequences.

For example, if you go out for the evening and decide that it’s a fabulous idea to become belligerent and obnoxious, there’s a good chance that you’ll be given a warning to pipe down and control yourself.

Failure to do that will lead you to be encouraged to take your business elsewhere. The stink that you raise when that happens will do little to bolster your case. You were presented with a simple cause and effect scenario, and you made the wrong choice.

In some cases, the consequences are even worse when you completely dismiss warnings – like at this gas station.

The Daily Caller shares what happened when someone made the moronic decision to smoke a cigarette while getting gas.

In one of the more hilarious videos of recent vintage, a gas station attendant in Sofia, Bulgaria was concerned about a customer smoking a cigarette as he filled up his tank, and dealt with the situation in a novel way.

The customer, a young man in a baseball cap, was in the passenger seat as the car pulled in next to the gas pump while another customer pulled in on the other side of the pump.

The young man in the cap got out of the vehicle, smoking a cigarette, and was apparently addressed by the gas station attendant off-screen.

When the young man would not extinguish the cigarette, the gas station attendant marched over, seized a fire extinguisher, and doused the man and the open car behind him with foam.

We’d like to assume that the young man in the baseball cap learned a valuable life lesson here, but we’re not too optimistic.

If you are actually walking around the face of the Earth thinking that smoking a cigarette next to gas pumps is no biggie, there’s not too much hope for you.

You can check out what happened below, and be sure to file it in the memory bank in case you become inspired to smoke at a gas station.