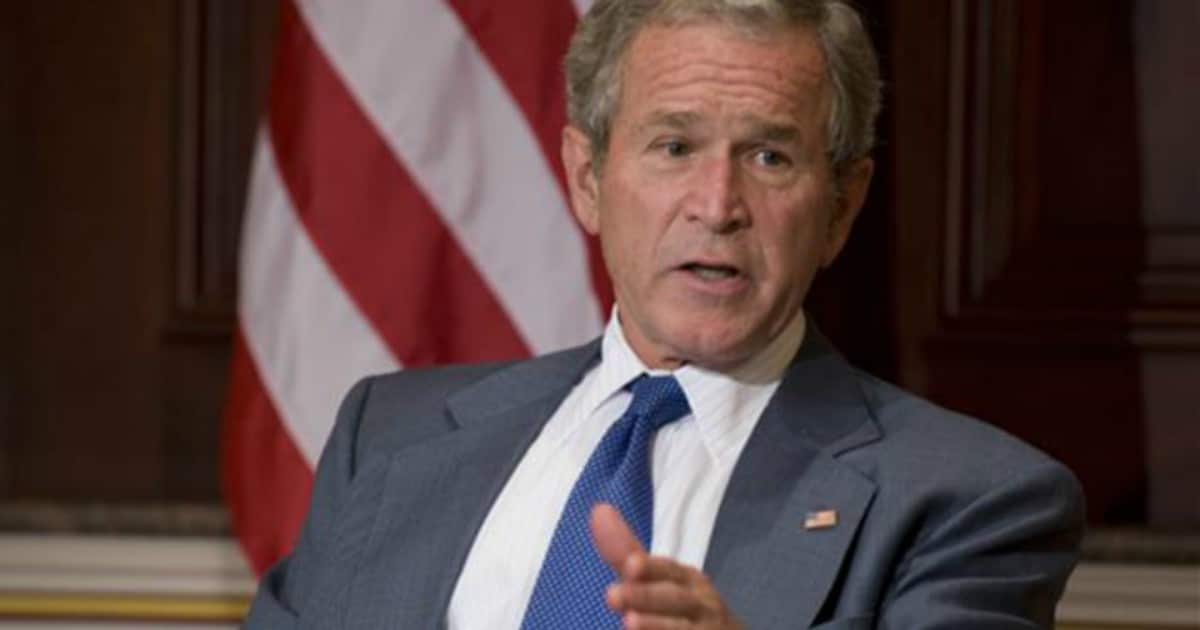 Everybody was expecting it, but nobody thought he’d say this.

Former president George W. Bush has stayed out of the public eye ever since he left office. Not many conservatives love him, considering his time in office helped usher in Barack Obama (many of us are still shocked to see how buddy-buddy he’s been with Barry).

While he did help protect America in the aftermath of 9-11, there were many choices made during his presidency that are still considered controversial. Many liberals called him the worst president of all time — at least until recently.

During the 2016 Presidential Election, we didn’t hear much from W. While the rest of the Bush clan was outspoken against Donald Trump, he kept his mouth shut. It was clear that the Bushes resented Trump for beating out Jeb in getting the republican nomination.

Some of the Bush’s even favored Hillary because of that turn of events, a direct insult to their party and conservative values.

But now that Donald Trump is president, there are some eager to hear what W has to say.

In a recent interview, George W. finally spoke his mind on the current political climate. What he had to say was not what the liberal world wanted to hear!

Former President George W. Bush put NBC’s Matt Lauer in his place during an interview about President Donald Trump and his treatment of the media.

In Bush’s appearance on NBC’s “TODAY,” Lauer asked President Bush what he thought of President Trump’s job in office so far.

The former president responded by saying the media haven’t exactly made President Trump’s job all that easy.

“When I was president, you (the major networks) mattered a lot more,” Bush told Lauer with a smile on his face. “Because there were, like, three of you. And now there’s all kinds of information being bombarded out. People can say things anonymously, and it’s just a different world.”

Boom. I bet Matty didn’t expect Bush to come out swinging like that.

I’m not sure what Lauer thought Bush would say. Perhaps he was hoping to get a sound bite of the republican president criticizing Trump, to use as ammunition in the media’s ongoing war with him.

But did he really think that the man that was daily ridiculed and beaten by the MSM would now come out and help them?

Despite his foibles, W was a hard-working president. He was given a very bad hand, in that his first year in office, the United States faced its worst terror attack. Yet the media refused to give him any credit, and spent eight years destroying his character.

Now he has a chance to expose the hypocrisy and dishonesty of the media and he did so brilliantly. He knows that the “big” media outlets don’t matter anymore.

After all, they worked so hard to stop Trump from getting elected, what makes them think they can stop him from being successful in office?

If good ol’ W is willing to say it, you know it’s true.

Of course, this revelation won’t convince the mainstream media to start reporting on Trump honestly or fairly. In fact out of bitterness they will only double down on the fake news to discredit the President.

But we, like George, all know the truth: they don’t matter anymore.