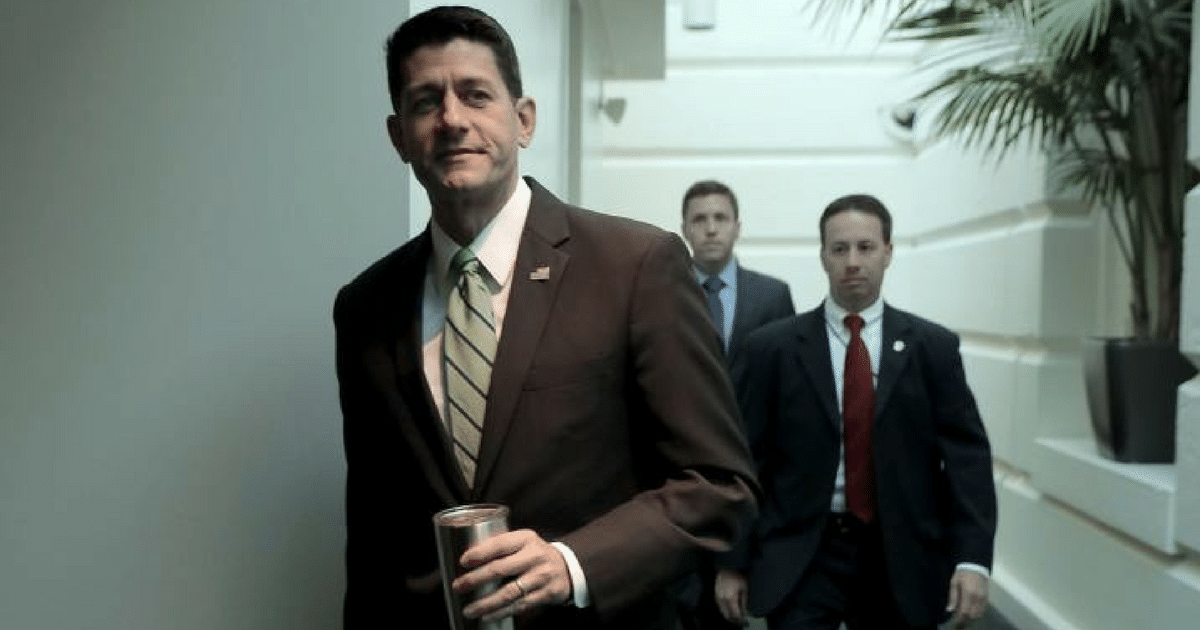 If there’s one thing we’ve learned about Paul Ryan, it’s that he does what he thinks will get him re-elected. That’s not a good thing.

Ryan, remember, has been behind nearly every sabotage against President Trump since the election. No money for a border wall? Ryan’s doing. Failed replacement for Obamacare? Ryan. The list keeps growing.

It wasn’t real surprising, therefore, when Ryan decided to make the political move after the Las Vegas shooting, and come out in support of gun control…with Hillary Clinton.

Even when the actual ‘control’ suggested would have done nothing to stop Stephen Paddock from his murders. Because what is a ‘silencer’ going to do to a guy 32 floors up? Ryan has now shelved the Hearing Protection Act, which was introduced into Congress on January 9; it is the legislation containing suppressor deregulation.

The Act does not legalize suppressors–as they are already legal–rather, it removes the burdensome process for acquiring them and erases the federal tax that must be paid in order to receive permission to possess one.

If you missed it, and are wondering why in the world we’re even talking about suppressors, it’s because of Hillary Clinton.

The crowd fled at the sound of gunshots.

Imagine the deaths if the shooter had a silencer, which the NRA wants to make easier to get.

And if you’re wondering what difference in the world a suppressor would have made to Stephen Paddock, well…none. It would literally have changed nothing.

From 1995 to 2005, only two cases of gun violence involved a "suppressor," incorrectly referred to as a silencer. In one of those cases, it was homemade. Don't let the facts impact your decisions though, @SpeakerRyan. https://t.co/tKzSUVMxbh

It’s almost like what they actually want is just power.

But Ryan? His decision to go after suppressors reflects one simple calculus – gun control is popular right now. And if Ryan supports it, he’ll be popular, too. Even if it won’t last.

And it won’t. Because whatever else Americans think, they do think this: a politician with principles is better than one that constantly changes his mind. And it’s a good bet that Ryan will be right back on the side of Middle America as soon as people realize that gun control doesn’t work.

But I’m not sure I want that guy in charge of securing my freedoms.