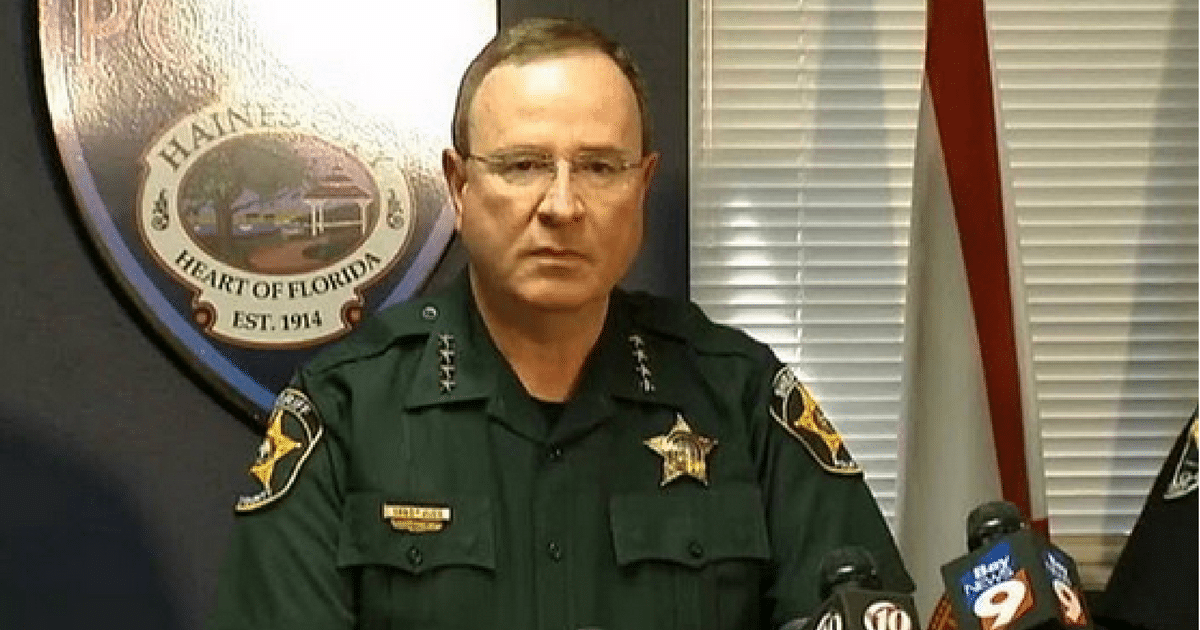 One of the most dangerous things about hurricanes is this: it forces people together in big groups.

You’d think that might be a positive thing. After all, surely the flooding, winds, and destruction are worse. Hurricane Irma has already killed some 11 people, and it hasn’t even reached Florida yet.

But a large group of frightened people is never a good idea – they’re an easy target. For con men, thieves…and sex offenders, frankly.

And it’s why this Florida Sheriff is taking steps to keep them all away from shelters.

The Polk County Sheriff’s Office in Florida is using Hurricane Irma to crack down on sex offenders and predators to keep those who gather in nearby emergency shelters safe.

The department announced via Twitter Wednesday morning its plan to check all IDs at every official Hurricane Irma shelter:

If you go to a shelter for #Irma, be advised: sworn LEOs will be at every shelter, checking IDs. Sex offenders/predators will not be allowed

Mind you, it’s not just sex offenders – although that particular crowd is at the top of the list. It’s everyone with a warrant.

If you go to a shelter for #Irma and you have a warrant, we'll gladly escort you to the safe and secure shelter called the Polk County Jail https://t.co/Qj5GX9XQBi

The Sheriff has a point – after all, the jail is just as secure as the shelter. Possibly more so, frankly, given that the shelter wasn’t made to keep from breaking down, and letting its inhabitants out. But jails were.

It’s a winning combination – arrest lawbreakers, and keep them safe at the same time.

So of course some idiot liberals are going to have a problem with it.

checking IDs?! not everyone has an ID! this will lead to deaths. https://t.co/qLBj1zlKb8

The one almost-legit objection was this: supposing some people are frightened, and don’t turn themselves in. Wouldn’t that endanger the rescue teams?

I’d lean towards protecting the ‘not.’

We cannot and we will not have innocent children in a shelter with sexual offenders & predators. Period. https://t.co/DlhqjqFrkM

When in doubt, protect the most vulnerable. Not the most popular. Liberals don’t seem to get that.