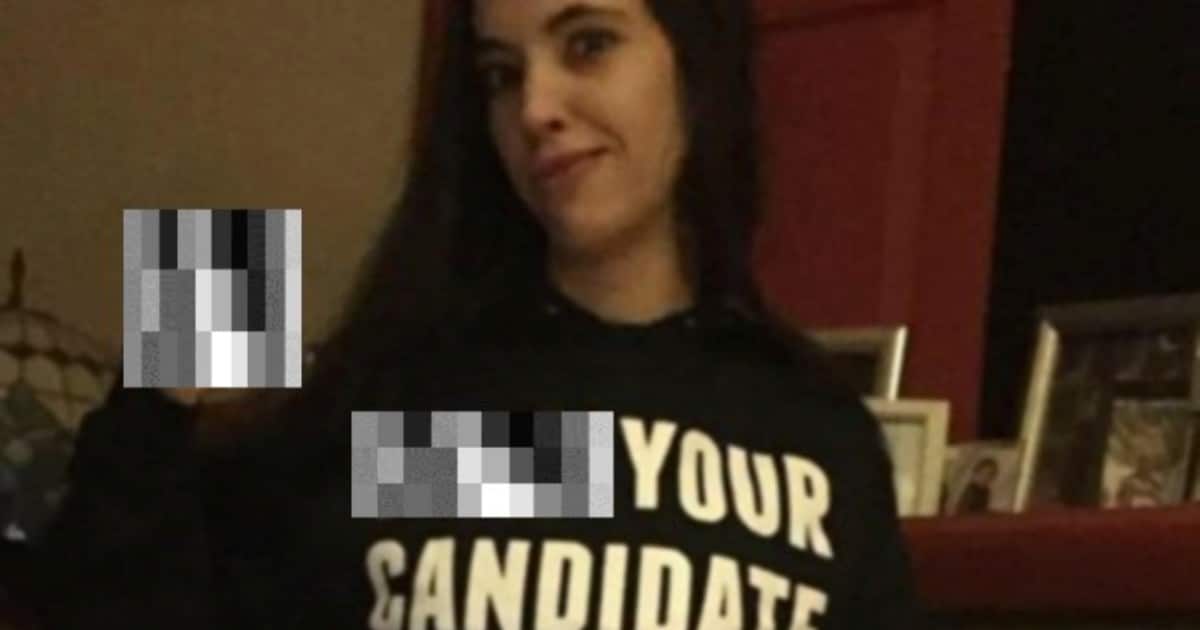 Every so often, liberals show their true colors, and tell the world just how much they hate America and its freedoms.

Luckily, they’re also a minority – and the majority of us who love the US are quick to remind them of that. Liberals, as loud and angry and arrogant as they are, are weaker and smaller.

It’s that weak smallness that needs protecting from larger, braver conservatives, and men and women in uniform.

And you’d think, with that in mind, that libs would respect and venerate soldiers, and the flag they fought under.

If you pee on it, though, you’ll get an entirely different reaction from us.

A Philadelphia woman posted a video on social media on the Fourth of July in which she can be seen urinating on the American Flag and pissed off a lot of Americans in the process.

You read that correctly. Someone in Philly peed on the flag, and posted the video. On the Fourth of July.

In the video, the young woman, who has been identified as Emily Lance, stands over a toilet draped with an American flag and proceeds to urinate on it using a device that helps women to pee while standing up.

“F**k your nationalism. F**k your country. F**k your stupid f**king flag,” she captioned the post.

Now, you can probably imagine what kind of reaction this sparked.

If you want to pee on the American flag like Emily Lance, just get the hell out of the country. We won't miss you pic.twitter.com/VLS1nhhWng

#EmilyLance Is Anti-American, A Traitor, & A Embarrassment To The United States pic.twitter.com/StzXy19xKH

And those are the tame reactions, mind you.

The ones that aren’t so tame? There’s a lot of variations on the ‘beat her up’ theme. But the winner by far in the Most Extreme category is this one:

The video even led an angered viewer to post a bounty on craigslist of $3,000 for her head.

(It’s Craigslist, mind you, so there’s not a big chance this anonymous employer is legit.)

In a nutshell, conservatives are angry. And they should be – the symbol of all the sacrifices necessary to make their beloved country is being flushed down a toilet.

But what strikes me as oddest about the whole episode is this: there’s not a word from liberal celebs about how awful this is.

And that’s really, really odd. I mean, think about it – condemning something like this is an easy home run for elitist liberals. It’s popular, and it gets you support among conservatives – something you desperately need – and there’s just no way any liberal hack would condemn you for it.

Do they really dislike America that much?