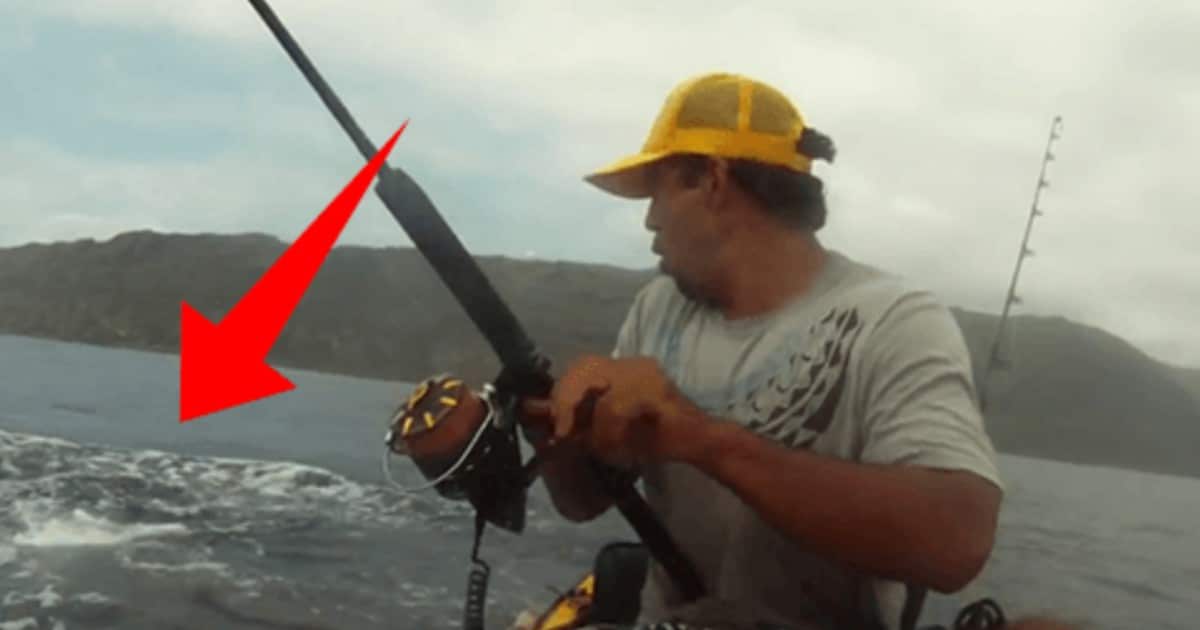 The world is full of bizarre mysteries. Some more bizarre than others.

America is a land teeming with vibrant life. Since the days of the earliest settlers, we’ve been discovering amazing new creatures roaming the continent. From new species of birds to bovine, this land regularly provided our forefathers with surprises.

Perhaps nothing can produce more surprises that the flowing waters of North America. The many lakes and rivers of this great country flow down from the mountains and into the wide oceans. Sailors and fisherman for generations have traveled these waterways, reaching the wider world.

Often there are shocking things to be found in the deeps. Creatures that defy description are drawn out of the waters. New discoveries are often found on a daily basis, even in places where we thought we discovered all there was.

But perhaps this recent discovery is a little too much for some fisherman to handle.

Some fisherman in Michigan reeled in strange looking fish — with human teeth.

According to KTVI-TV, the odd-looking fish are not the result of a genetic experiment. In fact, the fish are supposed to look like that. The fish is a red-bellied pacu and originated from South America.

Michigan’s Department of Natural Resources says that the fish uses their teeth to eat seeds and nuts. In fact, it likes to eat tree nuts and has often been known as “testicle-eating fish.” 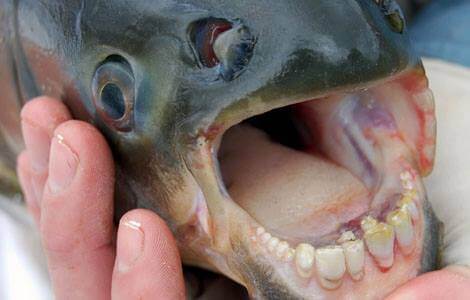 At first glance, this fish looks like something out of a sci-fi movie, but it is in fact a normal animal.

Yet the sight of a fish with very human-looking teeth must have shocked and upset the fishermen, who were just looking for the catch of the day.

The real question is how did this exotic fish from South America end up in Michigan waters?

They said one explanation could be that a pet owner set the fish free. But the DNR added that releasing such a fish into the wild is almost never humane.

“Pets released from confined, artificial environments are poorly equipped to fend off predators and may be unable to successfully forage for food or find shelter,” said Nick Popoff, manager of the DNR’s Aquatic Species and Regulatory Affairs Unit.

“Those that do succeed in the wild can spread exotic diseases to native animals. In the worst-case scenario, released animals can thrive and reproduce, upsetting natural ecosystems to the degree that these former pets become invasive species.”

We often hear about how creatures from one part of the world can cause havoc when released into the wild somewhere else. The ecosystem of Michigan waterways can be irreversibly damaged, if these fish survive to spread disease. Or worse, they can create a drain on the natural resources that can cause many other animals to starve and die out.

Some experts suggest that this tropical fish won’t be able to survive the harsh Michigan cold for very long.

So the next time you have an odd fish you want to get rid of, maybe dumping it into a lake isn’t the best solution!