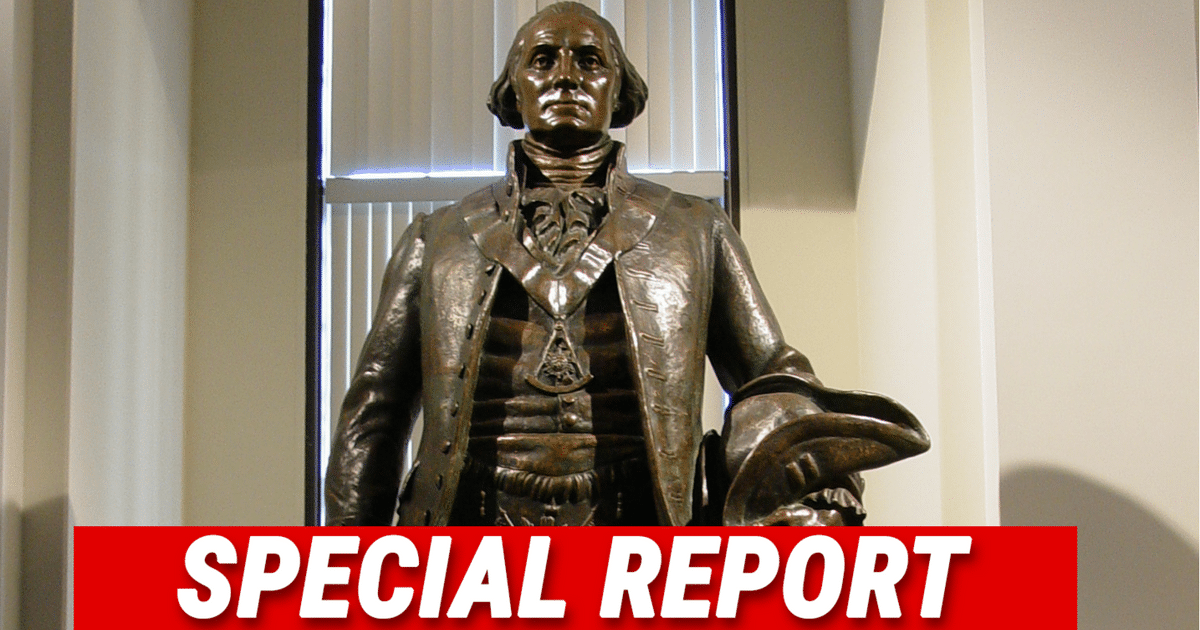 In the wake of the chilling events in Charlottesville, the contentious debate over the appropriateness of certain monuments and memorials roared back to life.

While the debate has typically revolved around Confederate symbols and figures, there was a gradual shift as all the yelling was going on this time around.

Some schools of thought arose to suggest that all monuments and memorials of those with unsightly things on their personal resumes should be removed as well, including those of our nation’s founding fathers.

While the furor has subsided for the time being, the debate isn’t going anywhere. In fact, steps are being taken to bring those same schools of thought to life.

The Independent journal Review has the news.

Never mind the fact that both Washington and Lee were frequent parishioners of the Episcopalian church, The Republican Standard reported. Alas, the church’s board voted unanimously this week to rip out the plaques, which indicated where the two men often sat when they attended services.

Those that disagree with the removal of statues, plaques, and whatnot point out that simply removing items does not erase them from history.

For those that want them removed, they view it as acknowledgement that certain behaviors are just too abhorrent to justify in any context.

Washington’s sin — the darkest sin on America’s record — shouldn’t erase the significant role he played in establishing what would become the freest and most prosperous society the world has ever seen.

The presence of both Washington’s and Lee’s plaques on the pews of Christ Church beautifully showcase the arc of human history, displaying how the U.S. has grown because of their bold visions and despite their darkest sins.

Our nation has an incredibly complex history, and there’s simply no changing that.

Thankfully, our nation as a whole has evolved to the point that abhorrent behaviors have been extinguished as we all move forward together.

There’s no way to justify the sins of the past, but they do serve a purpose: that we all learn from them and leave them in the past – where they belong.