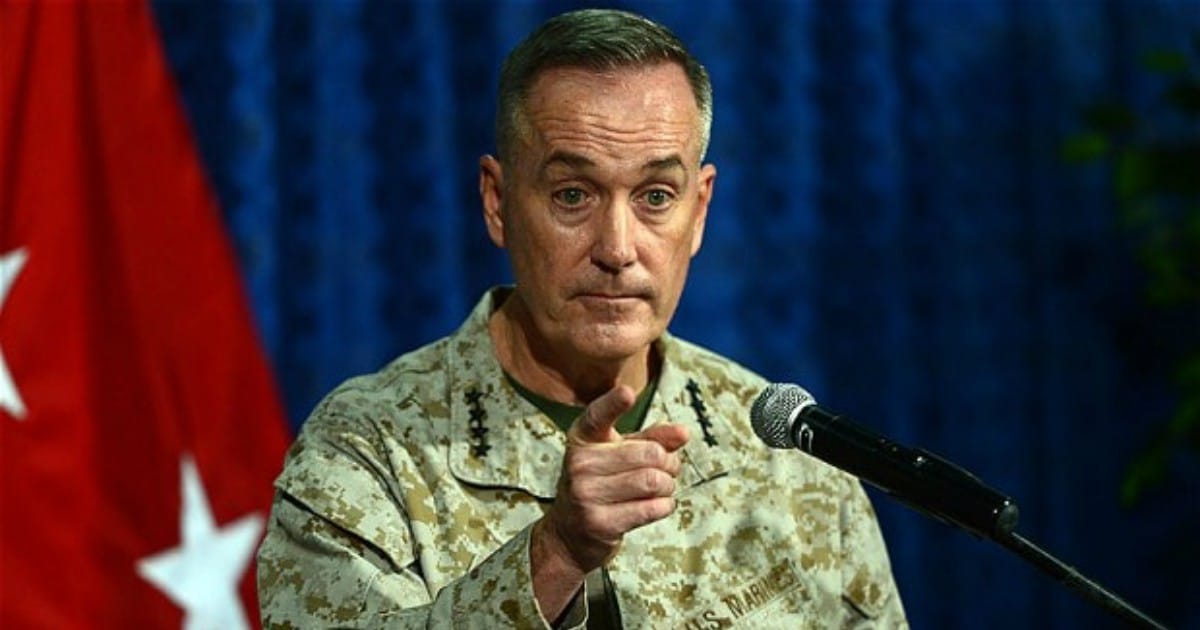 The United States faces a multitude of threats around the globe.

We and our allies have to deal with rogue nations, terrorists, and other forces looking to destroy our freedoms.

Our first priority is to settle these problems with diplomacy. But it looks like those efforts might not be enough, for one region.

Several media outlets have reported that Gen. Joseph Dunford, chairman of the Joint Chiefs of Staff, said over the weekend that war with North Korea was not “unimaginable.”

First, Dunford. “As I’ve told my counterparts, both friend and foe, it is not unimaginable to have military options to respond to North Korean nuclear capability,” he said at the Aspen Security Forum in a conversation with NBC’s Andrea Mitchell.

Many analysts and officials, especially after the July 4 test of an intercontinental ballistic missile, have said Kim cannot be allowed to develop the capability to nuke the American homeland…

Dunford’s comments about timing do not appear to be a slip of the tongue. He also made it clear, at the beginning of his conversation with Mitchell, that time was in short supply.

“North Korea today, from a ‘sense of urgency’ perspective, would be our number one challenge,” he said in remarks the Defense Department highlighted in its account of the Aspen event.

It’s easy to fly off the handle, based on the general’s remarks. But we have to keep in mind that North Korea’s been a threat for many years. Up until now, we’ve been able to handle them.

Most likely sanctions and pressure from the international community will be enough to prevent North Korea from attacking anyone.

But if that’s not enough, you better believe our military will not let North Korea strike first. If there is credible evidence that they are preparing to attack the U.S. or our allies with a nuke, we are going to move fast.

We cannot afford North Korea to strike first. That could mean the loss of millions of lives.

However, even the comments made by General Dunford are enough to intimidate North Korea. If they know we are looking to use military action against them, they might slow down their efforts.