One of Trump’s former DC employees has behaved so badly that he’s nearly set a record for causing lawsuits against Trump’s government.

Mind you, the do-nothing left will sue Trump any chance it gets. So anyone who creates more lawsuits than Trump has to have created quite a mess, indeed.

Of course, James Comey created quite that very mess. And now the government and FBI are facing down an unprecedented number of lawsuits.

From journalists, mind you. And the New York Times is leading the charge.

The New York Times filed a lawsuit against the FBI under the Freedom of Information Act Friday, demanding that the Bureau furnish records and memos that former Director James Comey generated memorializing conversations with President Donald Trump.

This story is already old and tired. Comey didn’t like Trump, so he took detailed notes of all their private conversations. And then he leaked them to a friend, who leaked them to a journalist.

That journalist, as it happens, was from the New York Times. And the Times now wants all the memos, and they’re suing to get them.

(Remember when the FBI existed solely to catch the bad guys, and not to help politicians fight dirty wars with each other?)

And it’s not just the FBI.

The NYT is not the only news organization seeking access to the memos through the freedom of information process. CNN filed its own lawsuit Thursday in the U.S. District Court for the District of Columbia.

If you read us here a couple days ago, you’ll recall that Judicial Watch is also suing for the memos. That’s three separate lawsuits, for only a few pieces of paper.

What seems to be lost on everyone, however, is that none of this would have happened had Comey not leaked sensitive information straight to the press, rather than through any of the numerous legal channels available to him. 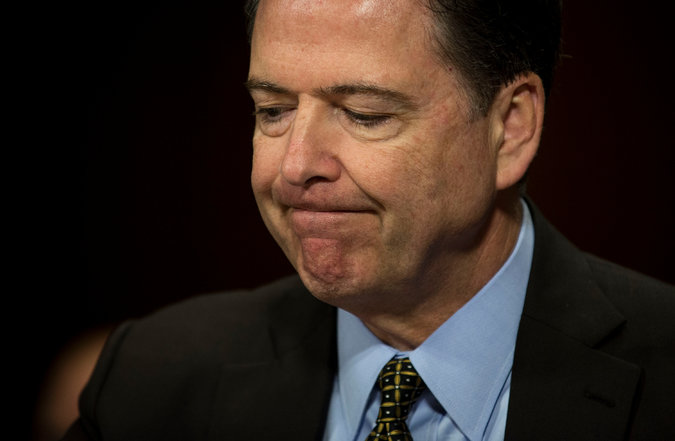 Fact is, until we see the actual Comey memos, we won’t know what he was thinking. But we probably shouldn’t know anyway. An FBI director’s private thoughts are meant to be kept a secret. If there’s something the public needs to know, we’ll be told.

Because once it gets on the pages of the NYT, it’s over. Libs and mainstream media will quickly take up the pieces and twist them any way they want.

It’s what they always do. It’s why we don’t want leaks in the first place.