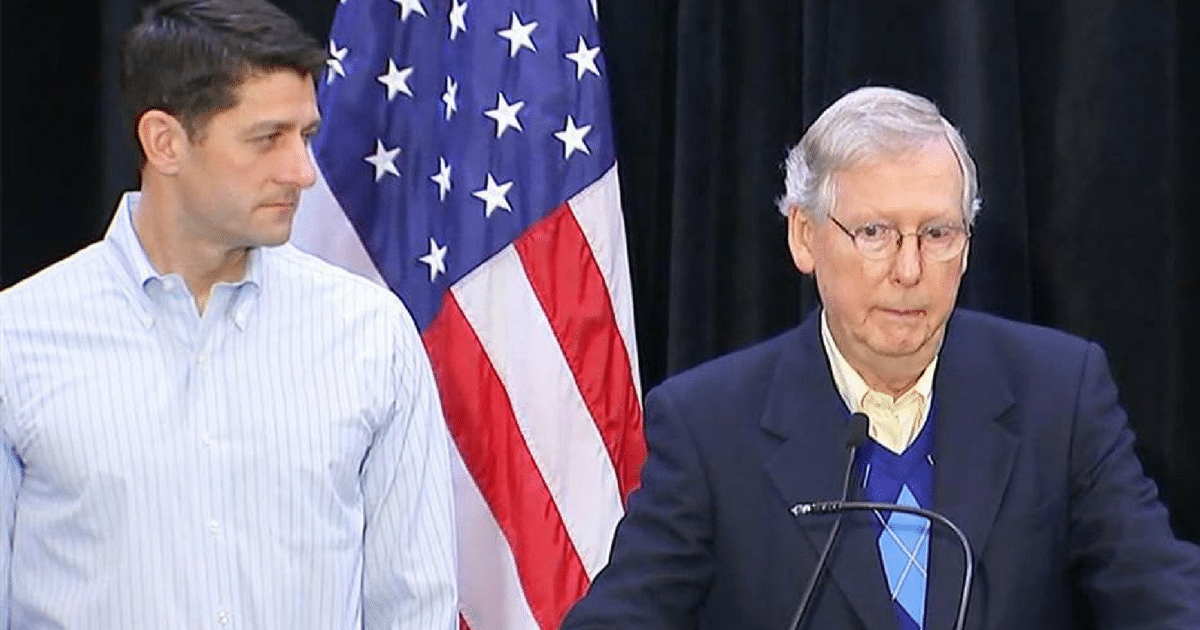 It’s no secret that the Republican Party is filled with second-rate politicians, and no secret that Americans wanted Trump to clean them out. But I didn’t imagine it was this bad.

After all, it’s not every day that whole groups of Republicans in Congress are beaten to the punch…by Obama.

So let’s talk protests. You probably don’t need a Charlottesville reminder – Trump basically called Antifa ‘terrorists’ on air, and the Mainstream Media just went nuts. Antifa, after all, is their new favorite group. So a president condemning them on live TV was simply too much to take.

But imagine how the Mainstream Media will react when it comes out that someone else has been calling Antifa’s work ‘domestic terror’ for a while now.

Federal authorities have been warning state and local officials since early 2016 that leftist extremists known as “antifa” had become increasingly confrontational and dangerous, so much so that the Department of Homeland Security formally classified their activities as “domestic terrorist violence.”

Before we continue, check your dates – early 2016 is the Obama administration. Which means Obama, of all people, thought that Antifa’s work was mostly terrorist violence.

Bet you didn’t hear that from the Mainstream Media.

It gets better. Because the reason that Obama was worried about Antifa is pretty much a map of exactly what happened.

Previously unreported documents disclose that by April 2016, authorities believed that “anarchist extremists” were the primary instigators of violence at public rallies against a range of targets.

They were blamed by authorities for attacks on the police, government and political institutions, along with symbols of “the capitalist system,” racism, social injustice and fascism.

And the part that predicts the future…now:

Since well before the Aug. 12 rally in Charlottesville, Virginia, turned deadly, DHS has been issuing warnings about the growing likelihood of lethal violence between the left-wing anarchists and right-wing white supremacist and nationalist groups.

In short, Obama’s FBI said this: ‘we’re betting that white supremacists and left-wing anarchists will start getting into fights, and that the violence might eventually kill someone. Or several. Those fights are Domestic Terror.’

It’s hard for a Leftie to argue with Obama. Or Pelosi, who beat Republicans to the punch and condemned Antifa.

We’re still waiting on the word from the rest of America’s RINO Republicans.