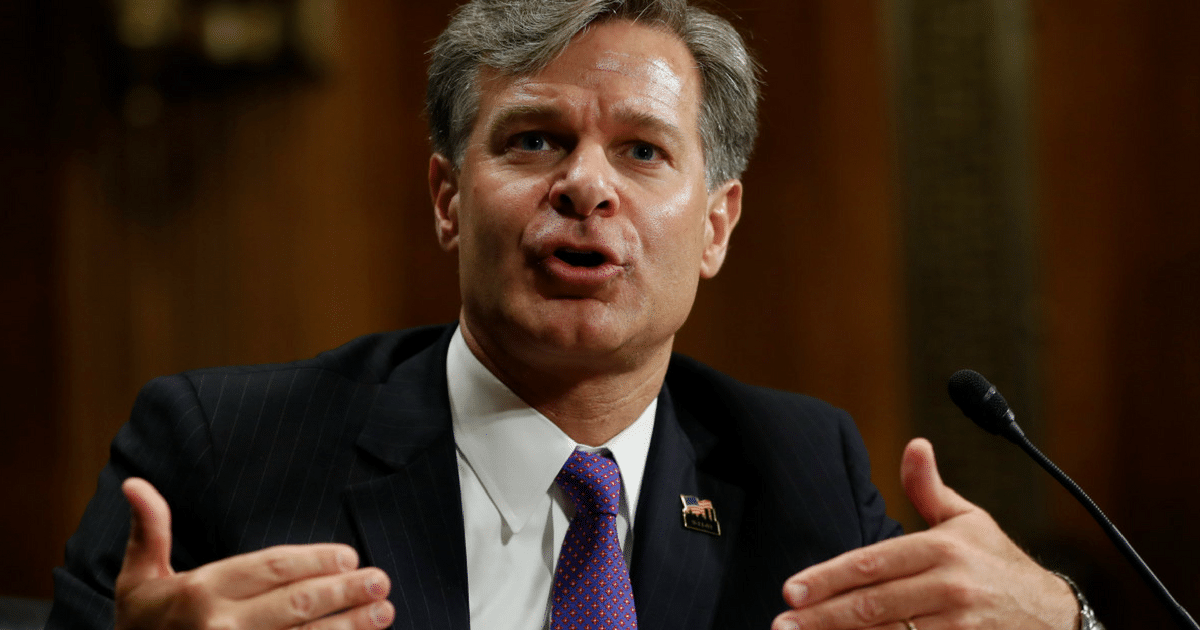 There’s a big difference between how liberals and how conservatives respond to terrorism, and it’s this: liberals deny that it exists. Conservatives admit it, study it, and figure out a way to beat it.

And there’s no better example of this than Trump’s brilliant pick to be the next FBI director – and what his brilliant mind has predicted will come next might well give you sleepless nights.

Because it’s not simply converting loners through the internet that worries him. It’s not people sneaking through the border, either.

It’s terrorists attacking the US through drones. Which, of course, can be operated a world away.

And it’s a damn good worry.

FBI Director Christopher Wray warned Congress on Wednesday that terrorist groups are looking to use drones to wage attacks in the U.S.

“I think we do know that terrorist organizations have an interest in using drones,” Wray testified in a hearing for the Senate Homeland Security and Government Affairs Committee.

The new, honest FBI Director isn’t alone in his worries.

“Two years ago this was not a problem. A year ago it was an emerging problem. Now it’s a real problem. So we’re quickly trying to up our game,” Rasmussen testified during the hearing.

It’s not hard to imagine just how difficult this would be to control.

Frankly, practically anyone can buy and learn to operate a drone. And mastering the flight is simply a matter of practicing for a week.

And if you can’t figure out how to operate the drone remotely, from the other side of the world, it’s just as easy to radicalize a few US loners, teach them how to make a bomb, and send them off to buy a drone.

Because, after all, the one part that seems to trip up new terrorists is setting explosives in place themselves. But a drone?

Wray and Rasmussen have been working round the clock to make sure that law enforcement is aware of the threat, and knows how to counteract it.

But the rest of us might do well to warn Congress.