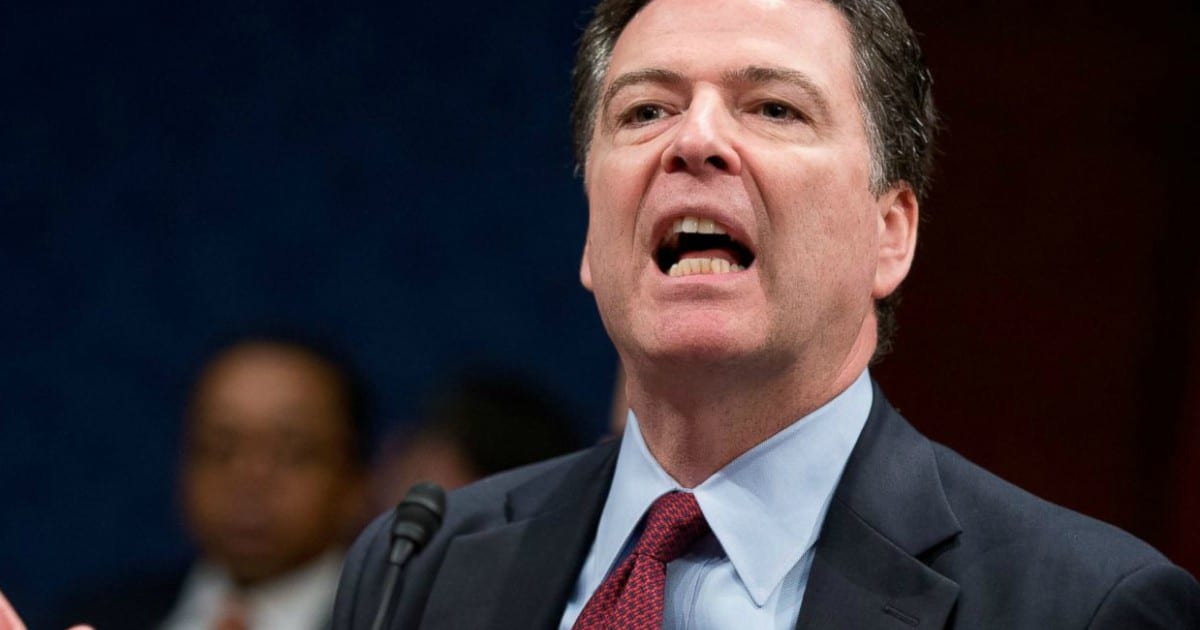 Coward and Hillary Clinton stooge (and director of the FBI) James Comey gave a speech at Boston college yesterday.  And there he said something that should make us all very grateful we voted for Trump.

You know that right to privacy you have? The one that prevents government from becoming Big Brother, and slowly taking control over everything in your life?

Well, forget it exists.Seriously. His whole speech was about this.


In short, there is no such thing as a right to privacy in the United States.  I guess that part of the Constitution and its history just doesn’t count.

If you forgot, this is the man appointed by Obama. And now you probably see why.

For the record, Comey’s remarks were very clear, and I’m not taking them out of context at all.  CNN reports:

“There is no such thing as absolute privacy in America; there is no place outside of judicial reach.  Even our communications with our spouses, with our clergy members, with our attorneys are not absolutely private in America.”

Well, then.  That sounds just right in line with what the Founding Fathers had in mind for the country.

Comey, to be fair, quickly tried to soften his remarks by mentioning that a judge might have to use judicial magic to force people to lose their privacy.

Because, for some reason, that’s supposed to be much less offensive to people who respect the Constitution.

Oh, a judge told you to disrespect our founding documents?  Well, color me satisfied.

Comey’s speech came right as Wikileaks dumped hundreds of documents that showed that the CIA had mismanaged pretty much everything related to cyber-security while under Obama.

In a nutshell, the very tools that someone might use to invade your privacy probably came from the CIA at first. And only to be lost later to a terrorist.

So, in essence, Comey’s entire speech was a way to justify the fact that the CIA and FBI under Obama had failed miserably.  But it’s ok, because, see, we don’t have a right to privacy anyway.

It’s no wonder this hack didn’t go after Hillary.