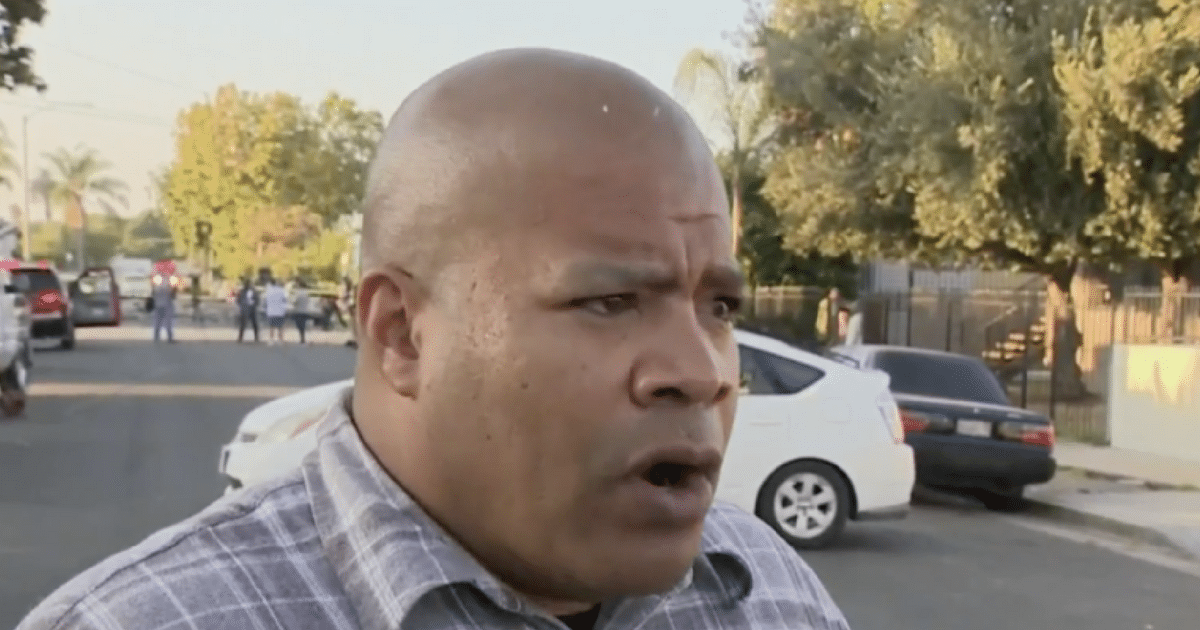 It’s safe to say we are living in a tumultuous time.

Almost on a daily basis we read about attacks and disasters hitting peaceful parts of the world. Add to that noise from North Korea and most people are on left on edge.

So, imagine the shock and panic that ensued in Los Angeles, when a street exploded.

On a sunny day in Los Angeles, residents of one neighborhood were left jostled when a loud boom shook the entire street.

After looking outside, locals saw an explosion had taken place, with asphalt scattered throughout the street, vehicles damaged, and two 250-pound manholes flying through the air like frisbees.

Residents Brian Jefferson and his brother Adrian, who lived right next to where the explosion took place, were witnesses. Brian told CBS Los Angeles:

“I just heard a real loud sound, kind of like a boom, like there was truck accident…”

After further inspection, authorities found that didn’t appear as though a bomb went off, despite the uncanny resemblance…

“Electrical vaults from time to time will overheat and explode just because they get so hot.”

“There’s energy running through them and there’s heat behind it. It’s just unusual that it happened on a day that’s not extremely hot.”

Oh, is that all it was! Here I thought we were under attack, yet again, but it was only just the power grid blowing up.

And they say this happens from time to time!? Hello, let’s make sure vaults churning with thousands of volts of electricity don’t overheat. Okay? You’d think that would be a major priority for the power company.

“Uh, hey guys? Let’s try to do something about the vaults getting so hot they blow up city streets!”

In an age when terrorists and violent activists can show up anywhere, at any time to cause trouble, the last thing we need is for seemingly safe tech to go haywire.

At least nobody got hurt, this time. Hopefully this will wake up Los Angeles, enough to get them to address this problem.