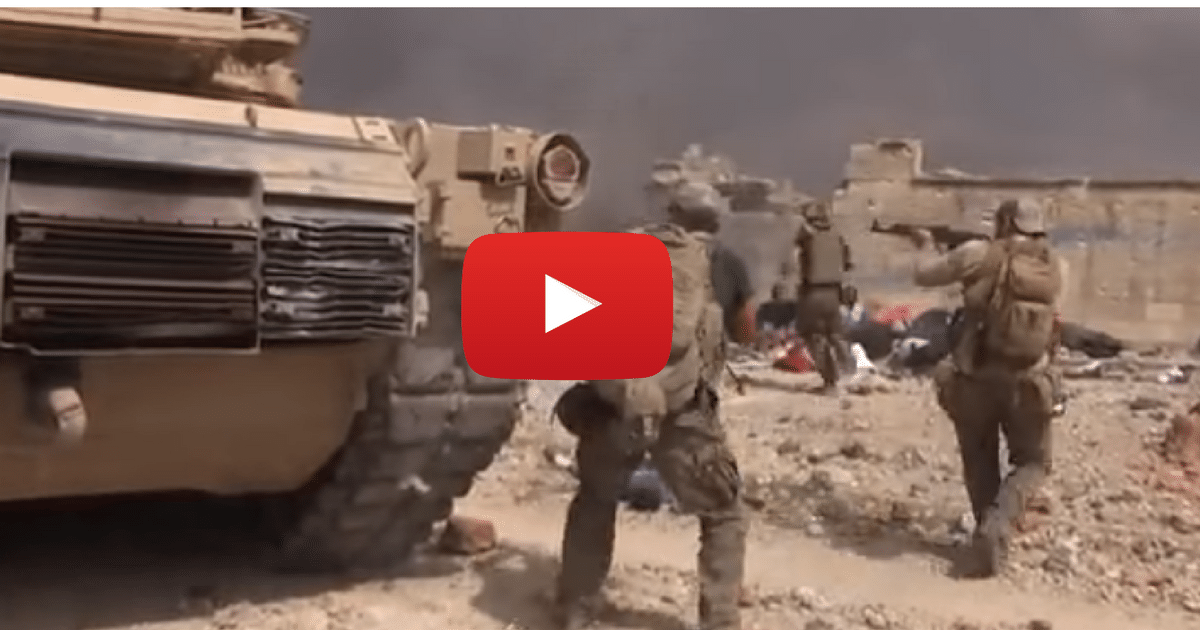 There is a reason we fight so hard against ISIS. They are a vile group of losers who inflict pain on everyone and everything around them.

The fighting in the Middle East is fierce and terrible. But our people are willing to make the ultimate sacrifice to stop ISIS and bring an end to their evil.

That is just what this ex-special forces soldier did when he ran into ISIS gunfire.

A former Special Forces soldier and current aid worker risked his life after running into a hail of gunfire to save a young Iraqi girl from ISIS snipers.

David Eubank, a 10-year veteran of the Army Special Forces, abandoned caution to save the young girl by running into an open area in the middle of war-torn Mosul, grabbing her and running her back. Amazingly, both he and the girl survived.

“I thought, ‘If I die doing this, my wife and kids would understand,’” Eubank told the Los Angeles Times.

The video shows Eubank readying himself to save the girl behind a tank as gunfire erupts around him.

He waited for the coalition forces to drop smoke before rushing into the open area while his colleagues put down covering fire with AK-47-style rifles. The whole event only took about 12 seconds.

The video speaks for itself. This man and father risked his life to save a young girl. You can hear the intense gun fire and the sheer danger of the situation. At any moment he and the other soldier could have easily been overwhelmed.

But they risked it all to save this one girl.

It’s heartbreaking to think children that young have to live in such a terrible climate. They cannot enjoy the peace and safety we take for granted—the kind that all children deserve to grow up in.

But thankfully there are men and women working tirelessly to ensure children like this girl can be safe.

Be sure to watch the video and share it with everyone you know.