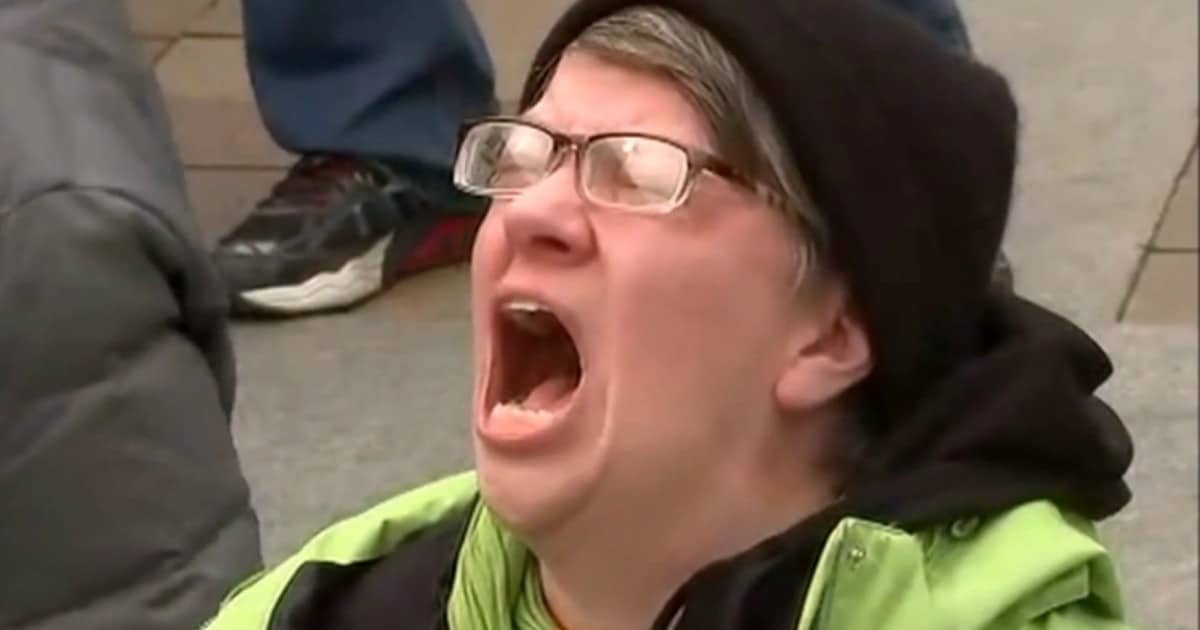 Every day we get treated to the complete idiocy that is the regressive left.

I harp on their stupidity all the time, but with each passing day it seems they get dumber and dumber.

It’s like they can’t help themselves; anytime something good or nice is produced, radical liberals have to complain about it.

It’s reaching a point where their ideas can hardly be justified on any plane of reality.

I’m convinced they are getting their marching orders from some alien life form, completely ignorant of basic human constructs and sensibilities.


But it’s much worse than that; liberal activists want to destroy every aspect of our traditional way of life.

From gender roles to the nuclear family, anything good and decent — especially rooted in Judeo-Christian values — is considered evil by them and thus must be destroyed.

How else can you explain the liberal outrage over a simple Easter commercial?

A British mega retail store is taking on the full strength of a major onrush by liberals ‘offended’ by an Easter campaign that featured a “traditional” family.

This Easter Bunny family at question in the HEMA promoted campaign included father, Charles; mother, Juliette; and their children Richard and Innez.

The commercial displayed the celebrity rabbit family responding to questions about Easter, the job of concealing Easter eggs and taking part in a photo shoot.

But the traditional family scenario was way out of line for many of the leftists who felt that it was a cheap shot to their sensibilities and called the ad “too heterosexual”, even going as far as “sexist.”

Chantal Coolsma, a critic of the commercial ad, and identifies as homosexual, shared her logic on the matter…revealing just why it offended her:

“Who says that the Easter Bunny is heterosexual? As a child, I grew up with the image of a single Easter Bunny who hid Easter eggs. Why must there suddenly now be a family involved?”

If there was ever a time to hope for the Rapture, it’s now. It’s sad enough that this Easter commercial makes no reference to the real reason for the holiday — the resurrection of Jesus Christ — but for gay activists to complain that it’s a straight couple?

These liberals are so determined to warp traditional and proven standards in our society, they cannot let even a simple commercial go by without complaining.

Despite the fact that only a fragment of society is actually gay (and even smaller segment are married with children), this empty-headed liberal wants the couple in this commercial to be gay.

This is just part and parcel of their larger agenda to rewrite our culture and beliefs.

You see, a decade or two ago, the gay community was fighting just to be accepted in mainstream society. After decades (centuries really) of being persecuted, they just wanted to not feel like outsiders.

But now that that’s taken care of, they need to go farther. It seems like they want to eradicate traditional, heterosexual families, in order to impose their warped standards for love and life.

Sorry, not going to happen. The vast majority of families are heterosexual.

A simple commercial portraying one as such is not an injustice. Anyone complaining about this just needs to get over themselves.

And maybe spend a little more time reflecting on the real meaning of Easter.