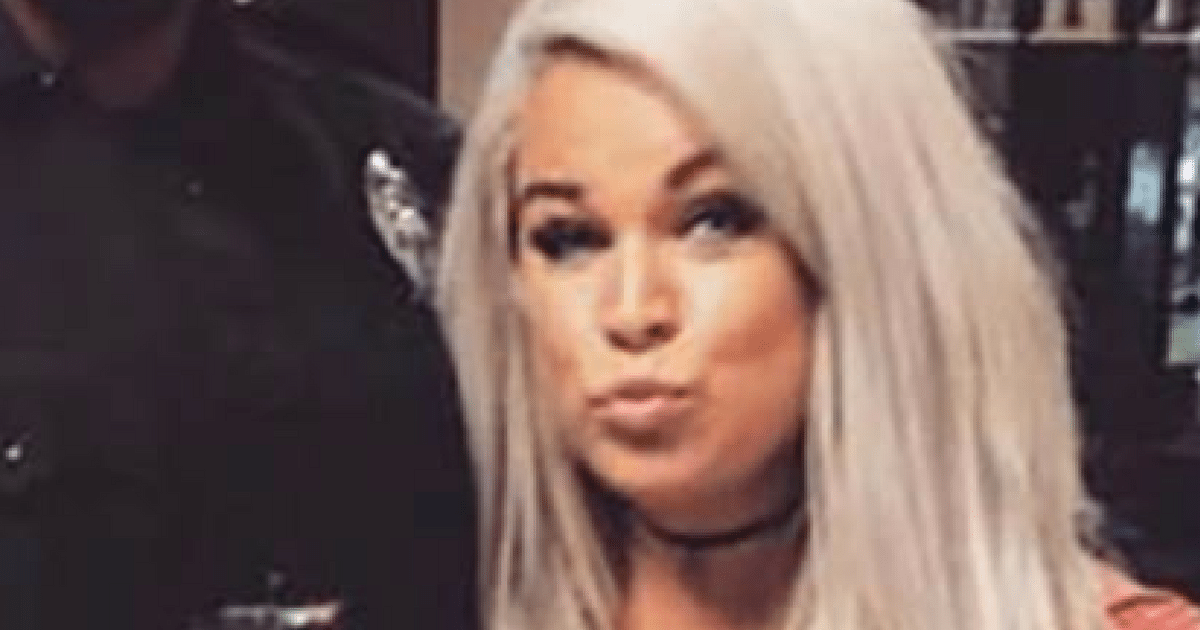 When celebrities and liberals get in trouble, or get caught saying something racist, they always have one excuse: ‘I was drunk. It was the alcohol.’

True American conservatives don’t use that ridiculous excuse. And today’s story is a prime example – even though this time, it really was the alcohol.

And assault a police officer.

It’s the perfect time for an ‘I was drunk’ excuse. Not this time, though.

This time, the woman involved came to the station, apologized…and baked the arresting officer a cake.

Celina Dally ended up getting herself into a bit of trouble.

After drinking too much alcohol, she was approached by Lake Charles Police Officer Guillory. Guillory was there to charge her for being publicaly intoxicated.

Although Dally is a kind woman when she’s sober, when she’s drunk, she is anything but. She became so upset with the officer that she attempted to bite him, getting her charged for assaulting a police officer.

This is where the typical liberal narrative would veer far left, and blame everything on the officer. ‘He was rough when he arrested her!’ ‘He had no business making the arrest!’ ‘Cops are pigs!’ And so forth.

So much so that she decided to apologize to the officer…with cake.

If you’re like me, your first thought was something along the lines of, ‘wait…is this cake tainted? Maybe I shouldn’t eat this.’

But it seems that Dally was being honest. Her conscience was eating at her, and she needed to publicly apologize to Officer Guillory.

And she clearly has the right idea about taking responsibility for one’s own actions.

LOL if you are offended by me apologizing to someone I did wrong to, you may be the problem in our society. ✌🏽🤷🏼‍♀️

“LOL if you are offended by me apologizing to someone I did wrong to, you may be the problem in our society.”

I’ll agree with that.

The left has constantly fed us the lie that cops are bad, and that being nice to cops is somehow betraying minorities. We need to fight against that idea whenever and wherever we can.

Celina Dally has given us a good start.