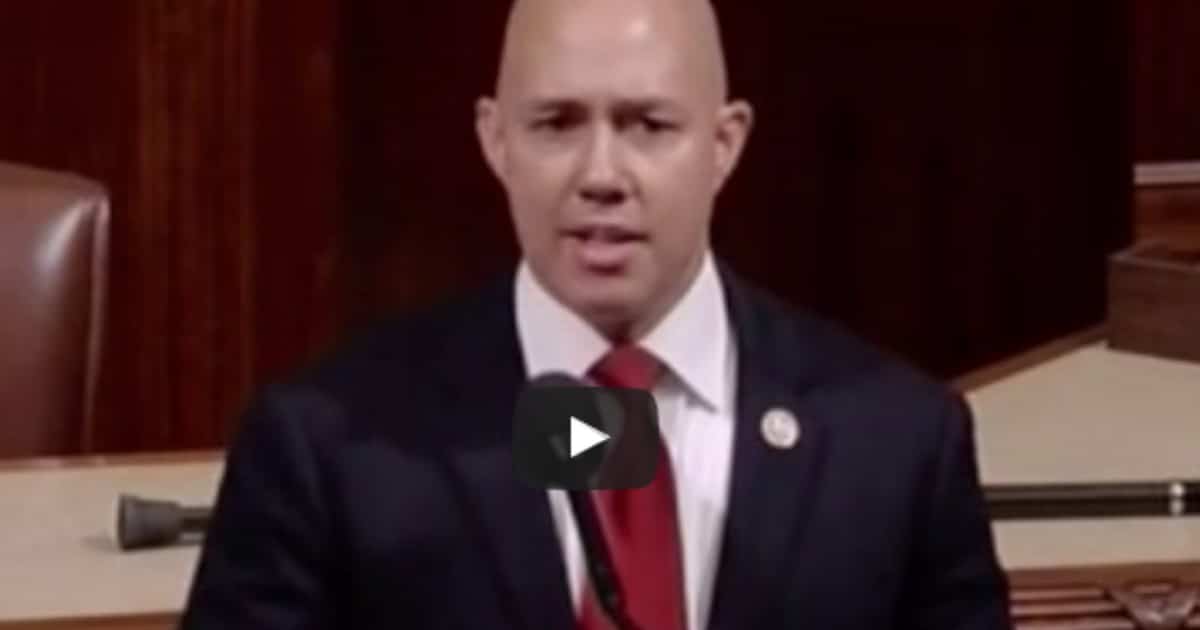 It’s a good rule of thumb that democrats always lie.

On almost every major issue, liberals hide the truth to get their way. For eight years democrats, led by Obama, have lied to the American people in order to push their agenda.

They lie about illegal immigration, so you won’t know about the spike in crime. They lie about our economy and bad trade deals, so they can continue to profit from special interests.

And of course, they lied about Obamacare, so they could push Socialist policies onto the United States.

We know that Obamacare was a disaster from the very beginning. Promises President Obama made during his campaign were completely false.

But now that President Trump and the GOP are working to repeal the terrible program, democrats are out once again, lying.

There is one representative, though, that refuses to stand for it.

Rep. Brian Mast (R., Fla.) spoke Thursday on the floor of the House of Representatives to lambast Democrats for their statements on the Republican health care bill, calling them “lies.”

Mast defended the health care bill from Democratic claims that the legislation repeals the component of the Affordable Care Act that covers pre-existing conditions.

Mast added that the current situation under the Affordable Care Act does not protect Americans with pre-existing conditions because the number of health insurance companies participating in the Obamacare exchanges has dramatically decreased. There are some areas of the country where there is one or zero health insurance providers.

Defeated democrats on Capitol Hill have been slandering the republican replacement of Obamacare. They have lied to the public by saying it will not protect citizens with pre-existing conditions. What they don’t say is that a $8 billion fund will be provided to help with premiums for those with pre-existing conditions, like Rep. Mast–a double amputee.

Mast tore into democrats for their ongoing lying about health care. As more and more Americans lose total coverage — with it only getting worse year after year — they still pretend Obamacare was a success.

Now with the new bill passed by the House, it remains to be seen how it will fair in the Senate. While democrats will try to fight it tooth and nail, there are even republicans who are critical.

Still there are many who don’t want government involvement in healthcare at all.

The fight will continue to rage. The only solution, though, is to eradicate the toxic policies of the left — and the many lies they use to prop them up.