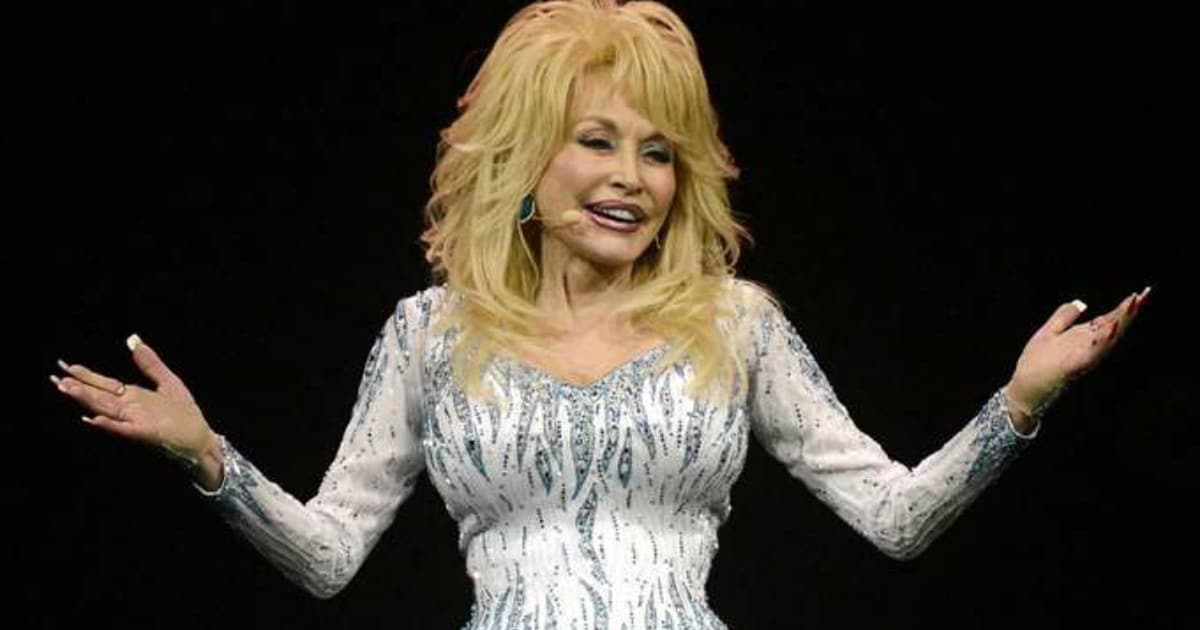 It shouldn’t surprise you that celebrities are a selfish liberal bunch. They’re ready to pretend to give to fashionable charities whenever people are looking, without actually caring at all.

Except this one. This one is an exception, to beat all exceptions.

If you haven’t heard, wildfires tore through large sections of Tennessee last year, destroying hundreds of acres, homes, and killing more than a few people. The survivors needed everything you could imagine – food, water, shelter. And money. Lots and lots of money.

And that’s when Dolly Parton started sending out $5,000 checks.

Country star Dolly Parton came through for victims of recent wildfires in Tennessee in a major way that made a huge impression. The singer’s Dollywood Company along with The Dollywood Foundation established the “My People Fund” to assist families affected by wildfires that spread last November.

But when the final recipients showed up Thursday to get their checks, their lives were changed when they discovered that the checks were made out for $5,000 instead of $1,000.

What an incredible gift.

Dollywood, except for a few outside cabins, was almost untouched from the fires itself. But everyone living nearby was devastated. And while most celebrities would just be rejoicing that their homes were safe, Parton started raising money to help people get back on their feet.

And when the money came pouring in, she started upping the donations.

The best part about all this? Parton’s foundation took a risk when they started it all. The only money Parton had to help was her own. And as she made promise after promise to hurting Tennesseeans, it wasn’t at all clear if her foundation would have enough money.

But then the donations started pouring in. And in, and in. Parton’s risk paid off, big-time.

Local news station WATE interviewed one of the foundation’s heads, David Dotson. “We obviously jumped off a cliff and Dolly made commitments but honestly, I’ve never seen anything like this.”

Well, think about it this way, Mr. Dotson – if you lead by example, you’ll get many to follow you. And Parton is leading with her generosity.