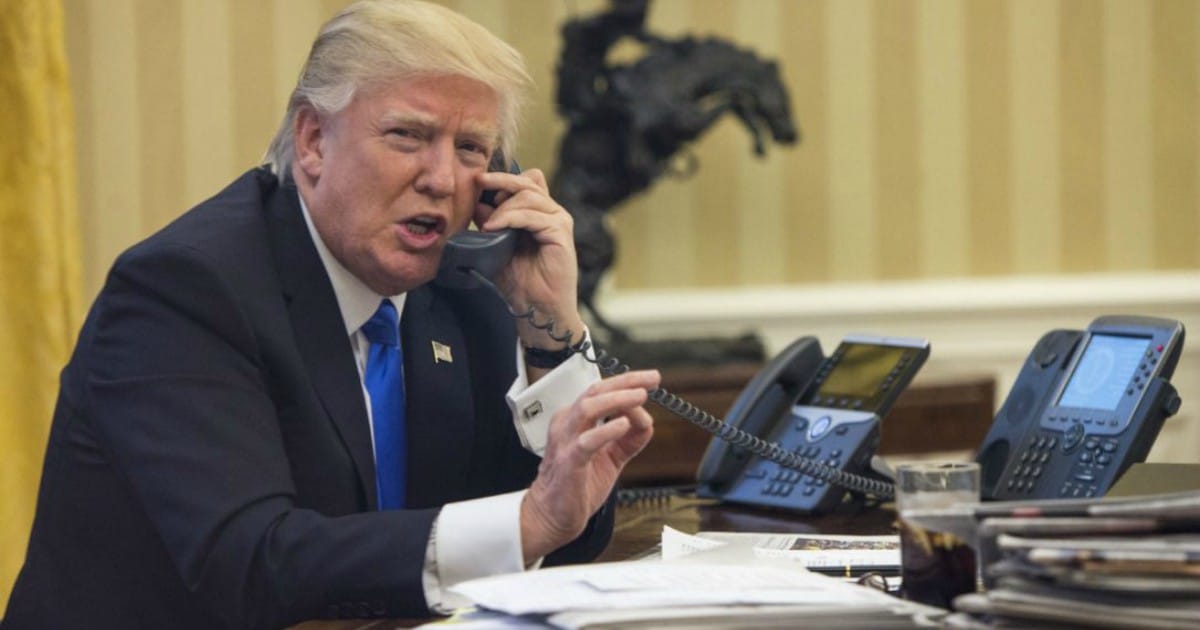 While the left spreads rumors and lies about Trump and Russia, Donald himself is busy keeping promise after promise – and this latest one creates a direct line to the White House. Bypassing, of course, all the usual channels.

You’ve probably heard the rumor that Trump was trying to set up a direct line with Russia. The first part of that statement is true at least, but not with Russia.

Trump’s promise to create better relationships in DC didn’t just extend to foreign countries. He won, in fact, based on promises to restore faith with the American people. And nowhere was that faith more broken than with our nation’s military – specifically, with veterans.

And they now have their own 800 number, set up to talk to the White House directly about problems with the VA.

The rest of us can only say this: thank God, and it’s about time.

Ensuring respectful and excellent treatment of veterans within the Department of Veterans Affairs is so important.

To that end, the Trump administration will “soft launch” a hotline for veterans to express concerns or voice complaints about the VA, according to a statement by Veterans Affairs Secretary David Shulkin.

Trump is making good on his promises as a candidate, as he included a direct line to the White House for veterans as part of his 10-point plan for VA reform during his campaign.

This help for vets is long overdue.

Problems with the VA have grown bigger and more severe in the past few years. The agency is now so bad that scandals are the regular order of the day.

The agency has hired criminals, refused to treat veterans, and shown a general incompetence that has embarrassed leader after leader. Trump had his work cut out for him from the beginning.

Giving vets a direct line to the White House, however, is a bold step towards reestablishing real leadership. Fact is, it’s much harder to get away with amateur mistakes if you know you might be reported immediately, to the president himself.

That’s just the kind of thing that will keep people on their toes.

Shulkin is hoping to have this new hotline fully operational by August 15.

Ladies and gentlemen, this is why we voted for President Donald Trump.

Indeed. Couldn’t have said it better myself.