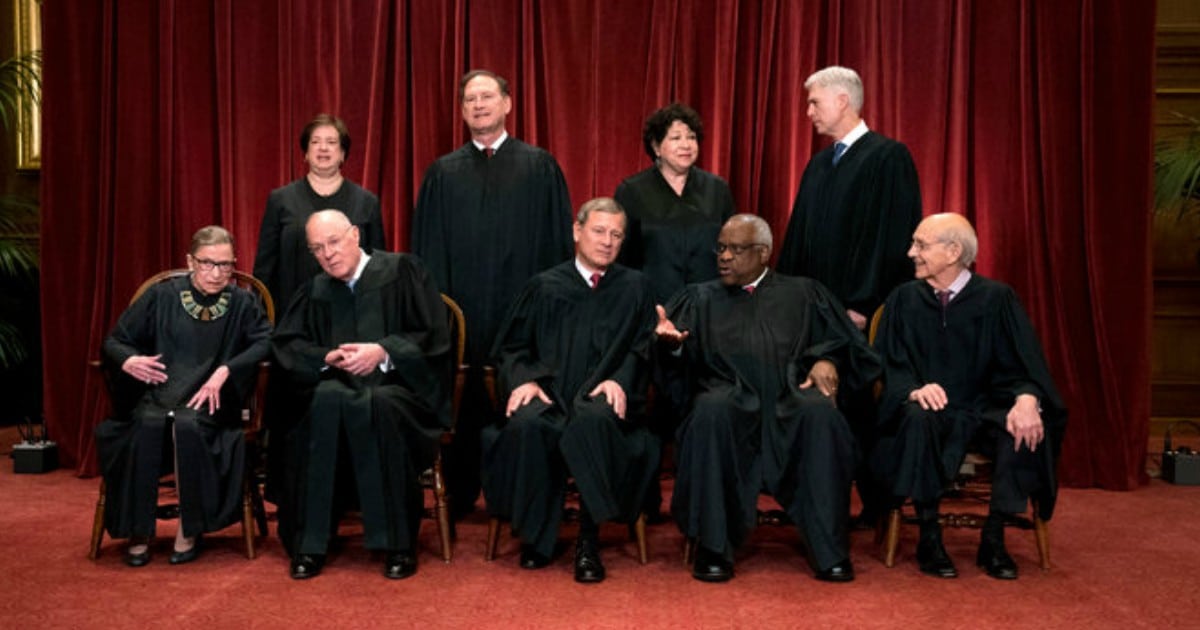 Yet liberals are fighting back. It seems they want to flood our nation with potential killers.

After bogus rulings from lower courts, the Supreme Court weighed in. But their ruling had a few caveats, ones liberals have tried to exploit.

The Supreme Court denied a Department of Justice request to clarify its June 26 travel ban ruling Tuesday, effectively upholding a lower court order which curtailed Trump administration guidance on the scope of exemptions from the ban.

The high court allowed President Donald Trump’s travel ban to take effect in June, but required that the government continue to admit individuals from the six countries named in the order who have a significant connection to the United States.

The Department of State originally concluded that certain relatives of U.S. citizens from the affected countries possessed a “significant connection” but that others, like grandparents and cousin, did not.

U.S. District Judge Derrick Watson, the same judge that stayed the revised order in March, modified State’s guidance and required consular officers to admit any person from the affected countries with a first-degree relation in the United States.

The State Department acquiesced and added grandparents to its list of protected relatives Monday, but continued to exclude others. The Department of Justice asked the Supreme Court to clarify its original order and resolve the dispute last week, but the Court declined to do so.

All this dickering around with “degrees” is simply a distraction. Liberals want to undermine Trump’s executive order, as well as the Supreme Court’s decision. We all know they don’t care about helping grandma’s. They are just looking for an excuse to get the entire order thrown out.

From the very beginning, the left has hated Trump’s attempts to protect America. Although we’ve haven’t had any attacks since he’s entered office, they want to remove every protection he’s installed.

They don’t like the idea of actually vetting people from other countries. They claim it’s discriminatory. Although it’s a very basic way to ensure dangerous people can’t enter the United States.

The Supreme Court has allowed Trump’s order to be put into effect, but has allowed that family members to the first-degree can enter. Sure. Fine. Whatever. The real issue is making sure ISIS and other dangerous individuals do not flood our nation.

We need strong security and effective vetting measures. We need to prevent terrorists from entering our country, period. We also need to make sure the people coming here love America and do not wish to introduce toxic practices—like Sharia law—into our society.

That requires more than just vetting.