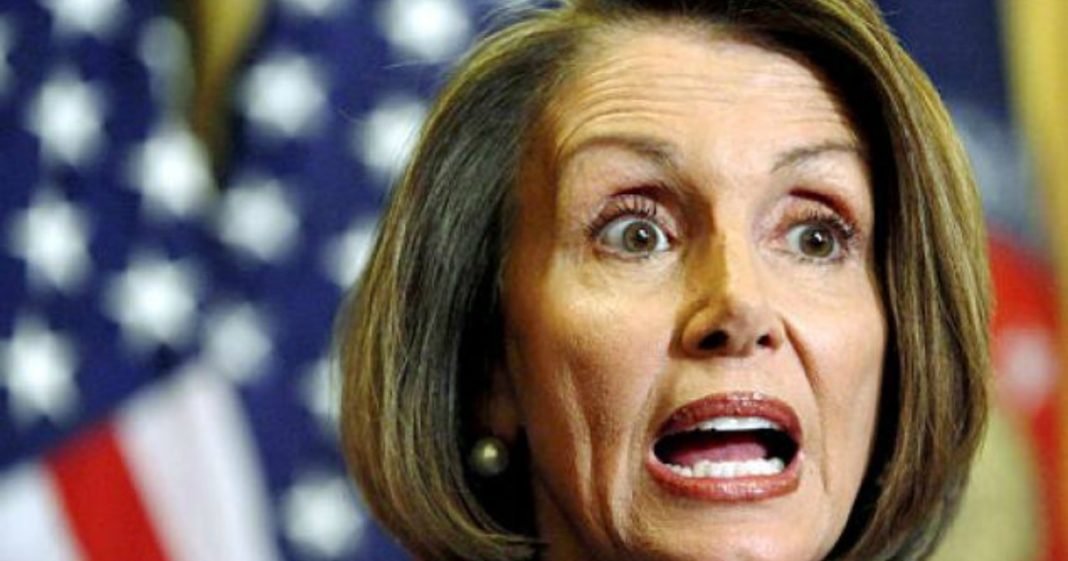 Democrats and liberals are useless. Not basically, not mostly, and not nearly. Just completely. And if you had any doubt, Nancy Pelosi’s recent words will drive it away.

It’s a pattern, really – Republicans begin to fix things, and Democrats start to speak their minds.

And we all clearly see why only one side knows how to run anything, whether it be a business, or a country. Or a campaign.


In a nutshell, Democrats are trying to impeach the Commander in Chief. We’ve known this for some time.

But a recent story on their efforts makes it abundantly, utterly, and totally clear just how clueless they all are.

The Washington Examiner ran with the story. I’m guessing you’ll be able to spot the absurdities immediately.

The top Democratic leaders in Congress condemned the presidency of Donald Trump on Tuesday at a National Press Club Forum, where they hinted they might eventually seek to impeach him and they predicted his address to the House and Senate on Tuesday would be full of empty promises.

Nancy Pelosi said Trump has misled the public to a degree that “there are plenty of grounds right now for the current president” to be impeached.

But the public is not fully on board yet, Pelosi said, because “many of the president’s supporters are not ready to accept the fact that their judgement may not have been so great in voting for him.”

Let’s dissect this, shall we? First off, Trump just gave a speech to the House and Senate. And he did very well.

The Democrats are obviously worried about this, and they’re trying to downplay his success already by talking about impeachment.

It’s obvious: the real reason they’re even having this discussion is that they’re afraid. 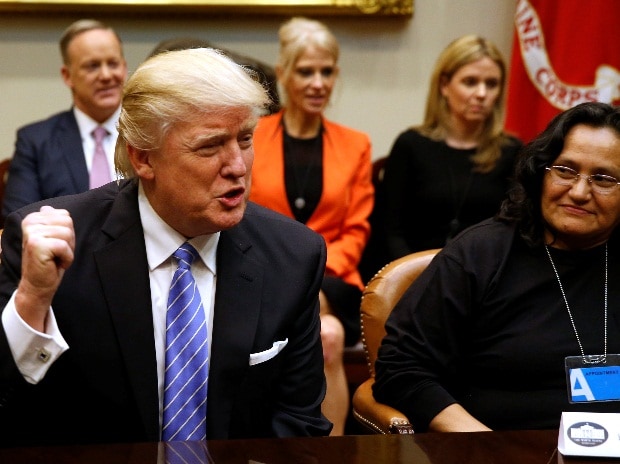 Second, they’re discussing impeachment at a National Press Club Forum, the same group of idiots that have abandoned journalistic ethics to go after Trump, twist his words, and spread lies about him.

It’s an Echo Chamber for Democratic wishful thinking. No thinking American is in that audience, which is why Pelosi chose it in the first place.

Third, Pelosi acts like a typical liberal, and presumes that Trump supporters are idiots. And it’s that idiocy that has made them blind to the ‘fact’ that Trump is a bad choice.

In short, ‘you’re dumb. And you’re so dumb that you don’t see that Trump is bad.’

And she says this in a room full of people she knows full and well will agree with her, without criticizing her, and before a Trump speech that she knows will go over very well with the American public.

Ladies and gentlemen, you are witnessing the death of liberalism, and the Democratic Party. Good riddance.