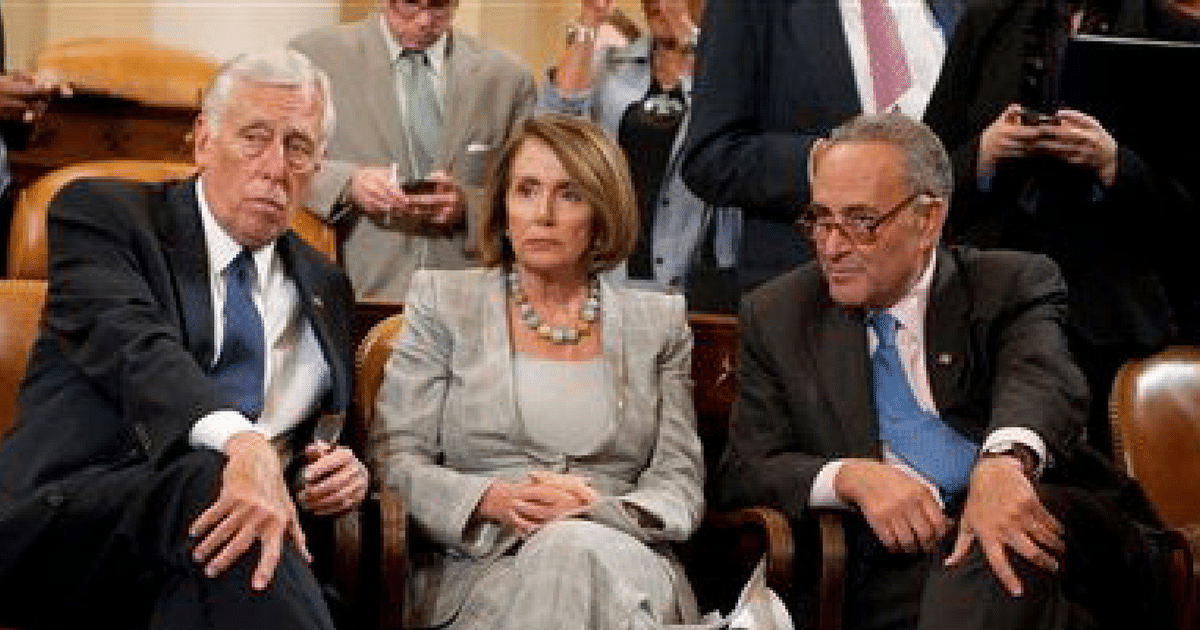 Here’s the truth: Democrats will do whatever they can to stay in power. Even if it means becoming conservative.

Although I suppose that might put them at odds with the rest of their constituency.

Here’s the rub: Democrats have gotten the most political capital from swearing, up and down, that they won’t support a Wall. Border security is, for them, a non-issue.

Unless, of course, they’re cozying up to conservative votes, in which case of course border security is important.

And they’ve decided to make that clear to all Democrats.

Democrats are facing opposition from many Dreamers themselves, who don’t want any compromise on border security.

“The pressure from some immigrant activists to reject any compromise [on DACA] that would tighten border security has frustrated Democratic leaders, who recognize the risks of being labeled the party of open borders — a potentially lethal tag as they seek to regain support from working-class voters across the Midwest.”

If you’ve forgotten…those “working-class voters across the Midwest”? Those were the ones who elected Trump.

And now Democrats are going after those votes. And the people they’re pissing off in the meantime are – wait for it – Dreamers.

Democrats Learn That Open Borders Dreamers Will Be A Problem https://t.co/ZsbOXIoPOr via @RightWingNews #MAGA pic.twitter.com/IFhunH44qR

Everything about this story is too good to be true.

Because, first off, the party that does anything it can to get power is now facing a serious consequence: do I throw my supporters under the bus for a chance to win, or do I stick with them, and lose?

The Democrats, no surprise, are choosing the bus.  Someone probably should have warned the Dreamers – libs are not to be trusted with power. Of course, the real problem for the Democrats, and the Dreamers, is that Trump and the Midwest have a voice in this country, too – and they’re making one thing clear: border security is a no-compromise issue. Any political compromise that doesn’t include more security is doomed.

And the Dreamers should probably realize this.

Fact is, while Dreamers have protested Democratic appearances – while they made headlines yelling at Nancy Pelosi – they didn’t make any progress at fixing DACA. That won’t happen until the Dreamers realize that the Americans in the Midwest are Americans, too – and have been for generations.

And if you want to be a part of the country, you need to acknowledge the people already in the country. And be prepared to work with them, rather than against them.

In fact, you might just want to ditch the Democrats altogether.