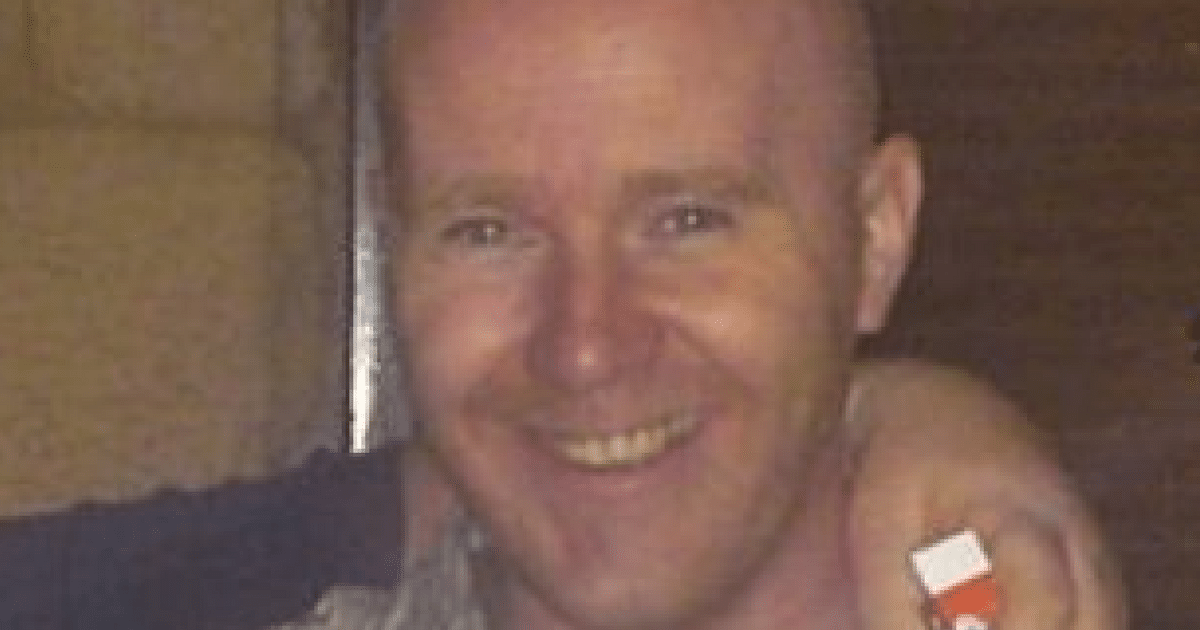 While it’s no secret that liberals control our nation’s educational system, that control doesn’t translate into a green light for educators to fill children’s heads with a bunch of nonsense.

Unfortunately, there are far too many teachers that disagree with that assessment.

There has been an alarming rise in classroom incidents across the nation in which teachers are essentially allowing liberal talking points to guide the information they share with students.

This problem is made worse by highly-questionable lessons that are designed to do little more than brainwash children into subscribing to a specific narrative.

Mad World News passes along another frightening example of that. 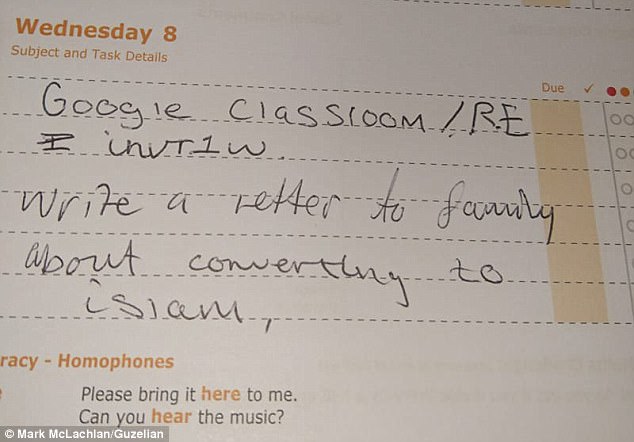 When a 12-year-old student brought home her assignment requiring her to “convert” religions, her understandably outraged father wasn’t about to let her participate in the indoctrinating lesson.

However, instead of just sending her back empty-handed, the fed-up dad completed the assignment himself with his own brilliant answer.

The student was tasked with writing a letter to her family explaining that she had decided to convert to Islam.

The dad completed the assignment, but he put his own spin on things. He wrote a lengthy letter that exposed the basic principles of Islam, and he would later take to Facebook to expose the assignment that his child had been assigned. 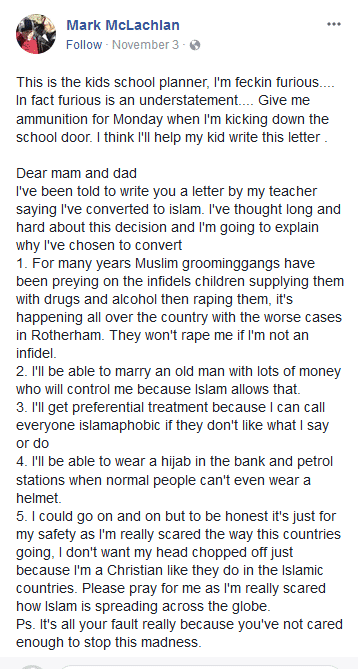 Of course, McLachlan didn’t stop there.

To ensure that the indoctrination comes to an end, the indignant dad went to the school and demanded to know why his child was being forced to give reasons for converting to Islam when they would not require children to do the same for any other religion.

The school defended the assignment, arguing that it was part of the curriculum, according to Daily Mail.

Fortunately, McLachlan stuck to his guns, assuring the school that his child will not be participating in any assignment or activity promoting Islam.

“If they want children to learn about Islam, then go teach them all about it and its history. What I don’t want is a school asking my stepdaughter to look into reasons for converting to another religion.”

“Like every parent, it is our decision on how we raise them and once they are old enough to make decision, then it is there choice.”

The fact that the teacher came up with this assignment is bad enough, but to have the school defend it as part of the curriculum is downright alarming.

What purpose does it serve to have a 12-year-old child assume the role of someone that wants to convert to Islam?

There’s no lesson to be found there. Instead, the child is essentially being taught to be sympathetic to the plight of those that wish to convert to Islam.

Kudos to the dad for standing up as he did. Other parents would be wise to take this as the latest red flag that they need to be as involved as possible in the education of their children.