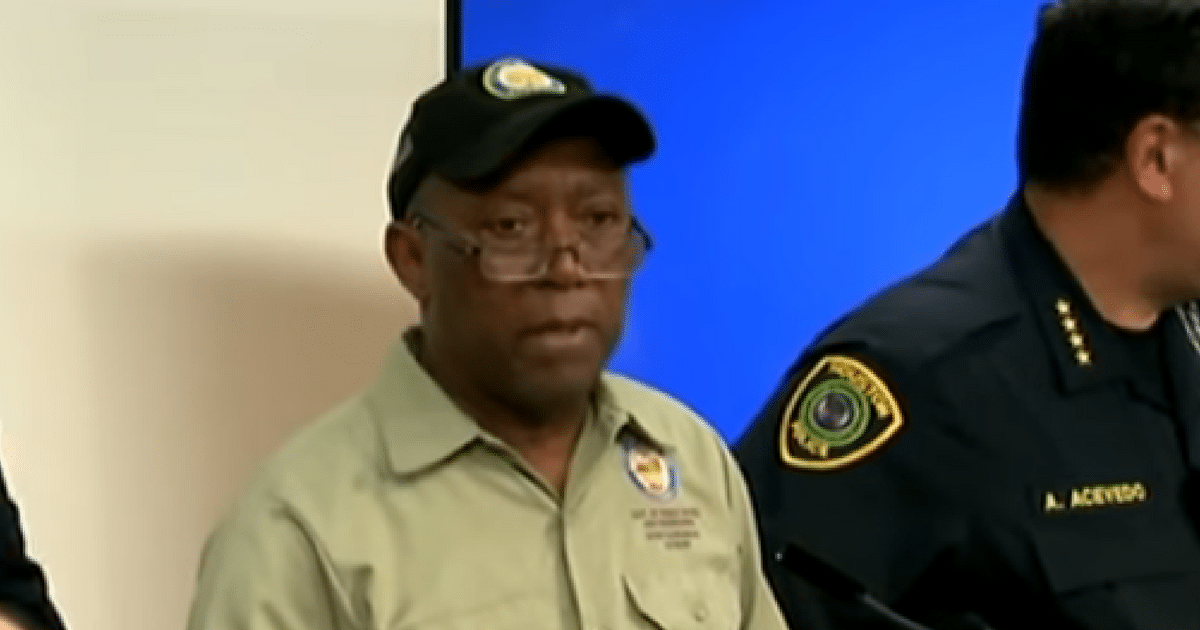 The background, of course, is record-setting Hurricane Harvey. The total devastation in Houston has brought the country together. Celebrities have raised a ton of money. Officers and civilians have worked side by side to rescue people. And the entire nation has prayed.

Especially, mind you, if President Trump himself already told people they were safe.

Houston Mayor Sylvester Turner on Monday morning sent a clear message to members of Houston’s immigrant community who might fear seeking help during Hurricane Harvey because of their legal status.

“There is absolutely no reason why anyone should not call [for help]. And I and others will be the first ones to stand up with you,” Turner, an attorney, said to reporters.

“If someone comes and they require help and then for some reason [someone] tries to deport them, I will represent them myself.”

"I don't care what your status is."

There’s a big problem with what Turner said.

Many conservatives are angry that Turner would defend lawbreakers, and they should be. But, technically, Turner’s right – this isn’t a time to investigate people’s citizenship status. And there’s one good reason for that – it protects the lives of first responders.

We’re talking about American officers, after all. They’re going to rescue everyone, no matter what their immigration status. That’s a given. Which means, of course, that if illegals wait until the last minute to call for help, because they’re afraid…they’re putting first responders in danger. And that’s bad for everyone.

But the main issue with Turner’s statement isn’t that he’s concerned for first responders or illegal immigrants not calling in to be rescued, it’s the motives behind his statement.  A new Texas sanctuary city law is going into effect on September 1, and it seems as though this mayor is taking advantage of the hurricane to delay the law.

Turner, on the other hand, wants to put the law, which goes into effect September 1, on hold as rescue efforts continue. Though even after the dust settles, Turner hasn’t shown any signs of goodwill toward the immigration law.

Turner is taking stand against Trump, Texas, and the Texas governor.  And he’s using Hurricane Harvey to do it. Sick.

That’s just too political for me.