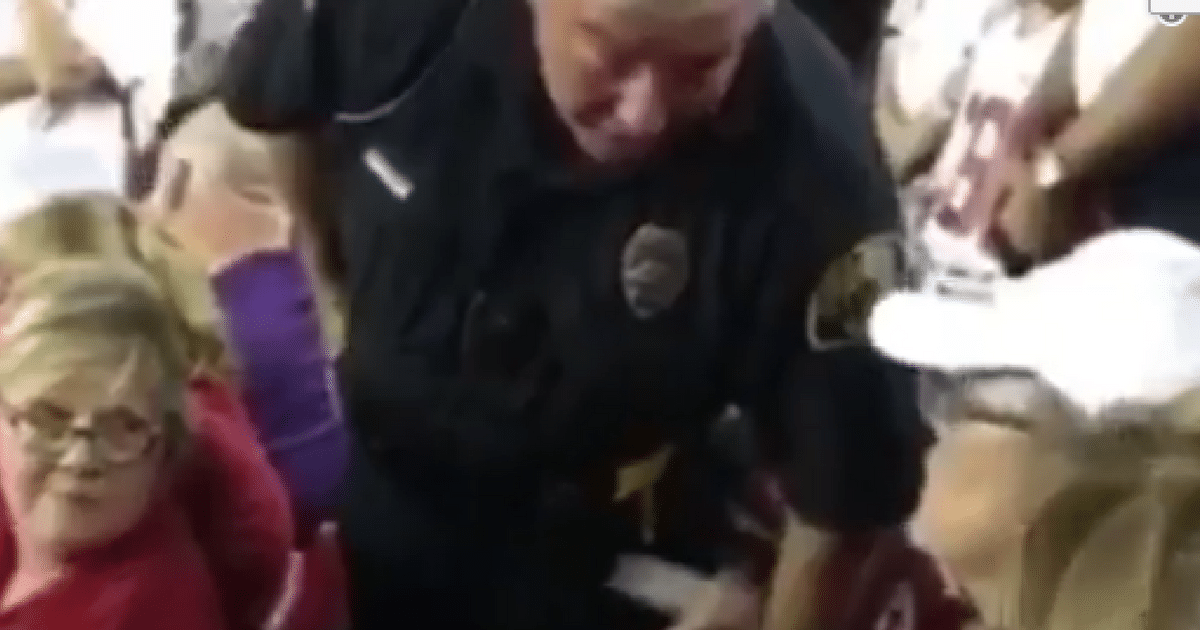 Members of law enforcement have to deal with a ton of nonsense each and every day.

It’s a truly thankless job, and that’s often demonstrated by the reaction of those that are caught doing things they’re not supposed to be doing.

Those that respond in inappropriate fashion will be dealt with swiftly, and that leads most properly grounded folks to respond in a more appropriate manner.

A woman at a recent football game in Alabama didn’t do that, and she’s now crying foul about how she was treated by the responding officer.

A video that went viral shows a woman being dragged from her seat by a policeman at the Alabama vs. LSU football game in Bryant Denny Stadium, WVUA 23 reports.

News 5 has learned that the woman who was taken from the stadium is 60-year-old Sheree Brush of Fairhope, Alabama.

So why was she dragged from her seat?

The video gives a pretty clear interpretation of what happened.

In the video, it appears the officer leans in and tells Brush there is no smoking allowed in the stadium.

You cannot make out her response, but she takes one more puff of her cigarette and pushes it toward the officer.

According to an interview with WVUA, Brush says this is what thousands of people who have viewed the video are misconstruing what actually happened.

According to Brush, she was merely handing the cigarette to the officer so that he could put it out.

That opens up the obvious question of why she felt the need to do that instead of just putting it out herself, but we’ll place that aside for the moment.

She was caught red-handed doing something that she shouldn’t have been doing. Rather than doing as the officer requested, she took another puff, dangled it in his face, and proceeded to pay him no mind.

The officer then took charge of the situation.

Brush is singing a different tale about what happened. Unsurprisingly, the liberal press is falling for it hook, line, and sinker – or shall we say that her version fits into their preferred narrative about law enforcement.

Also unsurprisingly, the woman has reportedly hired an attorney because she suffered so darn much during the whole thing.

The fact that the woman was completely in the wrong to begin with is being glossed over. There’s is a no smoking policy at the stadium. Period.

The police department has reviewed the incident, and they have determined that the police officer handled things the way he should have.

In short, it’s just another day in the life for those that have to deal with a never-ending stream of nonsense.