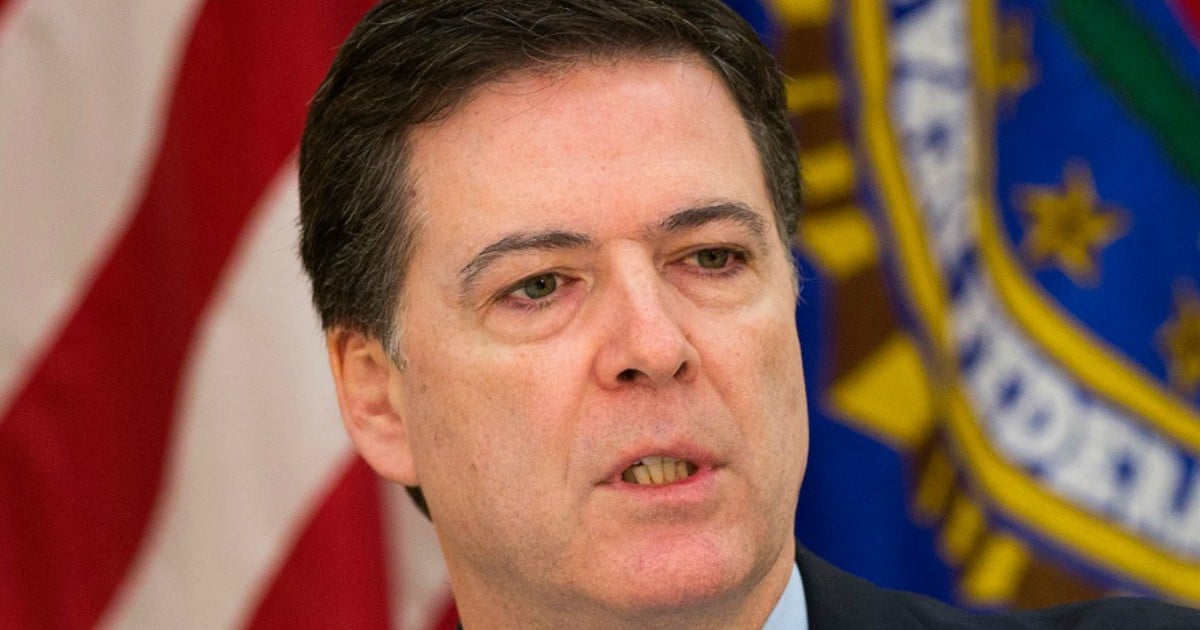 With all of the fake uproar over Comey’s firing, there’s at least one high-profile name who doesn’t think it’s a big deal at all. And that name is James Comey.

And while it might be tempting to think that Comey is just putting up a brave front, there’s good reason to think that he isn’t bothered by the whole thing at all.

And that’s because, put bluntly, he said so. Comey’s not worried about his own firing. And just in case his feelings on the matter aren’t perfectly clear, he’s written them down. And one part stands above the rest:

I have long believed that a President can fire an FBI Director for any reason, or no reason at all. I’m not going to spend time on the decision or the way it was executed. I hope you won’t either.

In short, ‘Grow up, America. Presidents fire FBI Directors. Stop trying to make this a conspiracy.’

I have to say, it’s one of the first times I’ve agreed with James Comey.

Former FBI Director James Comey said in a letter to staff Wednesday that the president has the right to fire anyone in the position of director for any reason he wants.

“It is done, and I will be fine, although I will miss you and the mission deeply.

“I have said to you before that, in times of turbulence, the American people should see the FBI as a rock of competence, honesty, and independence. What makes leaving the FBI hard is the nature and quality of its people, who together make it that rock for America.”

The letter was first broken by CNN. Comey had written it for his staff, most of whom would miss him greatly. Comey, it seems, was a kind overseer, even if a bit incompetent.

First on CNN: In ltr to FBI staff, Comey says he's "long believed a president can fire an FBI director for any reason or no reason at all" pic.twitter.com/AxKWwyk1PZ

CNN’s Jeffrey Toobin [compared] Trump to Nixon. David Frum, editor at The Atlantic, called the move “a coup against the FBI.”

And Keith Olbermann from GQ called Trump a “M*THERF***ING TRAITOR.”

Classy move, Keith. Scream at the television when the president does something perfectly legal.

You should take more advice from James Comey.