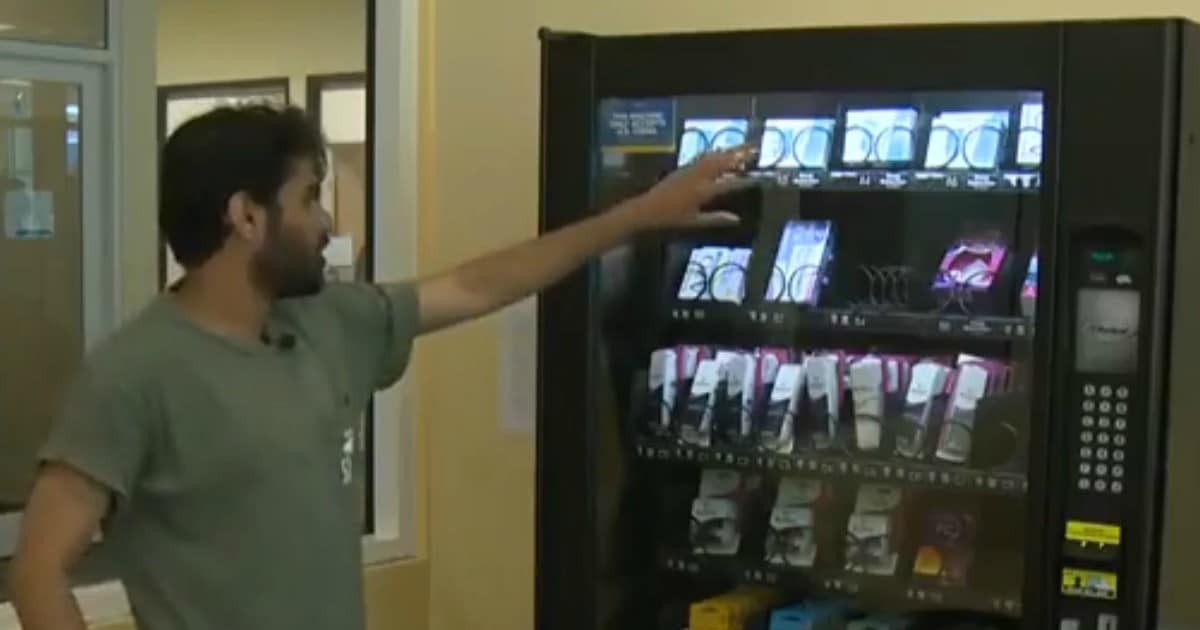 Liberal American college campuses have worked hard to create ‘safe spaces’ for their students – but they may have gone too far this time.

Luckily – and this is the good part – this particular instance of ‘going too far’ didn’t involve attacking liberals, or starting riots, or denying conservatives free speech. Or any and all of the things we’ve come to expect from Trump-hating campuses.

No, this instance just involves a vending machine. But it doesn’t sell food and drinks.

It sells contraceptives. Including the one kind conservatives have a real problem with – abortifacients, or the morning-after pill.

For students currently attending institutions of higher learning, a trip to the vending machine has new meaning.

The University of California-Davis campus has begun offering students a “birth control vending machine,” stocked with options, such as the morning after pill, condoms and pregnancy tests.

The machine, mind you, isn’t the only option for students. In fact, the main option for birth control, the campus health center, still offers everything the vending machine does.

The machine, however, offers these products 24-7. Which means you really, really don’t have to think about your actions until the last minute.

Which, to be blunt, is really part of the problem, isn’t it?

But, surprise, surprise, not everyone thinks so. Particularly liberal academics.

Cindy Schorzman from UC Davis Student Health applauded the vending machine and explained its appeal from a health prospective.

“When a contraceptive method is missed or fails, this provides an option to reduce the risk of pregnancy from that,” Schorzman said.

Of course, one unwitting student said it best:

“I really value the anonymity of having a vending machine. A lot of students like the judgment-free space and don’t have to feel the pressure of interacting with people.”

Ah, a Safe Space. That makes much more sense.

We’re raising a generation who cannot possibly stand to have anyone think less of them, stare at them, or disagree with them.