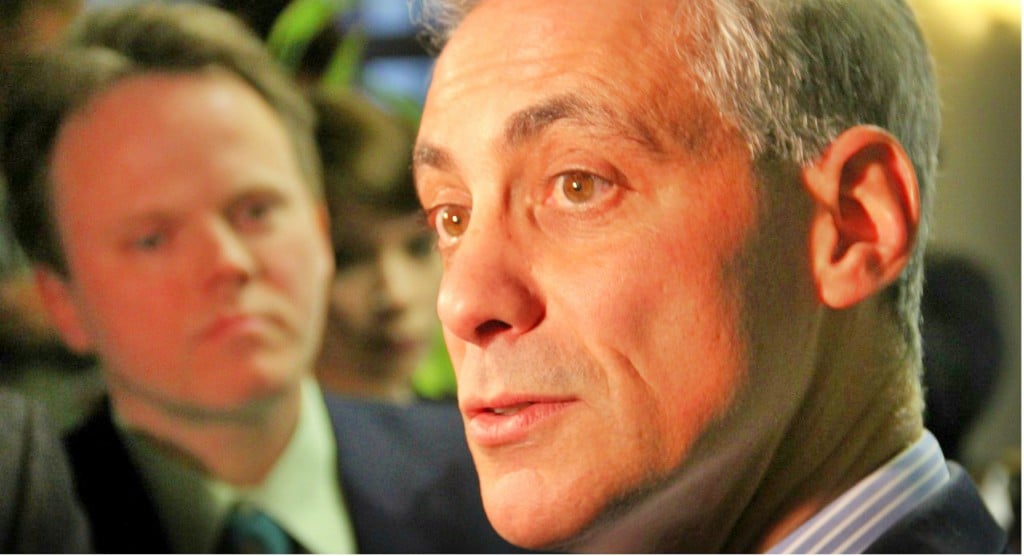 Some people may be wondering why there seems to be so much noise and anger coming from the Democratic Party.

Since their titanic loss on November 8, 2016, the democrats have little power in our federal government. Even in many states across America, they lost governorships and senate seats.

Their influence is at an all-time low. Not since the 1920’s have we seen republicans with so much power in our country

Because democrats have little influence in our federal government, with no legal recourse to challenge President Trump, they have resorted to protests, riots, pointless press conferences, and attacking conservatives — both online and physically. While there seem to be a few voices of reason within the liberal world, their advice to stay calm and focus on the issues goes on deaf ears.

So perhaps it’s time for some tough love, eh commies?

Chicago Mayor Rahm Emanuel took a big check to show up on the Palo Alto campus – where he effectively called tantruming democrats whiny children, telling them to put on their big boy/girl/it pants and move on.

Our party likes to be right, even if we lose. If you win, you then have the power to go do what you need to get done. If you lose, you can write a book about what happened. Great. That’s really exciting [Sarcastic Rahm eye roll].

Emanuel is not your typical touchy-feely, social justice democrat. And he is rarely considered politically correct.

But while he has some tough advice for his fellow liberals, it’s unlikely they are going to heed it.

The Democratic Party has long moved away from the cut-throat, do-whatever-it-takes tactics that Rahm Emanuel embraces.

He is willing to act decisively — even playing dirty — to get things done.

And while corrupt tactics are still bread and butter for most democrats, just look at the primaries, the party does not have the backbone to stand tall during this lean era.

Emanuel would do good to distance himself from this sinking ship.

As social justice warriors, feminists, and other hardcore liberals fight each other over basic issues, the rest of the country will continue to lose faith in their ability to lead.

People like Emanuel are few and far between and certainly cannot win the support of the rest of the party.

All his bravado and tough talk will go to waste.