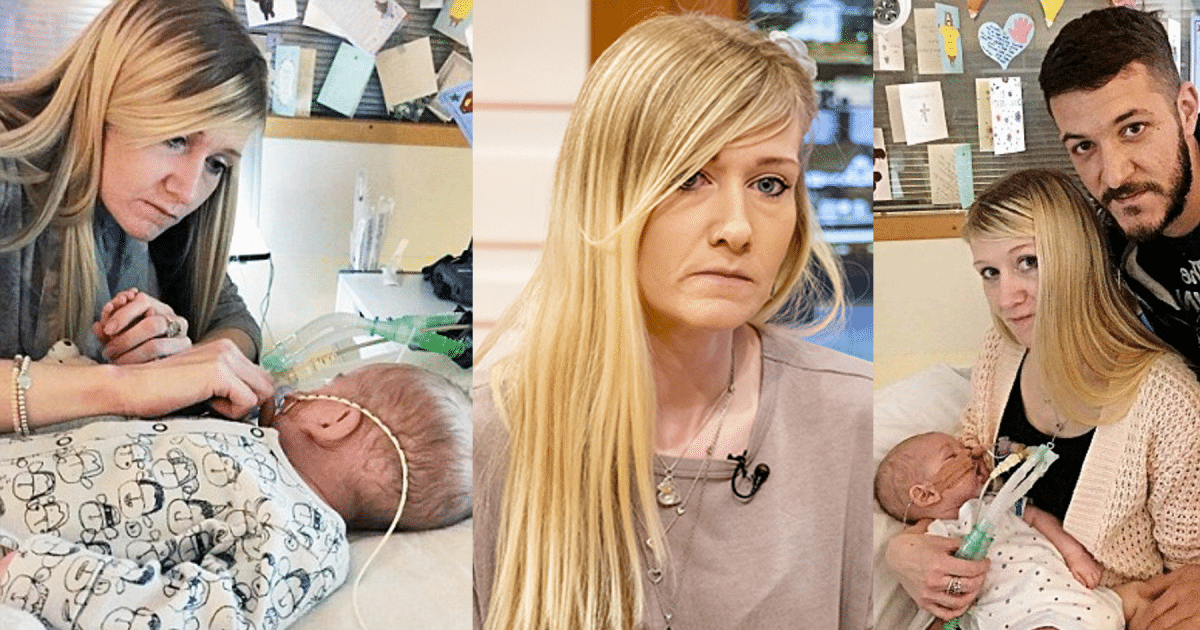 The world has watched in shock as a European court sentenced Charlie Gard to death.

This young boy could receive life-saving treatment in America, but was denied by a cruel, uncaring bureaucracy.

But hope is not lost. And his mother is thanking certain people for their help to save Charlie. 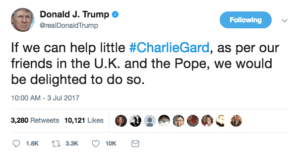 The European Court of Human Rights effectively handed Gard a death sentence June 27, when it ruled the terminally-ill baby should be pulled off life-support. Gard’s parents want to take their son to the U.S. for experimental treatment of his rare genetic disorder, but the courts have repeatedly denied such a request.

Trump and Pope Francis have both spoken out in support of the parents. Connie Yates, Gard’s mother, told BBC Monday that their words “turned it into an international issue.” Yates added that their support has been the “single biggest factor” in ensuring Gard remains on life-support…

“There are a lot of people who are outraged about what is going on,” Yates told BBC Radio 4’s Today show, according to The Guardian.

Those of us in the U.S. are horrified to think that a court can prevent a child from receiving healthcare. But that’s the nightmare millions of people face in Britain and the rest of Europe.

Because of the restrictive, socialist nature of their governments and healthcare systems, this baby might die. How is universal healthcare sounding now, guys?

Thanks to a few words from President Trump and the Pope, more attention is being paid to little Charlie and his desperate family.

Perhaps the ruling can be overturned and he can receive that treatment.

But will the courts decide in time?

Or is it already too late for young Charlie…and the rest of Europe.