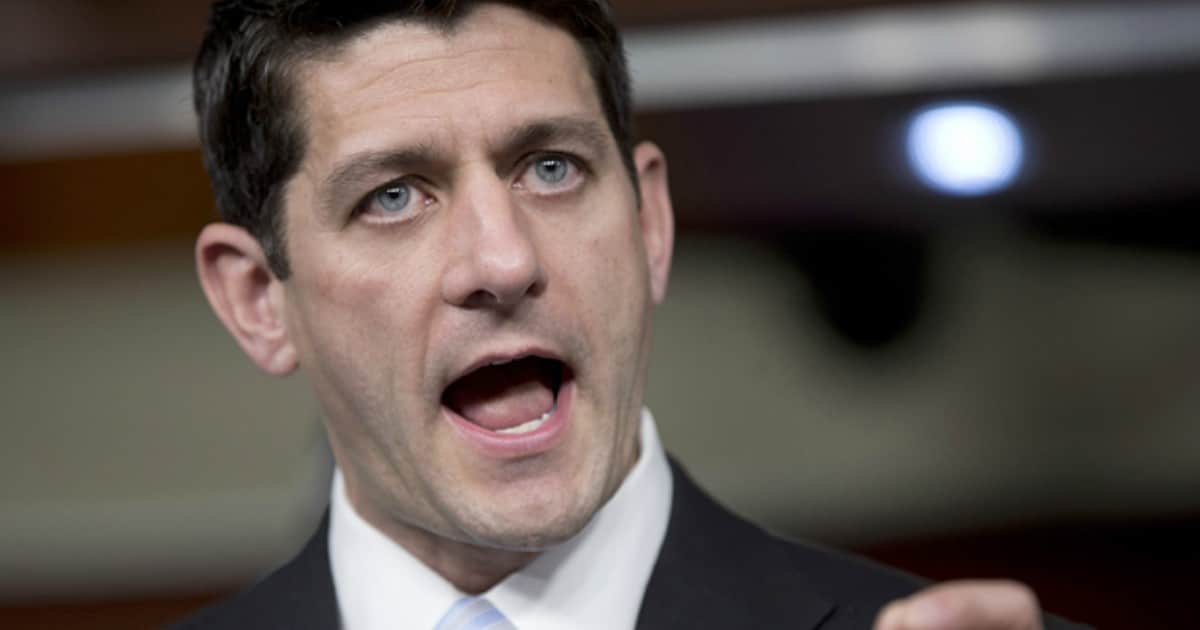 It’s becoming more and more clear that Paul Ryan is trying to set himself up as the new de facto president of the United States.

Sound crazy? Well, hear me out.

Speaker Paul Ryan has spent a great deal of time in the past few days pretending to replace Obamacare with something better. Instead, he’s given an almost carbon copy of Obamacare itself.

None of the changes that needed to be changed are changed – they’re still all there, thanks to Speaker Paul Ryan.

And he actually expects people to vote ‘yes’ on this piece of crap legislation.

Nearly all congressmen are making it very clear that they’re going to say no. And one of them is none other than Rand Paul. And he had some choice words for Ryan’s terrible bill.

In the interview, Paul accused Ryan of misleading President Donald Trump on the process and the level of support in the house for the bill that House GOP leadership – at Ryan’s direction – put forward this week.

Now, I accused Ryan of trying to set himself up as the de facto new president. So hear me out – Breitbart reports that an astonishing number of congressmen are already promising to vote ‘no’ on this new bill.

Apparently, they all have the same problems with it that Rand Paul has – it’s Obamacare, in every way.

So why is the speaker promising the President that the process was going to be easy? When it’s very clear that getting this bill passed is a fight that neither Ryan nor Trump will likely win?

Read that again – this is a fight that Trump will likely not win. Has that ever happened before in the history of anything Trump? He’s never lost. What exactly is Ryan setting him up for?

Rand Paul’s solution is simple and commonsense – forget trying to repeal and replace Obamacare in one blow. Do it in two steps. Repeal, and then replace. Doing it all in one go might make a liar of President Trump – he’d be stuck with a failed promise to repeal Obamacare.

Given how much the media hates him anyway, that’s not a danger to which he should expose himself.

Which makes me wonder – why in the world is Ryan trying to expose him to it?

Keep watching Ryan. This is going to get interesting.