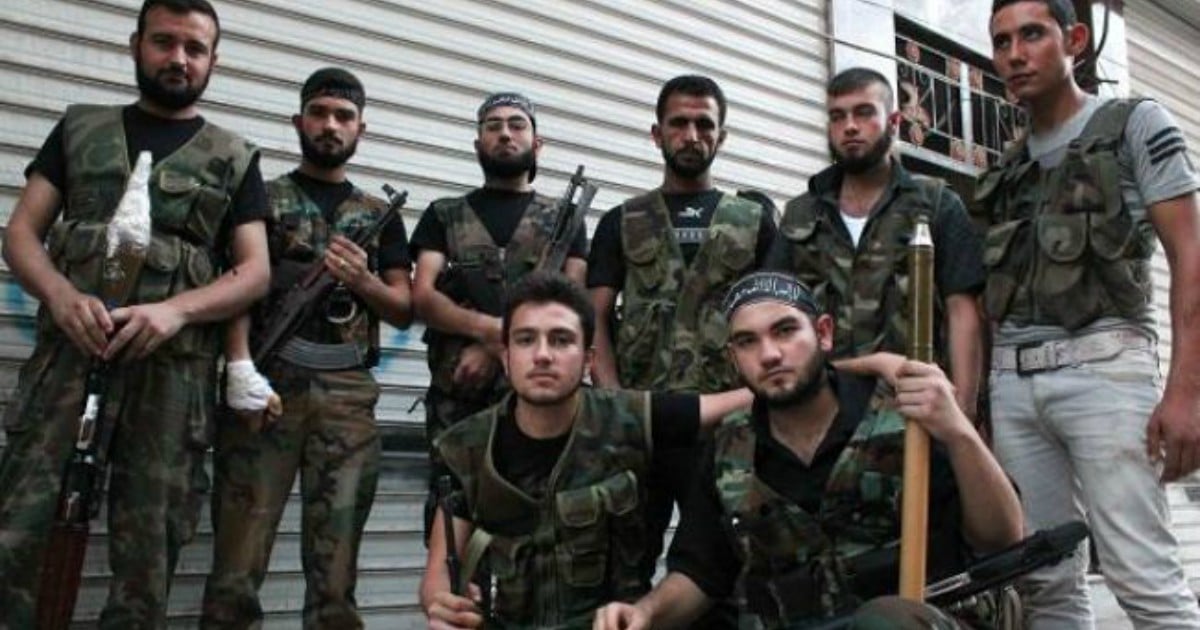 When it comes to Syrian militias, the average American knows only one real response: cheer on the missiles that Trump sent Syria’s way. It’s a good response, and it supports a moral Trump policy – don’t let innocents in Syria be gassed.

It’s a pity that at least one American citizen has other ideas about that.

It’s not just an Anti-War mindset, mind you – there are lots of libs that believe that violence is wrong, no matter what. And in between bouts of getting beaten up, they usually stage anti-war protests.

But few of them go so far as to sell weapons and munitions to those same militant rebels and terrorists. That’s a step above verbal support.

But it was just the kind of support that a California businessman wanted to provide.

The FBI arrested a California CEO Tuesday for smuggling rifle scopes and other tactical equipment to Syria, despite American sanctions on trading with the country.

Rasheed Al Jijakli, 56, was the CEO of a check cashing business.

He allegedly avoided U.S. sanctions on Syria by carrying contraband such as rifle scopes, laser sights, bulletproof vests, and other military equipment through Istanbul, Turkey and giving them to combatants in Syria.

Jijakli is charged with smuggling and both violating and conspiring to violate trade sanctions. If convicted, he faces up to 50 years in prison.

The reasons why this kind of weapons trade is illegal are obvious. Glaringly, glaringly obvious. You don’t want to be supporting terrorists, rapists, or murderers, just because you couldn’t research the history of the groups to whom you sold guns.

But the bigger story here may not be Jijakli himself, but everyone like him. Because trying to sell aid to foreign militia groups is way more common than you’d ever imagine.

Jijakli is the most recent of several DOJ arrests against Americans providing material support to militant groups in the Middle East.

Yahya Farooq Mohammad pled guilty to traveling to Yemen to provide thousands of dollars, equipment, and other assistance to notorious now-deceased terrorist recruiter Anwar Al-Awlaki. His plea deal stated that he will be sentenced to 27 years in prison.

Mohammad also pled guilty to attempting to hire a “hitman,” who was actually an undercover FBI agent, to kidnap and murder U.S. District Judge Jack Zouhary.

To sum up, extremists are using our country’s freedoms to sell weapons to other extremists.

It might be time for another set of Syria-bound missiles.