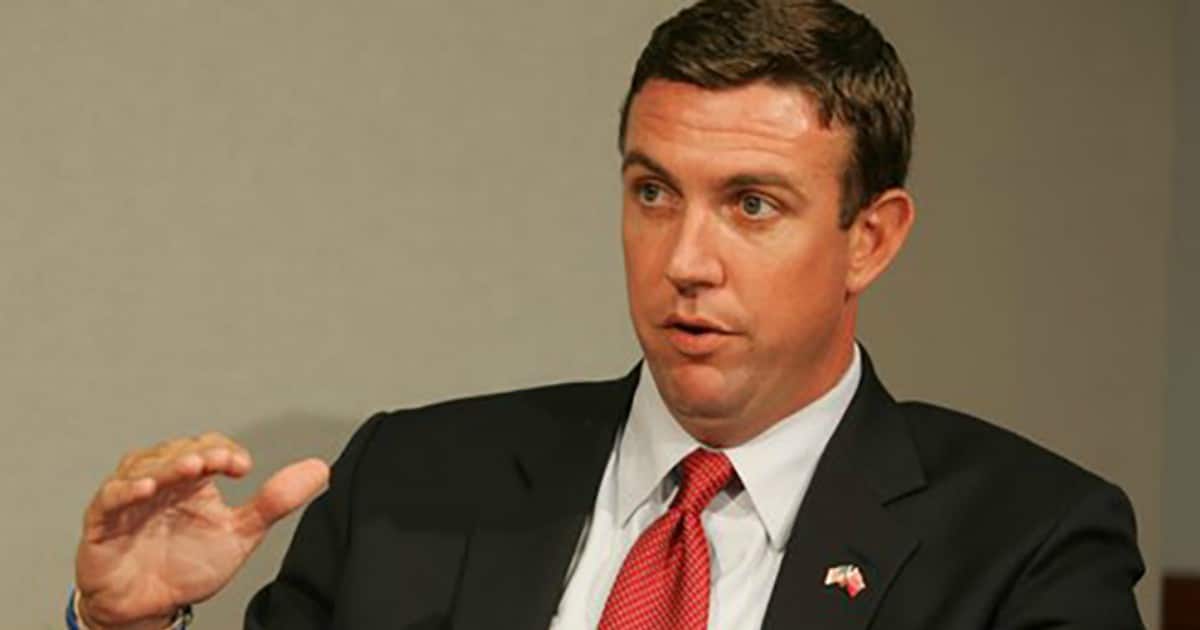 Since Trump’s Inauguration, California lawmakers have tried to oppose his every reform. Before he started working to make America great again, they passed statements that insulted him. They’ve made it clear that they do not care about this country, or whether or not we thrive.

At every turn, the governor of California or his cronies in the government have spoken out against Donald Trump. His plans to secure the southern border have been severely opposed. It seems like California leaders want drug dealers, rapists, and murders to flood our country.

When it comes to strict vetting at airports, it is West Coast judges who have tried to undermine the President’s authority. And of course, the despicable protests to the National Anthem started in that part of the country.

But perhaps they’ll change their tune, thanks to this one serious issue. At least one of their lawmakers sees it that way.

Every day the threat of nuclear war grows. North Korean tyrant, Kim Jong-un, promises to destroy the United States. More and more they are improving their missiles. On a regular schedule, they launch them into the ocean, towards Japan. Now we know they’ve moved their missile bases to the coasts, making it easier to hit American targets. And which targets specifically? Why, major cities in California, of course.

Hmm. Perhaps Trump’s promise of a preemptive strike isn’t such a bad thing, eh guys? A few lawmakers are seeing the light and are speaking out.

“You could assume, right now, that we have a nuclear missile aimed at the United States, and here in San Diego … we could be under direct fire from the North Koreans,” Hunter said in an interview Thursday with news station KUSI.

“The question is, do you wait for one of those? Or, two, do you pre-emptively strike them?”

“I would pre-emptively strike them,” he said. “You could call it declaring war, call it whatever you want, but preemptively striking them and taking them out, I personally think that’s the only thing to get them not to have nuclear missiles aimed at the United States.”

Given that The Associated Press reported in July that “a wide swath of the United States, including Los Angeles and Chicago, is now in range of North Korean weapons,” that’s tough to argue. But Hunter’s candid admission immediately triggered backlash from a number of individuals, including Shawn Vandiver, the San Diego director of the Truman National Security Project.

“The fact is, a preemptive strike from us results in tens of thousands of deaths, many of whom may be Duncan Hunter’s constituents, all of whom are American citizens or wearing our uniforms and that is absolutely unacceptable,” he said.

Despite what ‘bleeding-heart’, cowardly liberals claim, a strike from North Korea on California is unacceptable. They claim they don’t want to take tens of thousands of North Korean lives. But apparently, they don’t care about the millions of people who live along the California coast.

Any liberal that opposes a pre-emptive strike on North Korea, in order to protect Americans, truly does not care about our country.

How could they put the interests of North Koreans above their own people? Once again, we see liberals living in a fantasy world. They really assume that because we are safe right now, that will never change. They are unwilling to make the tough choices to avoid catastrophe.

So why are they given leadership roles?

At any moment, North Korea might strike. It’s up to our leaders, in government and military, to take measure to make sure that never happens. It’s time that the left gets in line with our president, especially considering the threat of North Korea.

There’s no telling when a strike from this rogue nation will occur. We need to be prepared. But I guess liberals don’t mind their people dying in fiery hell.