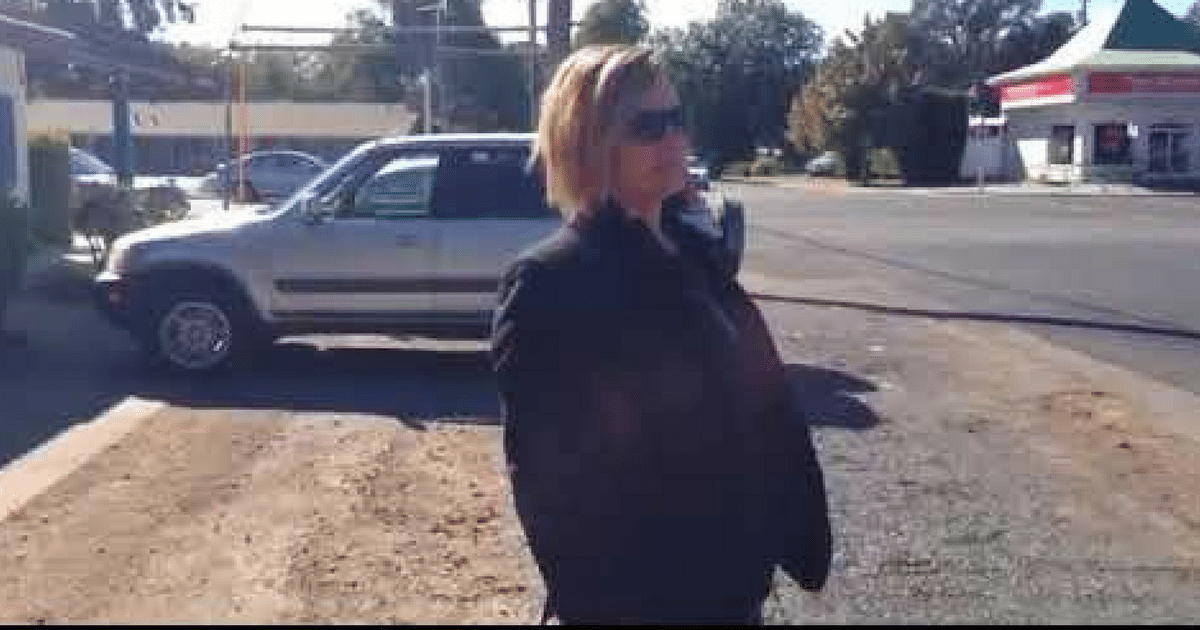 President Donald Trump has sparked more interest and passion in regards to politics than any other leader in modern presidential history.

While it’s fantastic that people are more engaged, the passion is incredibly over the top. Some of those that are opposed to the commander-in-chief act as if he has walked into their home and kicked their pet.

There are people out there that can’t stand Trump. That’s all fine, well, and good, as we can always find people that aren’t real enthused about whoever is occupying the Oval Office.

However, it’s incredibly different this time around. The widespread hatred, vitriol, and disrespect towards Trump and his administration is nothing short of disturbing.

The mainstream media continually trumpets this behavior as if it’s somehow normal and acceptable, but the reality is that it’s not.

That applies regardless of who the current commander-in-chief is. The president deserves all of our respect, but that’s not to be confused with outright support.

It’s perfectly fine to disagree on the issues. That’s part of what makes America great. In a perfect world, solutions that work for all will arise from those disagreements.

However, it’s impossible to see how we can get there when there’s so many people out there that view the removal of Trump from office as the only path forward.

To get there, they’re willing to do anything. False narratives are advanced with reckless abandon, and they have zero problem slandering Trump to get their points across.

It’s a sad commentary on the state of politics in America, but we’re somehow supposed to believe that it’s really ok because people are so darn passionate these days.

It’s not, and the examples of how far out there people are getting becomes more alarming by the day.

Breitbart shares the scoop on another one.

The owner of a tiny fashion store in the small, conservative California town of Chico put up a billboard on Wednesday afternoon portraying President Donald Trump as Hitler — and you can imagine what happened next.

Rouse & Revolt owner Nicholle [Haber] told Newsweek that she didn’t sleep much last night. Her phone wouldn’t stop going off with the persistent buzzing of death threats for her sign, which stylizes the number 45 into a swastika and features Trump posed in a Hitler-esque stance.

“I’m living in a small, podunk red town and I’m already getting death threats,” said [Haber], whose store is in right-leaning Chico, population 90,000. “My business has completely floundered. Overnight I had more one-star reviews than all the reviews I’ve received in a year.”

We’re going to fashion a guess that Haber is a big consumer of anti-Trump related news, but the same can be said for the majority of Americans.

The largest outlets out there spend an inordinate amount of time portraying Trump in a negative light. It doesn’t matter what Trump or his administration does. There’s a way for it to be spun into a negative, and the mainstream media continues to fall over itself to do just that.

Haber seems to be confused as to why she received so much backlash. After all, everyone must see the world the way she does, right?

But Haber said she’s not only standing behind her beliefs, she’s using the platform of her business to promote her political beliefs.

“He is not presidential, he is not a president,” [Haber] told Newsweek. “He is a celebrity who was born into money. And he’s a Nazi sympathizer. I am going to stand behind my beliefs regardless.”

Ok, well I guess we could congratulate her for being so steadfast, but we actually find ourselves consumed with feelings of concern and sadness.

When your beliefs cross the line into obsession – as evidenced by her willingness to destroy her own business in a bid to make a point – you have yourself a problem.

It’s time to step away from the news for a while, take some deep breaths, have a brisk walk, and perhaps enjoy a hot beverage while calming yourself down.

Haber has yet to comprehend that, and she’s actually considering kicking her ‘fight’ up a notch.

San Francisco Chronicle reports that Jim Moravec—the general manager of Stott Advertising—claims the billboard was removed because he received complaints from people who were confused by the message:

“The speaker wasn’t clearly identified,” Moravec explains. “There’s not sufficient name recognition. It wasn’t clear that this was a business name and not a command or instruction. That combined with the depiction of violence led us to take it down.”

Haber is talking with an attorney as she says, “Nowhere in my contract did it say they have the right to refuse. The fact that they put it up and then took it down is ridiculous. Like, ‘Oops, we didn’t notice that was Trump Hitler.’”

There are many more examples out there along these lines, and they all make us walk away scratching our heads.

When did it become ok to so blatantly disrespect the President of the United States? We’re all about free speech, but this is getting ridiculous.

The only recourse is to avoid Haber like the plague, and that appears to be the choice that has been made by her former customers.

That should be enough of a wake up call for her to realize that her so-called passions have all the earmarks of someone that has become unhinged, but it doesn’t sound like we should be too optimistic about that.