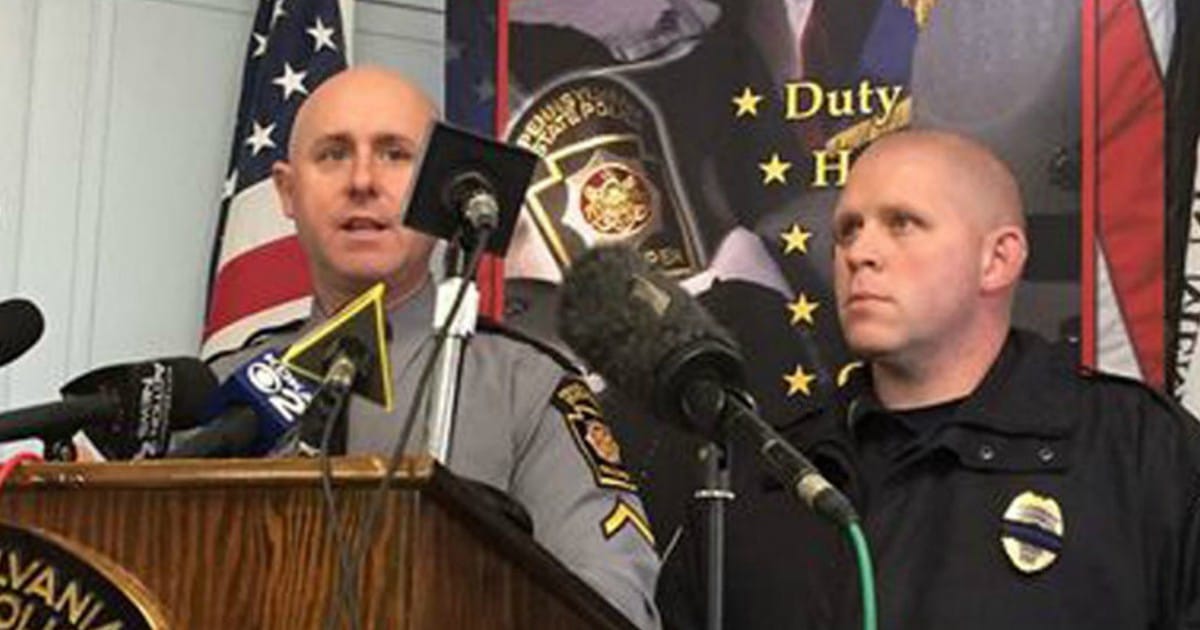 Two of Donald Trump’s biggest battles just joined forces – and the outcome doesn’t look good for any of the president’s Law and Order campaign promises.

Trump, you’ll remember, promised the country that he was the Law and Order Candidate. And he wasn’t kidding. He started a war on illegal immigration, cracked down on voter fraud, and started standing up to America’s enemies.

But a lot of these problems don’t just go away – they push back.

So it’s no surprise that one of the biggest drug-running scandals in recent history is being operated by two illegal immigrants. And given how defiant they are to the police, it’s a good bet that they’re only the tip of the iceberg.

Two illegal immigrants are facing deportation after authorities took down a heroin smuggling operation in Pennsylvania Thursday, seizing nearly $75,000 of the substance.

Authorities in the state received intelligence of a major drug shipment coming into Westmoreland County, Penn., and police patrolling the highway were put on high alert for suspected traffickers.

A K-9 unit was dispatched, which tipped officers off to a box of drugs in the trunk. Investigators found 7,500 stamp bags of heroin estimated to be worth $75,000.

Now, selling drugs is bad enough. And breaking our nation’s immigration laws. And, of course, the two combined is especially bad.

But it’s easy to miss the bigger picture here. The suspects weren’t just running drugs – they were running heroin. And if you’ve missed the news in the past few months, heroin is becoming a big, big problem.

Pennsylvania is suffering from rampant opioid abuse. Heroin addicts from out of state are actually flocking to Philadelphia because of the reputation of heroin in the city as some of the strongest in the country.

Officials say that the presence of fentanyl, a painkiller roughly 50 to 100 times more powerful than morphine, and other strong chemicals in heroin are causing addicts to purposefully seek it out for abuse.

We’ve written about fentanyl before – it’s the stuff that’s strong enough to knock a cop out cold, just by touching it without gloves. It’s new, it’s powerful, and it’s causing one of the biggest drug abuse problems in modern history.

And the criminals running from Trump? They’re cashing in on it.

There’s never been a better time to show your support for local cops. And Donald Trump.