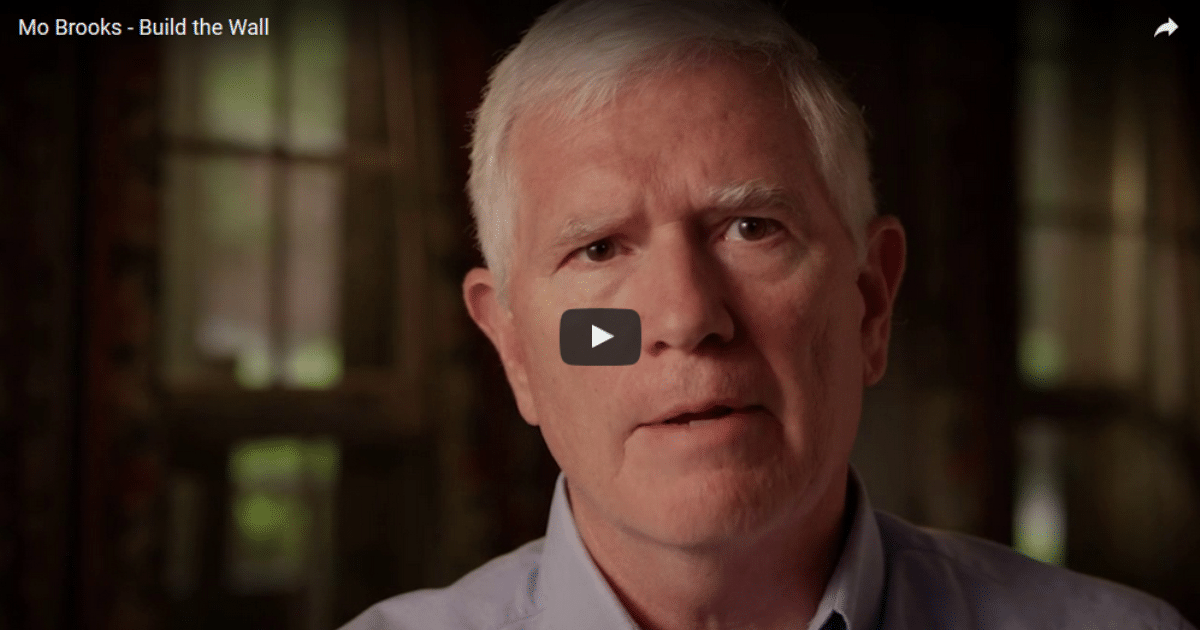 One of Donald Trump’s biggest promises as President is to build a wall across the U.S.-Mexican border.

Funds and work is underway, but democrats in D.C. are resisting. These un-American hacks are working overtime to aid illegal aliens and drug cartels.

It looks like their plans won’t work out so well. One conservative congressman is about to give them a much-needed Bible study.

The congressman is one of the three major candidates in the race to succeed now-Attorney General Jeff Sessions Senate seat.

Brooks released a video in which he threatened to shut down the government in the U.S. Senate if they do not fund Trump’s border wall…

Brooks then said that even some establishment Republicans are blocking the way for funding, adding that he would fight any spending bill that didn’t fund the wall.

And then he made a threat that might just put some fear into some senators: “And if I have to filibuster on the Senate floor, I’ll even read the King James Bible until the wall is funded. And you know what? Washington could benefit from that.”

Brooks, like millions of Americans, is taking the President’s plan seriously. We are suffering thanks to weak immigration policy and the irresponsible practices of liberal leaders. Illegal aliens hurt our economy, communities, and national security. The situation at the border is exploited by powerful and evil drug cartels.

Yet the democrats look the other way. They are stupid enough to think all those criminals and illegals will vote for them, if they let them in.

They don’t even care when Americans die by their hands.

Brooks isn’t taking it lying down. He is going to work to get the wall built, to support the President, no matter what.

Don’t be surprised if he wins Sessions’ old seat. We are going to see politicians who support Trump winning big time. Anyone that doesn’t—gets early retirement.