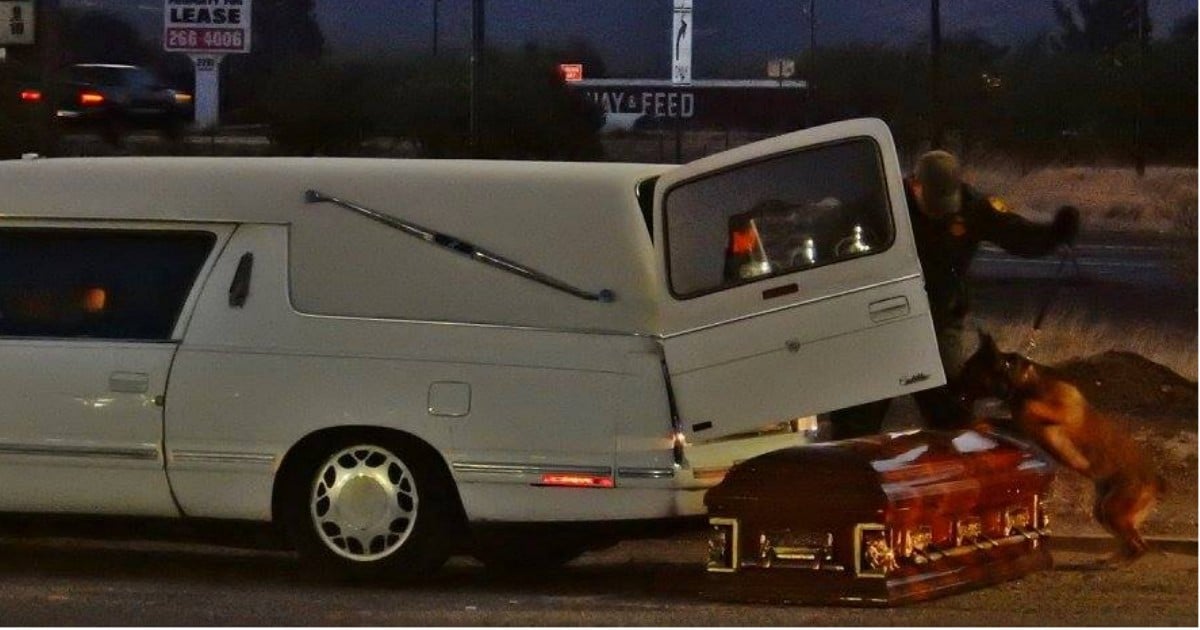 In today’s ‘this is why we need a border wall’ news, yet another Mexican smuggler goes to really disgusting lengths to get his merchandise to the US. Proving, of course, that the only thing that’s going to stop these people is a huge barrier.

Because if someone can do this to get their drugs to the US, they’ll be willing to do anything.

Mind you, the Border Patrol has seen the worst of the worst examples of drug smuggling – heroin and coke hidden in people’s bodies, hollowed-out gas tanks, or mattresses full of cash. All part of a day’s work.

But no one yet has seen a big pile of marijuana hidden in a bigger pile of manure. I guess there’s a first time for everything.

After a hearse was stopped at an immigration checkpoint near Tombstone, Arizona, Border Patrol agents decided to stop the driver and ask some questions.

After the man gave several inconsistent answers…a routine search of the vehicle was performed, and agents quickly realized their suspicions were warranted when they found 67 pounds of marijuana in the casket in the back of the vehicle.

Mind you, they didn’t find the marijuana first. No, they found the disguise first.

…the agents had a canine unit to search the vehicle. As they suspected, when they cautiously opened up the casket in the back, there wasn’t a body inside the casket. Instead, they found bricks of marijuana as well as “multiple bags of manure intended to mask the smell of the drugs.” 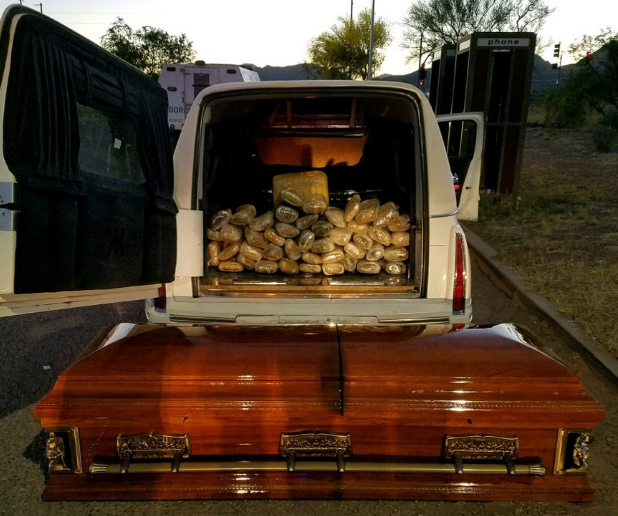 Clearly, the manure didn’t throw the dogs off the scent of the drugs, so the man was driving around with stinky manure for nothing. 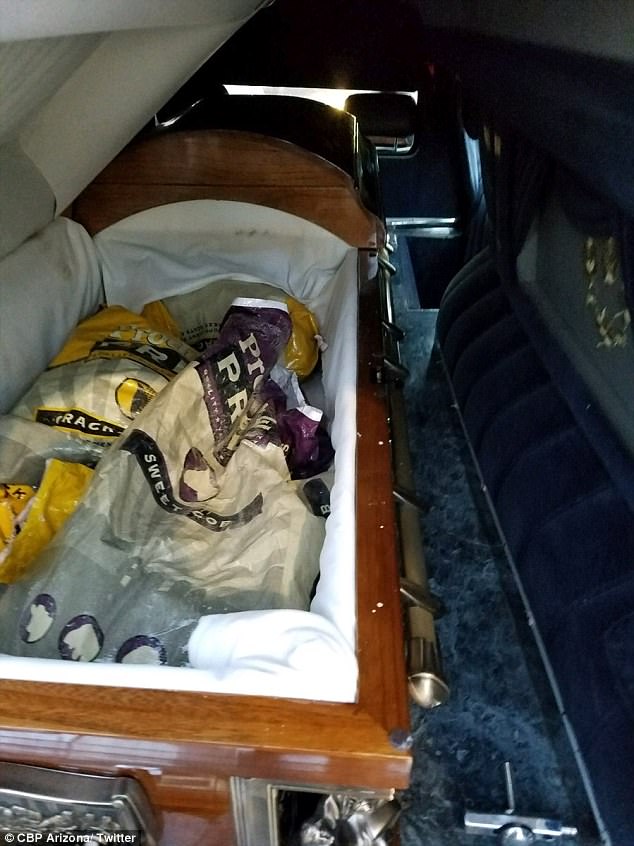 But while being arrested for having several pounds of manure in the back of your hearse is funny, it does underscore the importance of Trump’s agenda. Because these kinds of smugglers and criminals are crossing the border every day.

And if a man is willing to swallow plastic bags full of heroin, or stuff his car full of weed, or ride in a hearse full of manure, he’s clearly willing to do anything to make money selling drugs in the US.

Nothing’s going to stop him, short of something that can stop everything.