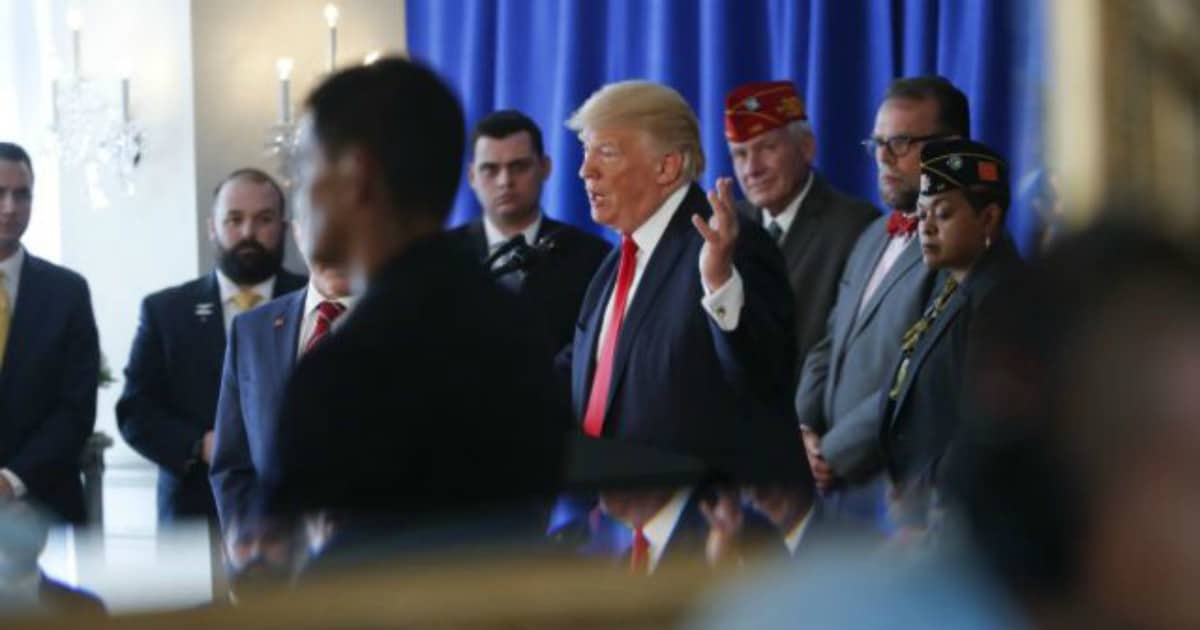 American liberals have a one-track mind. And if that track isn’t ‘Trump is evil,’ they really don’t know what to do with themselves.

Luckily for liberals, the violence in Charlottesville was such a big news story that they didn’t have to go digging for angles to criticize the president. But they did miss one of the most important things Trump has done to-date for the country.

Fact is, while libs were screaming at Trump, Trump was doing one thing: working. He was doing his job, and signing bills.

Which in this case means that he was signing into law more reforms to VA healthcare – a campaign promise, a sorely needed help for veterans, and simply a good deed.

And everyone missed it.

The VA Choice and Quality Employment Act might have gotten buried by the media in a weekend dominated by North Korea and white supremacists. However, for America’s veterans, it’s the fulfillment of President Trump’s biggest campaign promises.

The president signed the $3.9 billion program into law on Saturday. It allows veterans to seek private care outside of the VA hospital system.

This new bill is another promise to Americans veterans, fulfilled. Before this, vets had to get all of their medical care in a VA hospital. The rules led to absurd and impossibly long wait times, during which some veterans died before receiving care.

And, of course, there were the hospitals serving cockroaches, and the ones hiring child molesters. The VA has had a truly impressive series of colossal mistakes.

So, what’s different about this new bill? Now, vets can go to any hospital they want, provided that there’s a long wait at a VA hospital. It means no ‘death by waiting in line,’ and no forcing vets to be helped by criminal doctors and molesting staff.

Thanks to @POTUS and Congress for working together to pass the VA Choice and Quality Employment Act of 2017 https://t.co/WXrcmmfSRA

In short, it means better, more reliable care for our nation’s vets.

Again, you might have missed it if you were reading about Charlottesville. But if, by chance, you can keep two topics in your head at once, know this: Trump just fulfilled another campaign promise.

No matter what else happens, Trump is working, and getting things done.