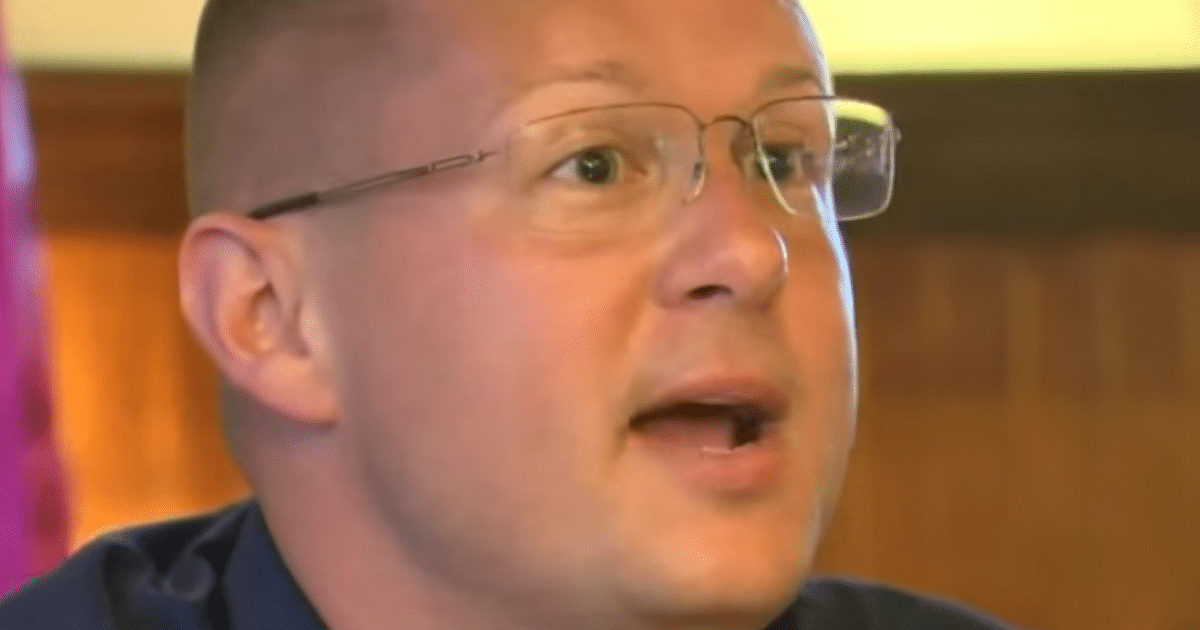 Today we rarely hear good news about the brave men and women who protect our cities. Police officers put their lives on the line to help anyone in need—regardless of race. Yet the media only focuses on stories that make them look bad.

But we all know the truth. When the chips are down, the police are there to help us. This was especially true during the terrible aftermath of Hurricane Harvey. Large portions of Texas cities were hit by this storm.

Winds, surge, and floods displaced thousands of people. Lives were in jeopardy, including that of Da’Jauh Hennix and her children.

Like many people, she thought she could wait out the storm in her home. Unfortunately for her and many others, the flood waters were too great. She had to leave, in order to protect her two children. The waters rushed in so fast, though, they had little time to evacuate.

The flood waters were so bad in her neighborhood, she had to wade out into the street. Hennix managed to get her children out with her, but there was little hope that they could get to dry land in time. That’s when she heard something approach.

Like a guardian angel coming out of heaven, Deputy Constable Reed Clark was passing by. The waters were so high, he wasn’t in a car, but a jet ski! Hennix frantically flagged down the officer, who quickly diverted his patrol to aid the woman. Without second thought, he began to help her and family.

Hennix handed the officer her infant child, who would not survive the harrowing trip through the flood waters. Deputy Clark took the child in his arms and safely carried the child to dry land.

Placing the child in his police cruiser, he stayed with her for hours, until the rest of the family could be reunited.

Thankfully the entire family managed to get to safety and mother and child were together again.

Now that things are slowly going back to normal, Da’Jauh Hennix wanted to find that officer and thank him personally for what he did to protect her family. With the help of a local news crew, she was able to do just that. The inspiring moment was captured on video.

…but now, Hennix wanted to say thank you. Taking a KHOU news crew along to record video that has since been shared to YouTube, the mother tracked down Deputy Clark and wanted to let him know exactly how she felt about what he had done.

It was a touching moment to see this family meet with Clark again and offering their heartfelt thanks. And it proves, once again, that Americans don’t see color. When the chips are down, we all work together to help each other.

Police officers are sworn to serve, regardless of a person’s race. They are the best and the brightest of our society, because they put race aside to help all Americans. We all can learn from that.