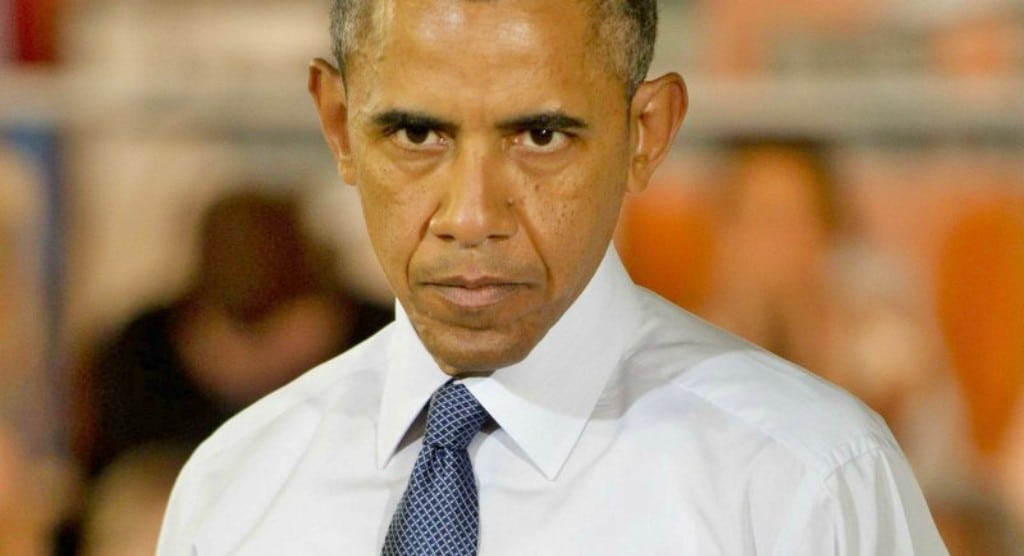 The funniest thing about losers is that they don’t usually know that they’re losers. They will fight, and lose; then bargain, and lose; and then, when all is lost, they will offer to give up everything they’ve already lost, as if that was their intention all along. It’s like an Arthurian swordfight, with the loser, without weapon or limb, telling the victorious king, ‘well, we’ll call it a draw.’

It’s no secret that Trump is a conquerer, and it shouldn’t come as a surprise that Obama still doesn’t know he lost.

A bit of history, for background: it’s common for presidents leaving the White House to write a letter of welcome for the incoming president. It’s difficult to imagine what Obama might write, given the stunning level of irrelevance his presidency will achieve in just a few short days – having all of your unconstitutional ‘achievements’ undone by the superior reasoning of Trump and his team seems like just the sort of thing to make a former president cry.

But none of us quite expected this.

From Mad World News: “Obama decided to use his welcome letter to President Trump as an opportunity to make one last plea to salvage his own presidency.”

This is, to be clear, the last frenzied gasp of a man seriously in denial – the final ‘dealmaking’ stage of the true loser. Obama has neither weapon nor limb left in this fight, and he’s actually calling for a draw.

It gets worse. “Trump said the letter included Obama’s blessing to repeal and replace Obamacare, provided that any new solution would accomplish ‘greater access, greater health care assurance to people, greater quality and bring costs down.’”

If you missed it, look again: Obama is giving Trump permission to do exactly what Trump promised to do all along – fix Obama’s massive mistake. Because of course Trump’s solution will provide greater access, assurance, quality, and efficiency. Wasn’t that part of his campaign the whole time? Did Obama just miss that message? Or any of the speeches Trump gave detailing his plans? Or the tweets? Does Obama really not see that he’s essentially asking Trump to fix his own failed presidency?

It’s truly the mark of a child, this – that he gives his parents permission to do exactly what the parents were going to do anyway, just to feel like he has control over a situation that is completely out of his hands.

Mr. Obama, not to put too fine a point on the matter, but President Trump has all the permission he needs. The American people gave it to him several months ago.

But thank you for your ‘blessing.’