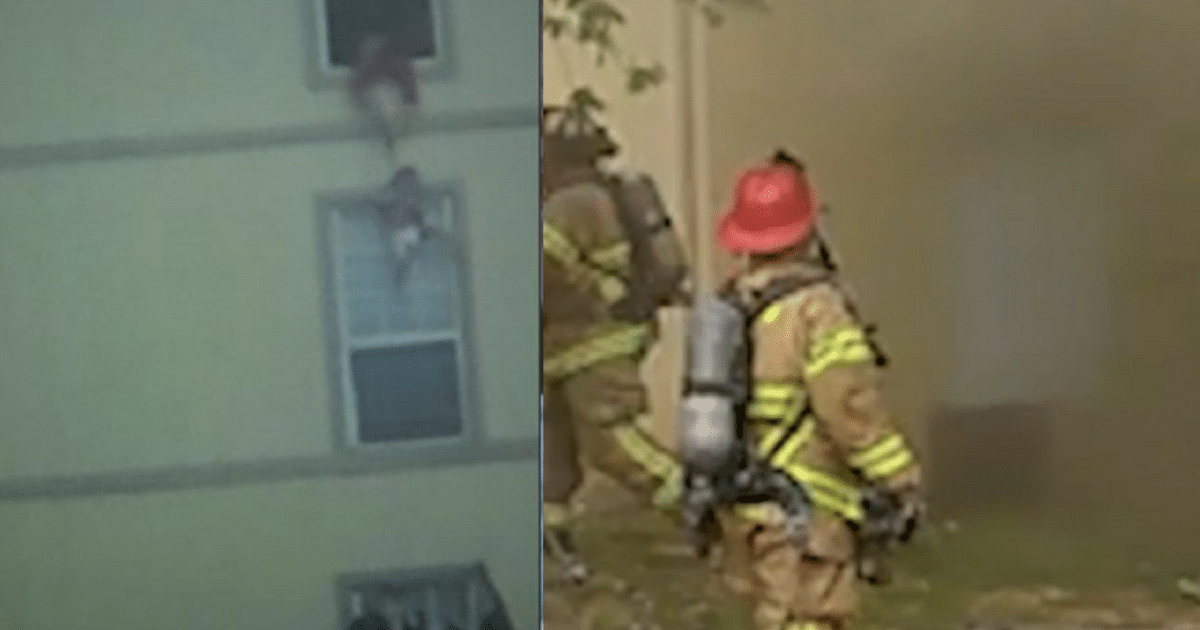 There is nothing more scary than watching your children be put in harm’s way.

It’s why most parents work so hard to look after their kids. And it’s why they can be forgiven for worrying too much, from time to time.

Perhaps the scariest situation to ever find yourself in is to be trapped in a burning building. The heat of the flames, the noise, and the choking smoke can make the most resolute person panic. It is even worse when you consider the great risk to your family.

But that was the very situation a man in Georgia experienced, when his home was set ablaze. He and his baby were trapped by the fire, only a window providing freedom.

That was when the firefighter forced the father to do the unthinkable.

Larry Carter, a master plumber, was renovating an apartment when, suddenly, the building next door burst into flames. Firefighters from the DeKalb County Fire Department in Georgia rushed to the scene, and Robert Sutton was one of the first responders…

The DeKalb County firefighter and his colleagues were frantically trying to put out the flames in the apartment building. Just when it seemed the situation couldn’t get any more dire, Robert heard a man yell, “Help!”

And that’s when he saw the baby.

“He was a little guy, so when I heard his father yelling ‘help’ and saw him hanging out the window with the baby in his arms, I just went into action,” Robert recalled…

“When I heard there was a baby, my heart started fluttering. But the firefighters [got] up to the window fast, and the one guy just caught it like a football pass. It was something to see,” said Larry.

Indeed, Robert told the dad to drop the baby boy, and the fireman caught him safely.

Imagine the harrowing situation. The building is engulfed in flames. The firefighters work tirelessly to put it out. Then they discover a man and his child.

Without hesitation, Sutton told the man to drop the baby boy. He caught the child effortlessly and carried him to safety.

It’s an amazing story and a testament to the brave firefighters who protect our cities and homes.

Be sure to share this one with someone you know.