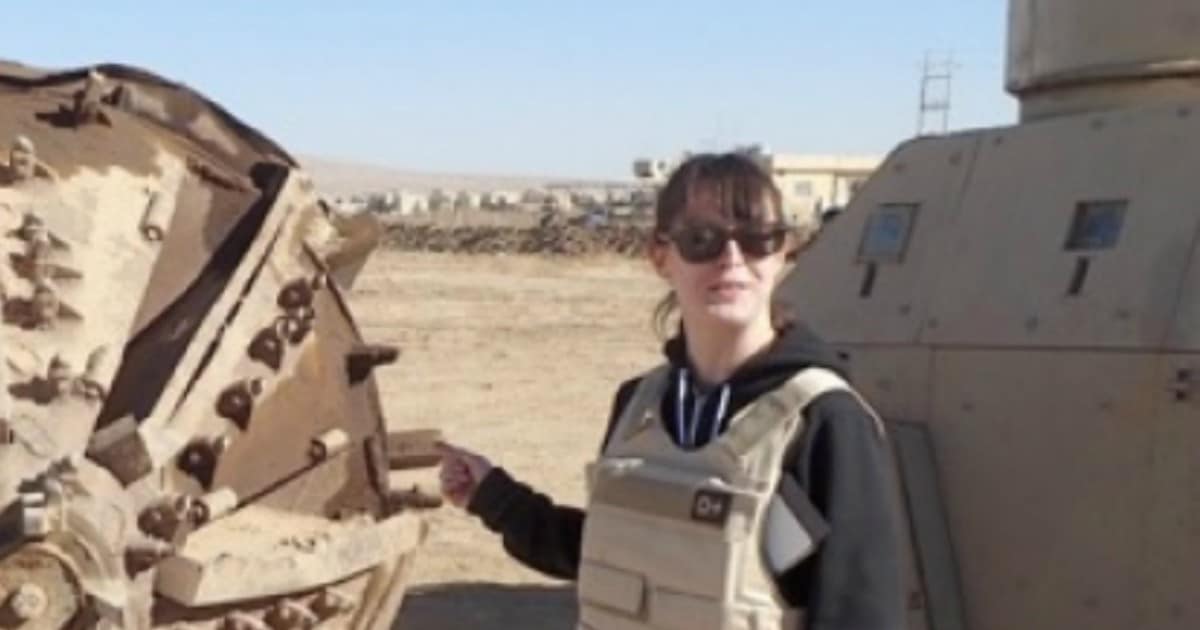 ISIS is, in today’s really unsettling news, way more technologically sophisticated than you could have imagined. And the weapons that they’re making show this clearly.

Mind you, some of the – well, for lack of a better word – amazing abilities of ISIS are well-known. They can make millions off of pistachios. They can turn people half a world away into terrorists. They’re so hard to kill that they’re literally causing the US military to run out of bombs.

But if all this isn’t enough of a reason to be thankful for Trump, I’ve got one more for you – ISIS is really good at inventing weapons. And authorities have found two that are particularly frightening.

The first is a suicide car, outfitted to break through whatever obstacles are in its way. The second one is a tunnel borer, which has already been tested and used under an entire Iraqi city.

I’ll assume you can figure out what’s scary about that one.

ISIS Apparently managed to create a tunnel-boring machine and it was retrieved by the Iraqi military.

The terror network managed to make its own tunnel-boring machine, a hideous but effective part of the group’s arsenal.

This weapon, and the suicide car, were both discovered by an unlikely expert – a young Canadian woman, whose job is finding, cataloging, and tracking stolen weapons. Especially odd weapons. And mostly ISIS weapons.

Devin Morrow [is] a technical advisor with the group Conflict Armament Research, [which] traces and documents illegally diverted weapons in conflict zones like Iraq, Syria…and Yemen. [She] expressed her surprise at the level of sophistication demonstrated by the terror group’s seized equipment.

“It’s quite unprecedented, the level at which ISIS is able to create its own ammunition and weaponry,” Morrow told Fox News.

“We don’t see this quality of production in other conflict zones. We don’t rely on secondary information. We spend a lot of time out in the field,” she said. “It does get scary.”

ISIS’s tunnel borer has, as I mentioned, already been extensively tested beneath the Iraqi city of Mosul. And it works like a charm.

Keep in mind that these are only the two most interesting of Morrow’s ISIS discoveries. She’s found several more suicide cars, piles of AK-47s, and old ammunition. Really old – as in, from Nazi Germany.

Which is fitting, I suppose, given that both groups hate the Jews.

Discoveries like this only underscore one thing – we cannot, cannot, let up in the fight against ISIS.

Thank God Trump and our servicemen are willing to keep the fight going.