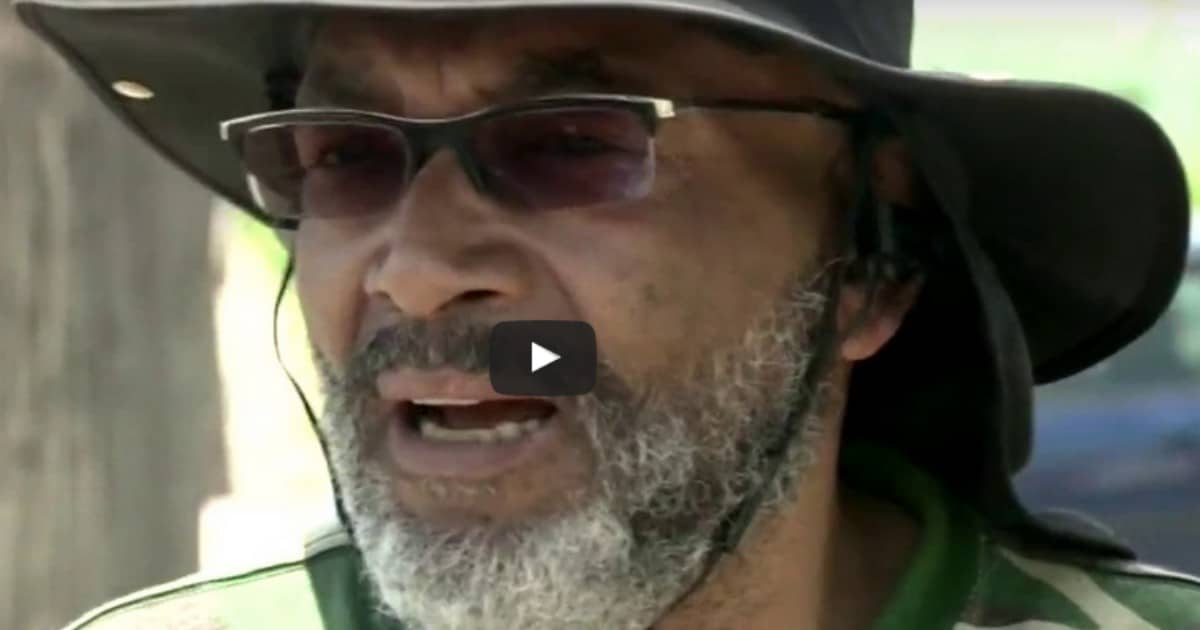 There is a reason our founding fathers crafted the Bill of Rights. They understood we live in a dangerous, unpredictable world. Sometimes we cannot count on our government, even police, to help us out. Sometimes, it falls to us—honest men and women—to protect ourselves.

That’s just what a 61-year old man learned recently. On his way to the local gas station, he didn’t expect to be confronted by a gun-wielding thug. All he wanted was a cup of morning Joe. Instead he was faced with a life and death situation, as a gun was pressed into his back.

Sadly this is an all-too common occurrence in Detroit, Michigan. In many parts of America, especially impoverished, liberal-controlled inner cities, gangs and criminal scum plague on the honest, hard-working citizens that keep those cities running.

Darius Summers is one of those people, an everyday bloke and musician. All he wanted to do was go about his day, when a 16-year old would-be robber by the name of Xavier Futrell came up behind him at the gas station, put a gun to his back, and tried to mug him.

Who knows what Futrell was going to do? Would it have been enough to take Summers’ money? Or would he have left the 61-year-old bleeding on the ground—a kill that would have given this punk street cred?

Fortunately, the situation didn’t turn out that way, as Summers was armed and ready to defend himself. 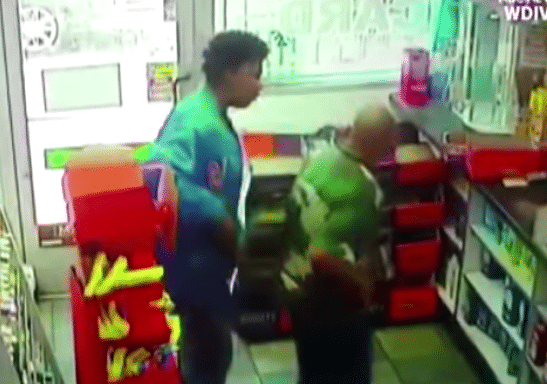 Detroit police say that the 61-year-old grandfather was standing in line at a gas station when he felt the barrel of a pistol pressed into his back and a teen thug started making one demand of him — hand over his gun.

In an instant, Summers drew his sidearm and put two bullets in the thug’s stomach. The footage shows Futrell drop his gun and stumble backward while trying to stay on his feet. He reaches for the gun he dropped and then crawled out the door…

“I didn’t shoot to kill, I shot to save his life,” Summers told a reporter. The 61-year-old mild-mannered musician had reportedly just walked down to the gas station for some coffee and ended up in a near fatal confrontation instead.

Summers, who just had his birthday, also said that he had just obtained his license to carry a concealed firearm. “I’d never been through this before. I’d never shot a gun before. I’d never … All this is new to me,” Summers said.

It would be a better world if we didn’t have to carry guns. But that’s not our lot in life. Honest, patriotic citizens often need to conceal carry weapons, in the hopes of making our cities safe. So one day, maybe our children won’t have to.

Summers’ quote is very important. He did not shoot to kill Futrell, he shot to save his life. Summers is no criminal. He is a law-abiding citizen. He had no “death wish” against this young man. He just wanted to show Futrell that crime does not pay.

There are many anti-gun activists in our society. They’ll mention young men like Futrell, who easily acquire guns to rob innocent civilians. But they ignore stories like Summers, who was armed himself and ready to fight back.

Summers actions were not done out of hate or a desire to punish this teenager, but to show him that American citizens aren’t the helpless sheep he was hoping them to be.

This is one of the reason why we lovers of the Second Amendment fight for it so passionately. There are many reason to own and safely operate a firearm. One of the most prominent is to protect yourself from criminals, assailants, and even terrorists.

As they say, the only thing that can stop a bad guy with a gun, is a good guy with a gun. You can’t deny that logic, when considering Summers’ story. Because he went out and got a CC permit and was armed that day, he came out of that situation alive.

Even his assailant was lucky. Things could have gone much worse. Had he killed that man, he would have been facing serious penalties. Perhaps this experience will wake him up. Perhaps he’ll change his ways.

At the very least, it’ll teach him and many other thugs, that more and more Americans are shooting back.