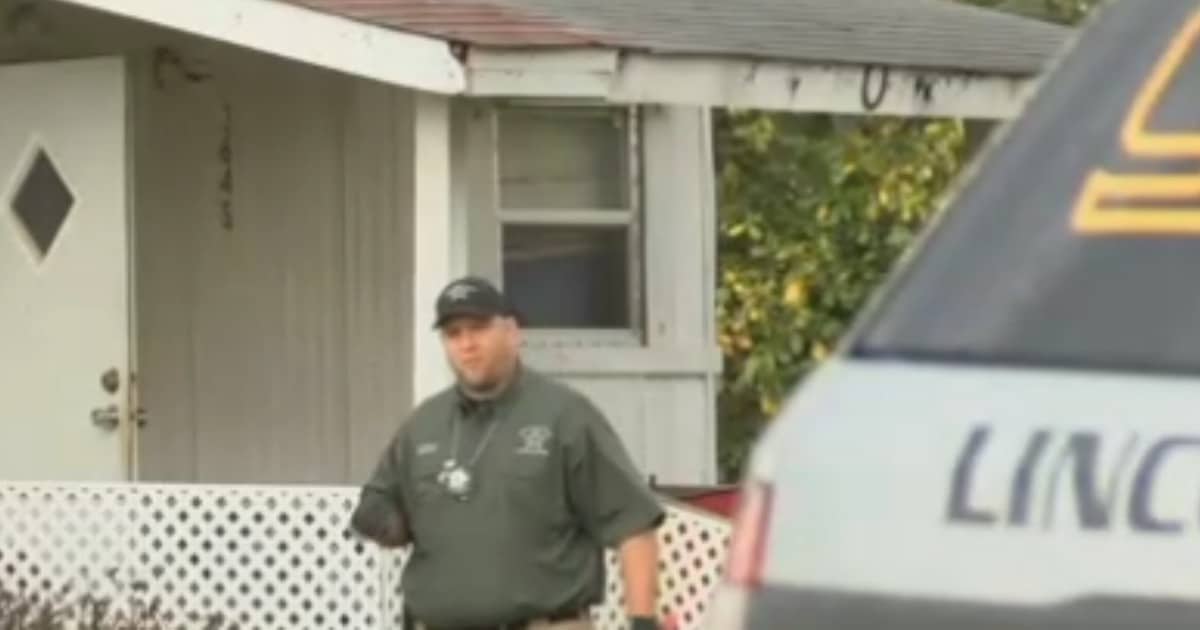 Just a few days ago, a crime occurred that liberals would much rather you not hear about.

This one, mind you, isn’t a crime that liberals committed themselves – although I wouldn’t blame you for thinking that. No, this is a brutal home invasion and robbery. The occupant is forced to the floor, with a gun against his head.

To liberals, everything about this screams ‘gun control.’ After all, if the burglars didn’t have firearms, this crime would likely not have occurred.

Which brings me to the end of the story, wherein the homeowner appears around the corner with her very own handgun.

Two alleged robbers who were pretending to sell guns door-to-door met their match at a Lincolnton home Saturday afternoon, when a woman emerged from a bedroom firing a gun of her own.

Within seconds, one of the suspects, 51-year-old Marion Palmer Yarborough, was dead and the second was on the run.

There’s more. As the DailyWire points out, the shot-and-killed Marion Palmer “was two months removed from finishing a seven-year prison sentence for robbery.”

And those guns that Palmer and his partner were selling? Stolen.

In short, two criminals with stolen guns forced their way into a home and threatened one of its occupants by holding one of those stolen guns to his head as he lay upon the floor.

I didn’t mention that? I should have. These two men were violent, and forced the man on the ground.

The man [refused to buy the stolen guns], which led to a squabble that escalated into the two men forcing their way into the home and holding the man at gunpoint on the floor. So, two criminals barge in, force the occupant on the floor, hold a gun to his head…and in walks the homeowner, with her legally obtained gun. She kills one of the intruders, and the other runs.

This story deserves a bit of analysis.

First off, for those liberals saying that Gun Control works, please note that the burglars were using stolen guns. It’s impossible to control stolen and illegal firearms. Conservatives, 1; Gun Control, 0.

Second, it’s extremely likely that the woman, with her handgun, saved her friend’s life. Without her firearm, this simply wouldn’t have happened. Conservatives, 2; Gun Control, still 0.

Third, one of the men had just gotten out of prison. Which meant that he was likely on parole, and under the supervision of law enforcement. And even then, he got a stolen gun, and tried to kill someone.

Which means that, no matter how good the cops are, sometimes they’re not enough. You need personal protection.