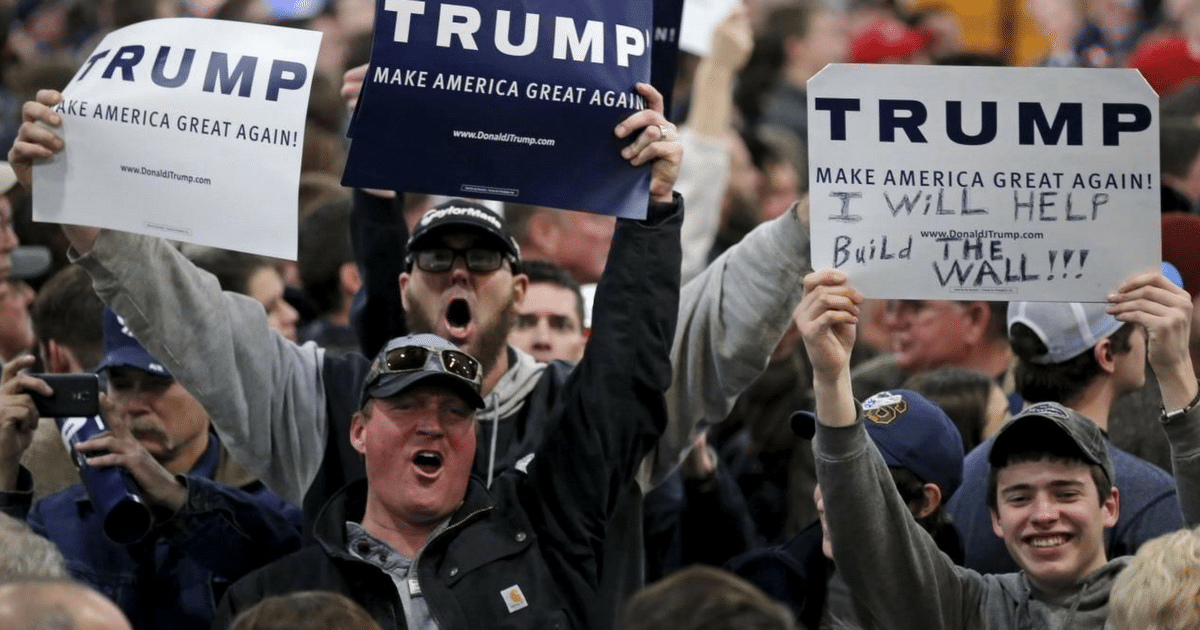 Liberal Hollywood media never fails to tell us one thing: if we’re born American and white, we’re the luckiest people in the world.

It seems to make sense, too. White people get all the best jobs. White people have rich parents, so they get the best educations. They never get pulled over by cops, and if they do, they don’t get tickets.

They don’t get shot.

It must be nothing short of paradise. Which is why it’s surprising that well over half of white Americans disagree – because they all say they’ve experienced one thing:

Yes, libs. It goes the other way, too.

A majority of white Americans believe they face discrimination of one kind or another in contemporary America, according to a new poll.

A 55 percent majority of white Americans feel that “there is discrimination against white people in America today.”

Clearly racism is ok when it's aimed by the left at white Americans https://t.co/yGlXyUE6qn #FoxNews

To be honest, I’m surprised the College one isn’t larger than it is. Maybe younger conservatives are more keen to blow off offense. Lord knows there’s enough liberalism at university to make conservatives think twice before speaking out against injustice.

Yes, I can see that happening.

50-year-old equipment operator Tim Musick noted  the implicit bigotry of claims that all white people are racist — a claim touted frequently by the liberal media.

“I think that you pretty much, because you’re white, you’re automatically thrown into that group as being a bigot and a racist and that somehow you perceive yourself as being more superior to everybody else, which is ridiculous,” he said.

“I’m just a man that happens to have been born white.”

Or, to put it more simply, ‘I’m just a man.’ We shouldn’t even have to add the ‘have been born white’ part.

Thing is, liberals, at one point in American history, standing up to the White Man was a brave and bold thing to do. It’s how minorities fought for their freedoms. But that was decades ago. You’re still fighting your grandfather’s fight.

And you don’t realize you’ve become the oppressors in the process.