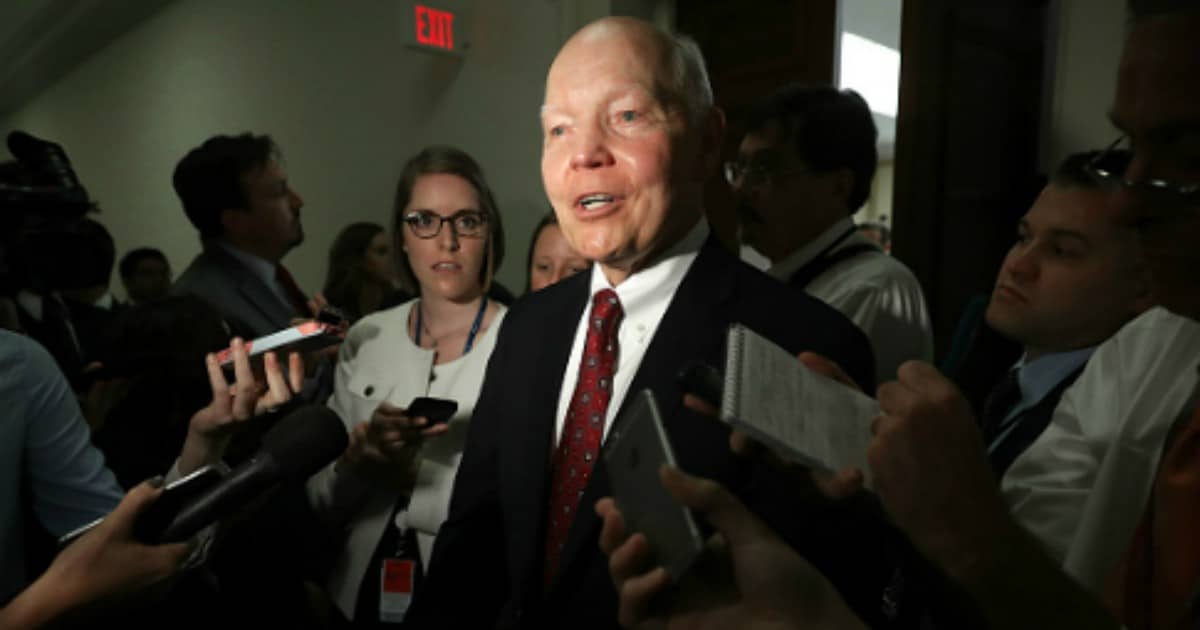 As it turns out, the corruption deep within the IRS is going to be harder to clean up than anyone thought.

The story is well-known, but worth the retelling – the IRS, with the encouragement of Barack Obama, targeted conservative businesses, conservative political groups, and especially Tea Party groups.

This was way back in 2010, when anger at Obama’s radical policies was causing the country to shift to the right.

It might have been a decisive shift, too, if some of those conservative groups had been fully operational and off the ground before 2012.

But you can’t be fully operational without official tax-exempt status. And that status is granted by…you guessed it…the IRS. And none of those exemptions were given until after the election.

It was a dirty trick. And it’s made conservatives furious. And they’ve rightly asked the IRS Commissioner, John Koskinen, to step down. But his infuriating answer was simple:

IRS Commissioner John Koskinen says he will finish his term through November despite congressional calls for him to step down immediately. 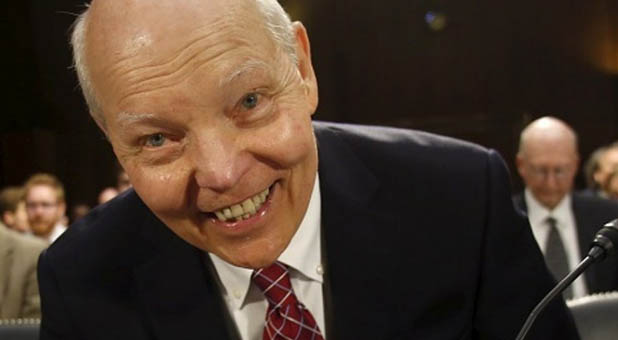 14 committee members sent a letter to President Donald Trump asking him to replace Koskinen as soon as possible.

“Trust in the IRS is hitting rock-bottom under IRS Commissioner John Koskinen,” the members wrote. “Not only was key evidence relevant to this Committee’s investigation destroyed under his watch, but he also misled Congress in the process.”

That phrase, ‘key evidence relevant to this Committee’s investigation’? If you forgot, that refers to Koskinen’s emails about the tax-exempt status for Tea Party groups.

The emails were – wait for it – deleted. Apparently, this is just an everyday thing for Democrats.

“We believe that trust cannot be fully restored under Commissioner Koskinen’s leadership. We are writing to request the removal of John Koskinen as commissioner of the IRS and to request that a new leader be put in place as soon as possible.” Koskinen didn’t just say ‘no.’ He made it clear that he’s not done with politics, period.

“It’s my plan, I signed up for a term that ends in November, where I come from if you sign up for a commitment, you complete that commitment,” Koskinen said.

“I should warn you…don’t necessarily assume you’ve seen the last of me,” [Koskinen] said.

“While I plan to retire in November, I could come back in some other position one of these days, ’cause after all I’ve already failed retirement twice.”

Koskinen, as he said, is finished with his term in November. That’s seven more months of thumbing his nose at the American people.

He needs to go, before he does more damage to the conservative cause.