Leave it to the mainstream media to undermine any legitimate attempts at improving our national security.

Long ago, reporters worked very hard to uncover real problems. They put themselves in the line of fire to expose corruption in business, government, and law enforcement.

Citizens could trust that their local newspapers were holding their society accountable, because of their commitment to journalistic integrity.

Those days are long gone. The media has become a front for the corrupt, deceitful, and incompetent Democratic Party.

They ignore real abuses in our government, attack good people, and spin stories into fake news.

All that we are left with are lies and twisted facts. Such is the case with recent improvements to the TSA’s security screenings.

The Transportation Security Administration has rolled out changes to pat-downs at airports, which some travelers said resulted in more invasive screenings at airports.

The pat-downs don”t involve any additional areas of the body, and will still be performed by agents of the same gender as passengers, the agency said.

Previously, agents used several different types of pat downs to choose from after travelers set off the metal detector or were otherwise flagged for security concerns, but the new rules establish one standardized pat-down procedure that is more comprehensive. Nico Melendez, a public affairs manager at the TSA, said the procedure was streamlined to reduce confusion and lessen the cognitive burden of officers after the TSA faced a record number of firearms detection during the week of February 20.

Agents found 79 firearms, 21 of which were round chambered, setting a new record from its highest number of 18 firearms in 2014.

Oh, “some” travelers are calling the pat-downs invasive? I guess that means our screeners shouldn’t do their jobs.

For years the TSA has struggled to implement better screening measures to ensure a safe flight for citizens, while protecting their privacy. But the bottom line is if you’re going on an airplane, you’re going to have to face some measure of screening.

NBC managed to dig up “seasoned traveler” Joel Stratte-McClure to complain about the new measures. 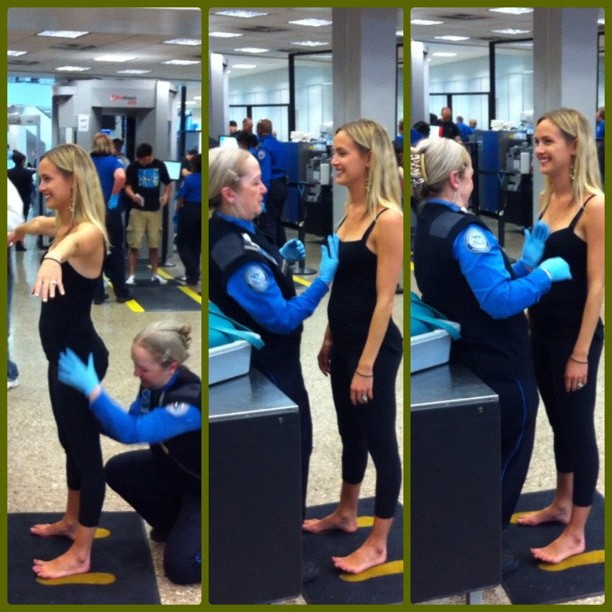 “This was the most intriguing, intense and invasive pat down I’ve had by the TSA since they came into existence,” Stratte-MCClure said in an email to NBC News. “Usually it’s comparatively perfunctory (the gold bracelet on my right wrist sets off every security alarm in the US).”

Stratte-McClure said he is curious why it took the TSA fifteen years to understand that people conceal weapons in their pants, and doubted that the new pat-downs would be much more effective than the old ones, which he said didn’t work in the first place.

More fake news. Since when did we take the word of a “seasoned” traveler over the experience TSA agents, you know the ones whose job it is to screen people?

But NBC would rather you believe a guy who wears a gold bracelet through a metal detector, rather than the professionals.

Whatever works for their smear campaign. This is why more and more people refuse to trust the liberal media.

Even a basic story like this is distorted by their slanted views. Instead of helping the TSA keep our airplanes safe, they look for reasons to undermine them.

How long before we stop listening to these clowns?