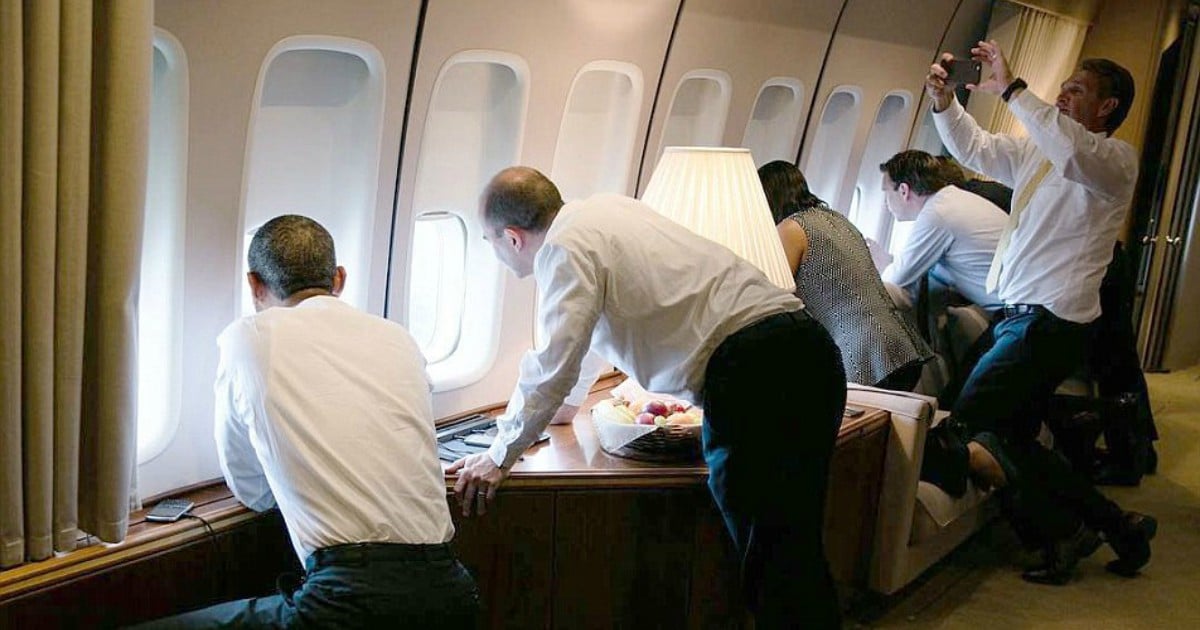 When traveling across the country or around the world, the President of the United States is most vulnerable.

As the leader of the Free World, the President enjoys a certain level of security. Secret Service agents watch him and his family at all hours of the day. This is because as our President, he is a highly visible and important world figure — and target.

This is especially concerning when he travels around the world. As our President, he must frequently visit various dignitaries and heads of state, both in the United States and abroad.


He also travels to many places in our country, to meet with important leaders, business owners, and everyday supporters.

All this travel requires an extremely high level of security. Secret Service works with local and state law enforcement wherever the President goes, often days in advance, to ensure that there are no security holes a criminal could exploit.

When traveling, they are especially careful. Air Force One, the President’s personal fortress with wings, has a great measure of clearance when flying. Planes are not allowed to get close to the aircraft, more so than any other plane.

Which is why reporters aboard the plane found it so shocking to see something dangerously close to the President’s aircraft.

A U.S. military plane appeared to come unusually close to Air Force One moments before the jet carrying President Donald Trump landed at Joint Base Andrews on Sunday.

The sighting aboard Air Force One of a C-17 Globemaster occurred at 6:23 p.m. (2223 UTC) as the presidential aircraft was descending into its home base located in the state of Maryland, just outside Washington.

Air Force One took no evasive measures and there was no indication it was in any danger. The presidential flight landed without incident at Andrews six minutes later…

Those from the media who saw the other plane, including a television audio technician who has been flying on Air Force One since the Carter administration, agreed they had never witnessed such a close encounter aboard the presidential aircraft.

“I would say beyond all doubt that this is a strange occurrence,” said a retired U.S. Air Force Lt. Colonel commenting on the incident, who was quoted by Strategic Sentinel, which specializes in geospatial intelligence.

Air Force One is often given more separation by air traffic controllers beyond the typical 300 meters vertically or 4.8 kilometers horizontally spacing.

Above all else, the safety of the President and all those aboard Air Force One is priority. If there is even a hint of trouble, the plane will stay grounded or take emergency measures to land.

For another plane — and a military one at that — to get so close, is very bizarre. While there seemed to be no danger and the plane landed safely, the fact that there has been no official word on the event does raise questions.

Was there some credible threat that the military was responding to? Was the C-17 quietly escorting Air Force One, simply out of an overabundance of caution?

Or perhaps it was simply a mix-up and the military plane left the ground prematurely?

The last possibility is exactly the most concerning.

Considering the extreme measures Secret Service takes to protect the president, for another random plane to get that close without any security checks or clearance suggests a hole in their planning.

Remember, this is the same Secret Service who let two people jump over the White House fence and also left a car unlocked, leading to a laptop with sensitive information to be stolen.

Our President and First Family deserve the highest quality protection. For the Secret Service to make these sloppy mistakes is simply unacceptable.